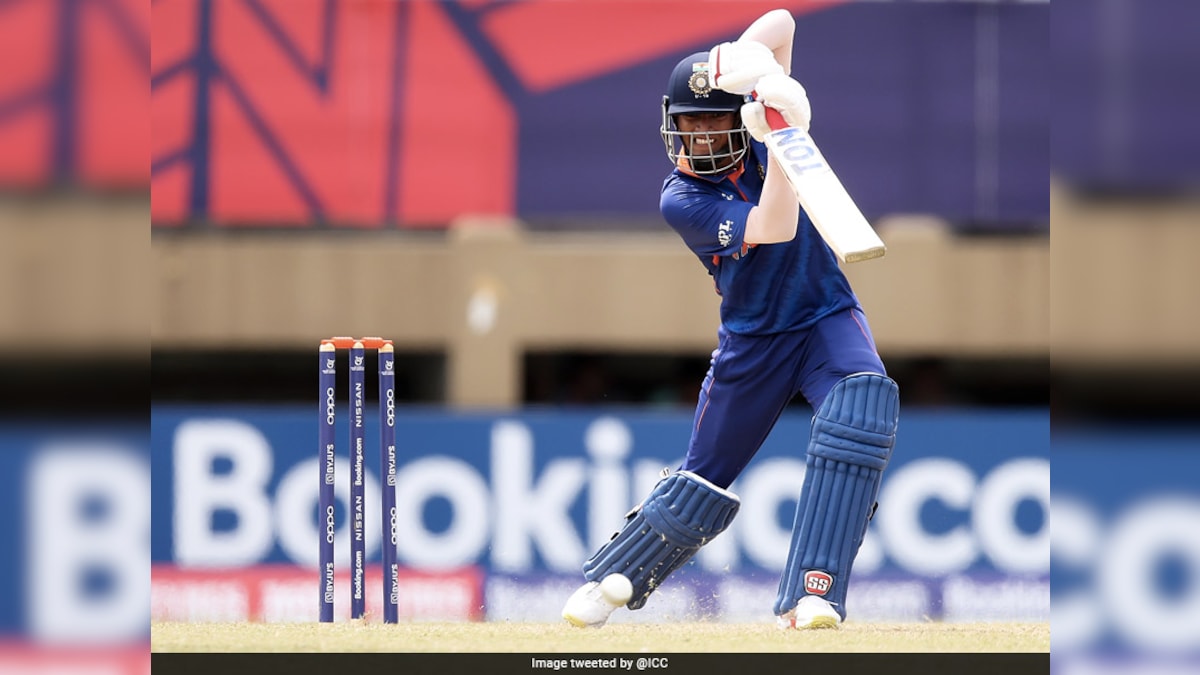 India U19 captain Yash Dhull led the team from the front in the ongoing semi-final clash of the ICC U19 World Cup against Australia in Coolidge, bringing up a well-timed century to take his team to a big total. Dhull was eventually run out at the non-striker’s end on 110 off 110 deliveries, but by then he had put his team on course for a 250-plus total. India were in a spot of bother after Dhull decided to bat on winning the toss. Both openers, Angkrish Raghuvanshi (6) and Harnoor Singh (16), found the going tough in the initial overs and were sent packing with the score on 37/2 after 12.3 overs. This brought captain Dhull in the middle along with his deputy Shaik Rasheed.

The duo slowly started the repair job as they went about their business without taking any risks. Once settled, the duo played their shots and made the most of the big ground by running a lot of singles and doubles.

Dhull looked in rich form as he hit six boundaries on way to bringing up his half-century. A crucial knock in an important encounter with his team needing to stand up.

Rasheed too played a very good hand, scoring at a steady pace and kept the partnership ticking. He too followed his captain and brought up his half-century, but was dismissed for 94. The partnership was worth 204 runs.

Remember, both Dhull and Rashid were down with Covid a few days back as there was an outbreak in the Indian camp.

Both the players returned for the crucial quarter-final clash against defending champions Bangladesh.