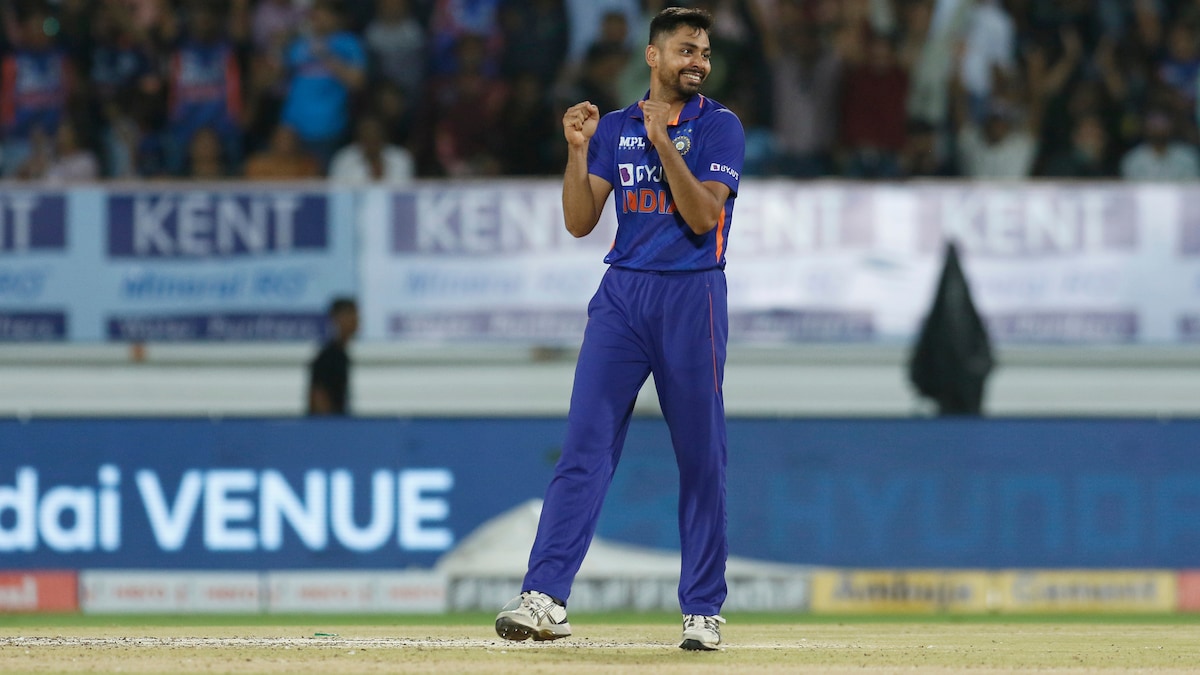 Having already sealed the series, India will be facing West Indies in the third and final ODI at the Queen’s Park Oval in Trinidad. The guests won both the first two games by narrow margins. While the first one saw them clinching a three-run win on the last ball of the match, the second game saw them winning by two wickets with as many balls to spare. In the second ODI, India had dropped Prasidh Krishna but his replacement Avesh Khan, who made his ODI debut, also went wicketless and leaked runs at a higher economy.

With the series already in their bag, will India be tempted to give an opportunity to Arshdeep Singh, who has been waiting in the wings for long?

Here is what we think could be India’s playing XI for the third ODI vs West Indies:

Shikhar Dhawan (captain): After playing a 97-run knock in the first ODI, Dhawan failed to impress in the second game with a struggling 13 off 31. However, the player has performed well on the captaincy front.

Shubman Gill: The right-handed batter continues to throw his wicket after good starts. In the first game, Gil was run out on 64 due to poor running, while the second game saw him missing his half-century by 7 runs as he was dismissed while trying to play a scoop shot.

Shreyas Iyer: The batter has been on song. In the first game, he hit a 54 off 57, while in the second game he scored 63 off 71. He is India’s highest run-scorer in the series.

Suryakumar Yadav: The right-handed batter has failed to perform in the first two games. He has scored only 22 runs across two innings against West Indies.

Deepak Hooda: The player has failed to take his innings deep. He had scored a 27 off 32 in the first ODI and followed it with a 33 off 36.

Sanju Samson: The wicket-batter was in good touch in the second ODI in which he scored a valuable 54 off 51 balls that included three fours and as many sixes.

Axar Patel: The southpaw had failed to impress of late, until he stole the show in the second ODI. After taking a wicket during his economical spell, Axar hit an unbeaten 64 off 35 balls to become the protagonist of India’s series-clinching win over West Indies.

Shardul Thakur: He had returned figures of 2 for 54 in eight overs in the first game, while the second game saw him putting a further better performance — 3 for 54 in 7 overs. He is the highest wicket-taker in the series.

Mohammed Siraj: The right-arm pacer returned figures of 2 for 57 in his 10 overs in the first ODI, while in the second game, he remained wicketless during his quota of 10 overs and conceded 47 runs.

Avesh Khan: The right-arm pacer failed to impress in his maiden ODI match as he conceded at an economy rate of 9 in his 6 overs. Meanwhile, he also remained wicketless. Though Arshdeep Singh is also warming the benches, India might put their trust on Avesh and give him one more game.