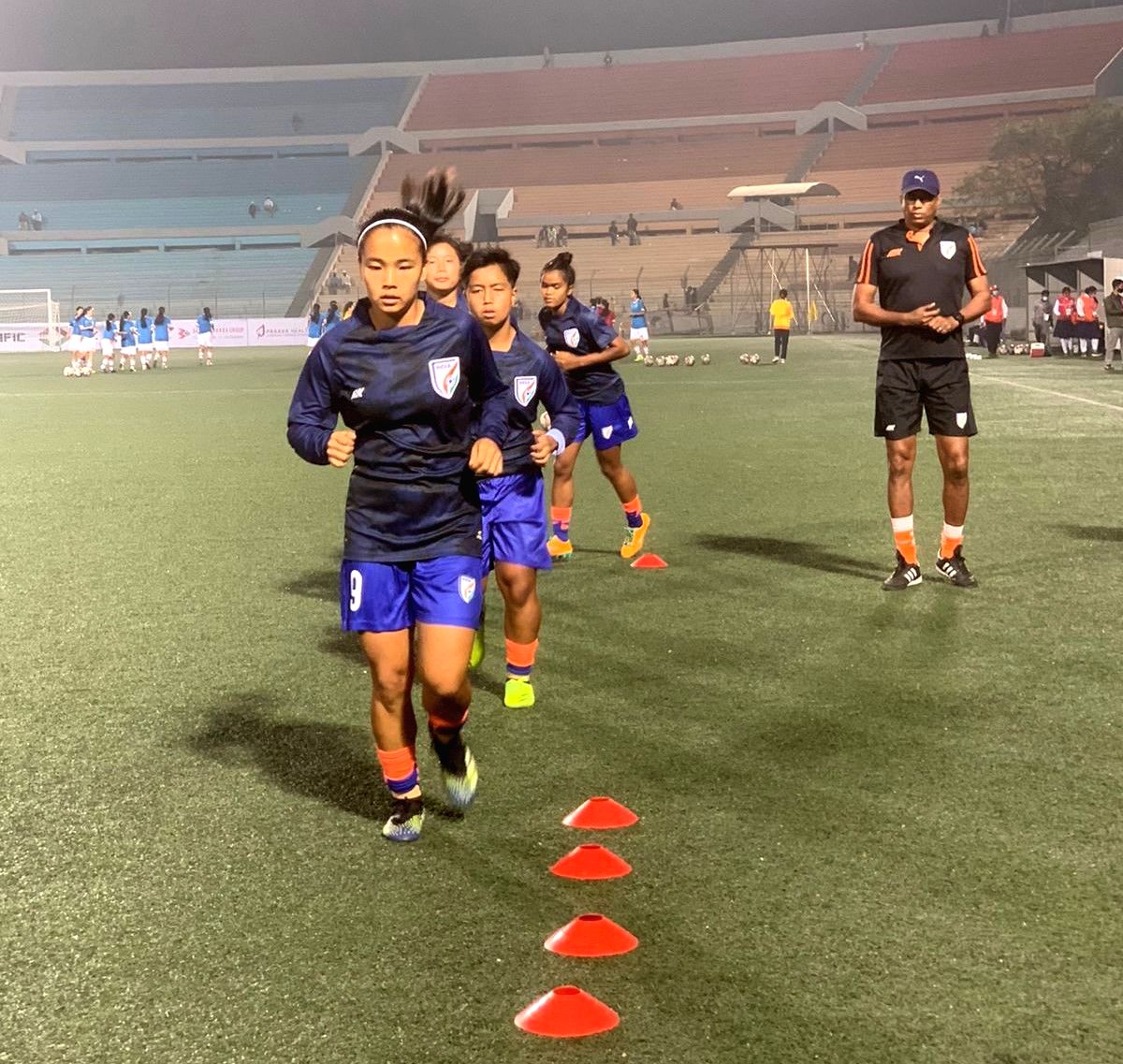 Dhaka, Dec 15 : The Indian U-19 women’s football team secured their second consecutive victory in the SAFF U19 Women’s Championship after they blanked Bhutan 3-0, here on Wednesday.

India started the match in a dominating fashion. Their hard work and high-pressing bore fruits as early as the 7th minute when Sumati Kumari opened the scoring. A low cross came in from the right via Amisha Baxla, and Sumati was positioned at the far post to put it into the net.

Bhutan tried to get back into the game but they were never able to put the Indian defence under much pressure. Priyangka Devi was the orchestrator in midfield for India, delivering some wonderful set-pieces.

In the 17th minute, Priyangka curled in a wonderful corner from the left, and Shilky Devi got on the end of it but her header went off target.

India kept on attacking and eventually found their second goal through another set-piece. This time, India got a free-kick on the edge of the box and Priyangka Devi powered home a swerving left-footer to beat the goalkeeper.

After the break, India continued to put pressure on the rival defence. It paid off when a cross from Kristina Devi in the 53rd minute was put into the net by Priyangka to score her second goal of the game. Mariyammal was booked in the 58th minute.

Lynda Kom had a couple of good chances to score but the Bhutanese goalkeeper produced some fantastic saves to keep her at bay.

India will next play hosts Bangladesh on December 17.