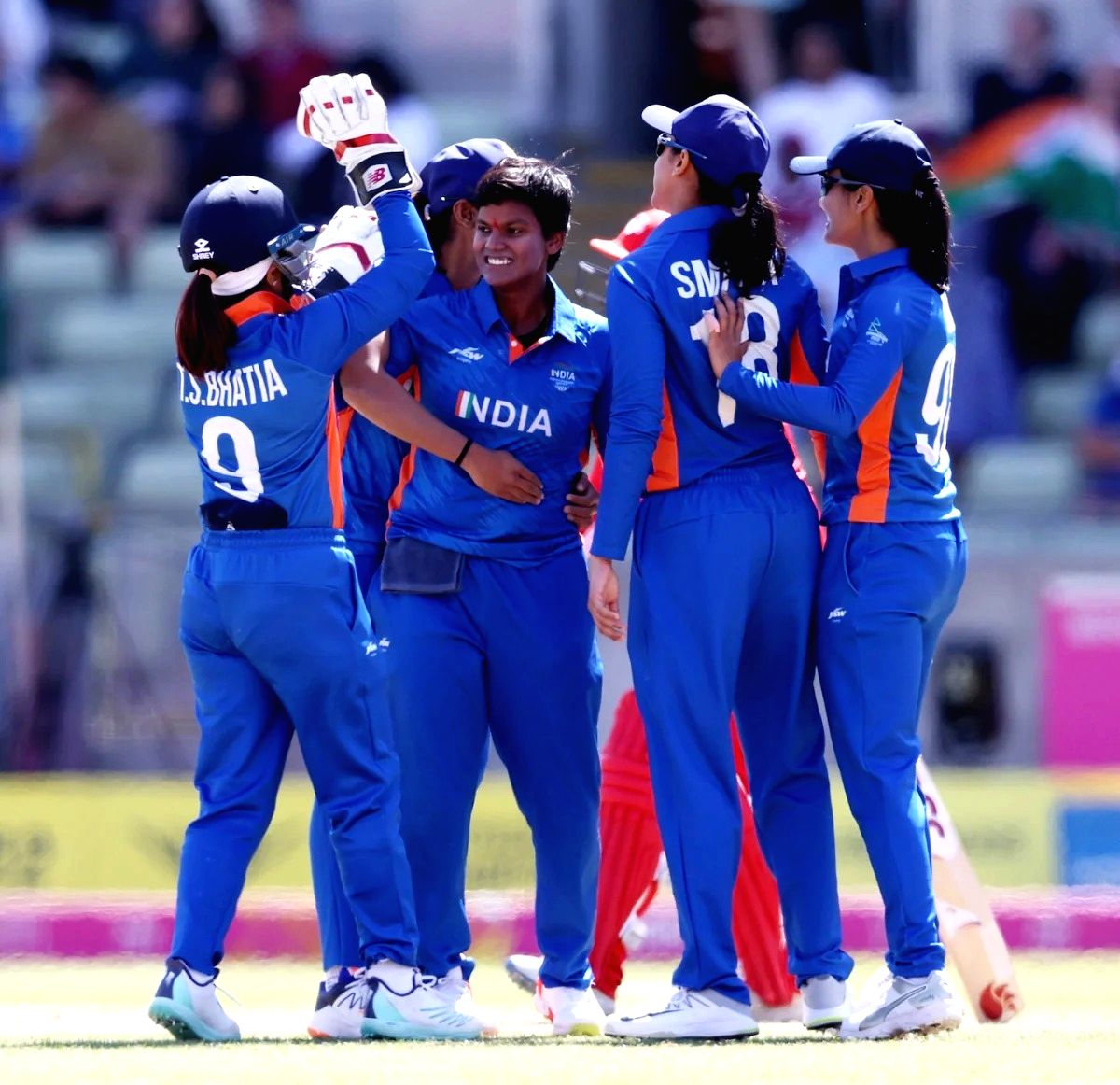 Birmingham, Aug 6 : India are through to the final of 2022 Commonwealth Games women’s T20 after defeating England by four runs in a thrilling semifinal at Edgbaston on Saturday.

India will now face either Australia or New Zealand for the gold medal match in the final on Sunday while England now enter the bronze medal match scheduled for the same day.

Just like India, England were at 113-3 in 14 overs, needing 48 runs off the last 30 balls. Amy Jones hit two fours in Shafali Verma’s part-time off-spin to take 15 runs off the 16th over. A tight three run over from Deepti Sharma brought India back in the match.

With 30 runs needed off 18 runs, captain Nat Sciver called for a risky single and Amy Jones was run-out well short of the crease at the non-striker end from Radha Yadav’s throw. Nat, despite not being at her fluent best, hit a six off Pooja Vastrakar and got leg byes.

But on the very next ball, she was caught short of the crease by a flat throw from Smriti Mandhana at deep mid-wicket. Despite having three fielders in the deep as they were slow on over rate, Sneh Rana defended 14 off the final over, including taking out Katherine Brunt, to assure India of its first medal in women’s cricket at Commonwealth Games.