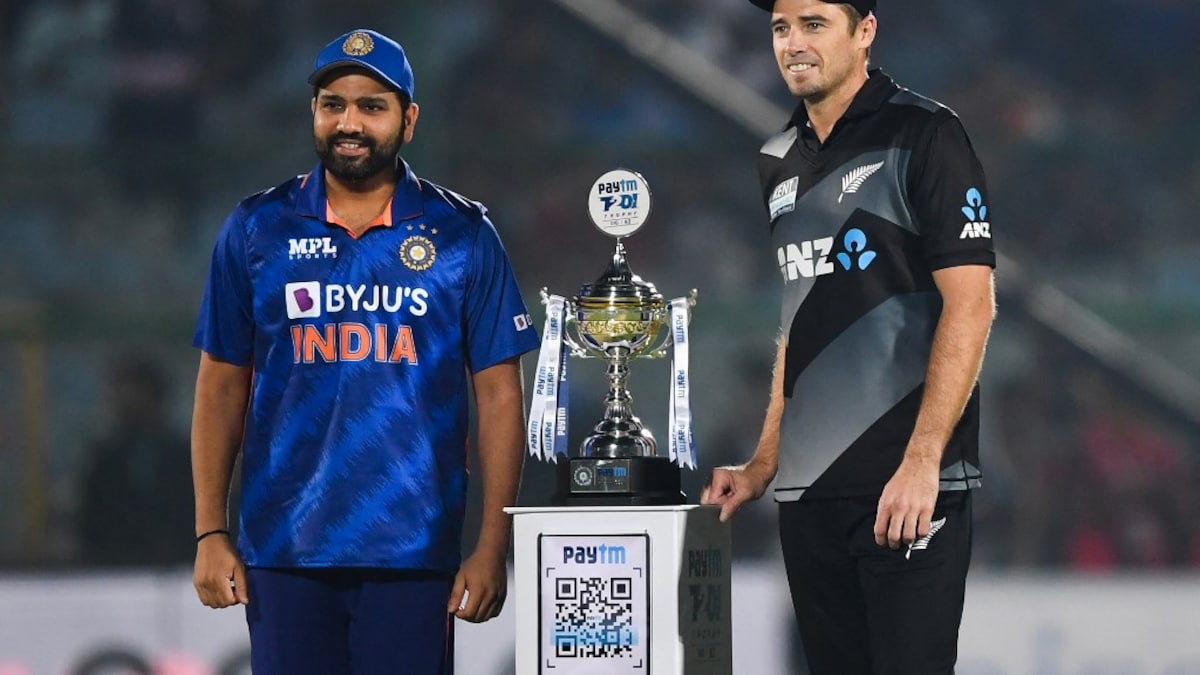 New Zealand captain Tim Southee feels the side’s hectic schedule impacted its ability to adapt better to the tricky Indian conditions as the hosts took an unassailable 2-0 lead in the three-match T20 series. New Zealand arrived in India less than 24 hours after losing the World Cup final to Australia. Playing a three-match series three days after the T20 World Cup final, the Kiwis suffered their second defeat on the trot, going down to India by seven wickets in the second T20I on Friday.

“It’s been a hectic schedule on the back of the T20 World Cup, I just don’t think we adapted to the surface as well as we could have,” Southee said at the post-match conference.

India have also had luck on their side as new T20 skipper Rohit Sharma won both tosses and successfully chased down the totals. On Friday, the Kiwis started off in an explosive fashion going over 10 runs per over in the powerplay but they could not capitalise in the middle overs and were restricted to a modest 153/6.

Under dewy conditions, India knocked off the total with 16 balls to spare to take an unassailable 2-0 lead going into the final T20I.

“There was heavy dew throughout the whole night and it affected both sides. It’s tough, you can obviously train with a wet ball but we’re not able to adapt as we would have liked. Credit to the Indians they outplayed us,” Southee said.

“We needed to take early wickets to put them under pressure. For me, I was just trying to replicate what they did, which looked hard during our innings.

“It was tough for our spinners to get a good grip on the ball. But yeah, like I said they were just just too good tonight,” he said.

The result meant that the Kolkata match would be a dead rubber but Southee hopes to end the series on a high before the two Tests.

“The goal is to get one last push before we get home after the next game. That’s another opportunity to represent your country. So I don’t think you need any extra motivation to get yourself up.

“It’s a great place to play cricket coming here tonight in front of a full house. It’s just an amazing place to play it so I’m sure the guys will be able to pick it up and finish the tour on a high,” he signed off.