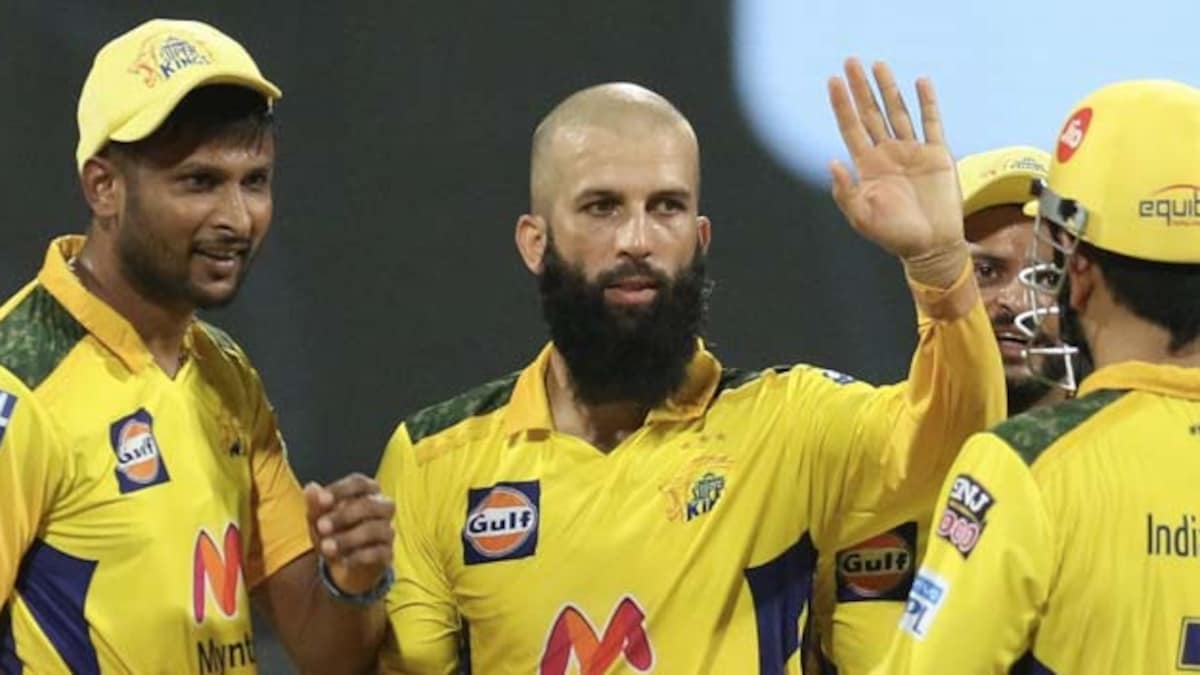 The Indian Premier League (IPL) 2022 will begin on March 26 with defending champions Chennai Super Kings (CSK) squaring off against Kolkata Knight Riders (KKR). Ahead of the high-voltage clash, CSK have received a body blow as England all-rounder Moeen Ali will be missing the game as he has not yet got his visa. The franchise will now hope for Moeen Ali to be available from the second game onwards.

“He has still not got his visa. We have also got in touch with BCCI. BCCI is also working on it,” an official CSK release quoted franchise CEO Kasi Viswanathan as saying.

The CSK CEO also stated that right now it is not known when Moeen Ali will be available. Due to the visa delay, it has been confirmed that Moeen would not be available for the match against KKR.

Last season, CSK had defeated KKR in the final to win their fourth IPL title.