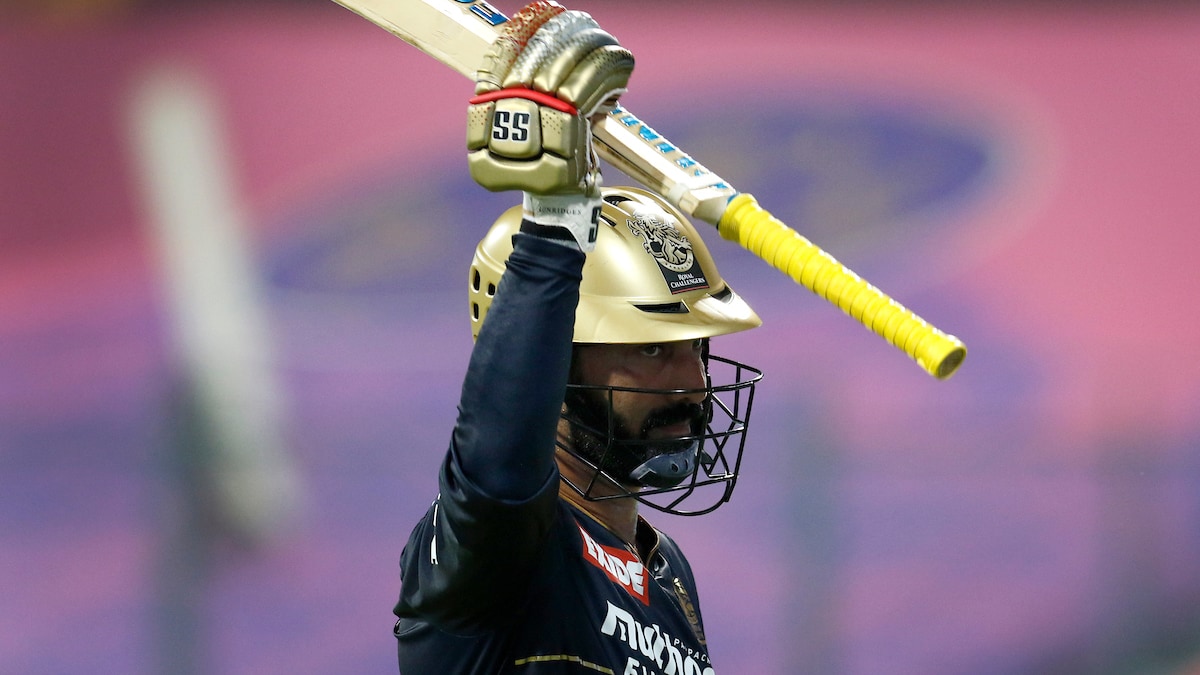 Dinesh Karthik batted with authority in his unbeaten 34-ball 66 before the bowlers staged a fine comeback as Royal Challengers Bangalore defeated Delhi Capitals by 16 runs in the Indian Premier League here on Saturday. Karthik blazed away after Glenn Maxwell hit seven fours and two sixes in his 55 off 34 deliveries to take RCB to 189 for five. In reply, the Capitals could only manage 173 for seven despite David Warner’s sensational 38-ball 66. It was RCB’s fourth win in six games and they are now third on the points table while Delhi slumped to their third loss in five outings.

Chasing 190, DC were off to a flier with Warner and young Prithvi Shaw (16) pummelling the RCB bowlers into submission, the duo racing to 50 before Mohammed Siraj dismissed the Indian.

Warner was then joined by compatriot Mitchell March, who was playing his first match for the Capitals. The all-rounder, who is coming off a hip injury, looked rusty and struggled to hit the ball.

But that didn’t dampen Warner’s spirits as the southpaw continued to strike the ball with perfection as his family cheered him on from the stands.

The 35-year-old cracked five sixes and four fours before his fiery knock was brought to an end by Wanindu Hasaranga.

The Australian’s wicket signalled a shift in momentum as RCB made a strong comeback with Delhi losing a flurry of wickets.

First, Marsh’s painstaking knock 14 off 24 balls came to an end thanks to a bizarre run out. Josh Hazlewood (3/28), who was exceptional, then bowled a brilliant 15th over, dismissing Rovman Powell for a first ball duck and then accounting for Lalit Yadav (1).

Delhi’s hopes were pinned on the big-hitting Pant (34), who did hit some lusty blows, but his whirlwind innings was brought to an end by a one-handed blinder from Virat Kohli.

Shardul and Axar Patel managed to play some big shots but the RCB bowlers had other plans as DC fell short.

Earlier, the Capitals’ bowlers performed as a well-oiled unit initially with Shardul Thakur (1/27), Khaleel Ahmed (1/36), Axar Patel (1/29) and Kuldeep Yadav (1/46) doing well but bled runs in the slog overs as Karthik and Shahbaz Ahmed (32 not out) added 74 in the last five.

Karthik, who has been revelling in his role as a finisher this season, hit five fours and as many sixes in his sensational knock.

DC made full use of the coin landing in their favour as they put pressure on RCB early on with tight fielding and good bowling.

The Delhi bowlers managed to snare two wickets in the powerplay overs while giving away 40 runs.

Thakur produced a beautiful inswinger that curled into Anju Rawat (0) to give Delhi the early breakthrough. Khaleel Ahmed then made it two as he accounted for the dangerous Faf du Plessis.

It was then that Maxwell took the onus upon himself as he pummelled Kuldeep Yadav for 23 runs in the ninth over. The all-rounder hit top gear as he smashed the ball to the fence twice and over it a couple of times.

His half-century came soon after as he continued to hit the Delhi bowlers all round the park.

However, Kuldeep extracted his revenge a few overs later as the ball caught the Australian’s bat’s toe and Lalit Yadav completed the regulation catch.

With Maxwell gone, Karthik and Shahbaz joined forces. The wicketkeeper made batting look effortless as he cracked four boundaries and two maximum off Mustafizur to plunder 28 runs off the 18th over.