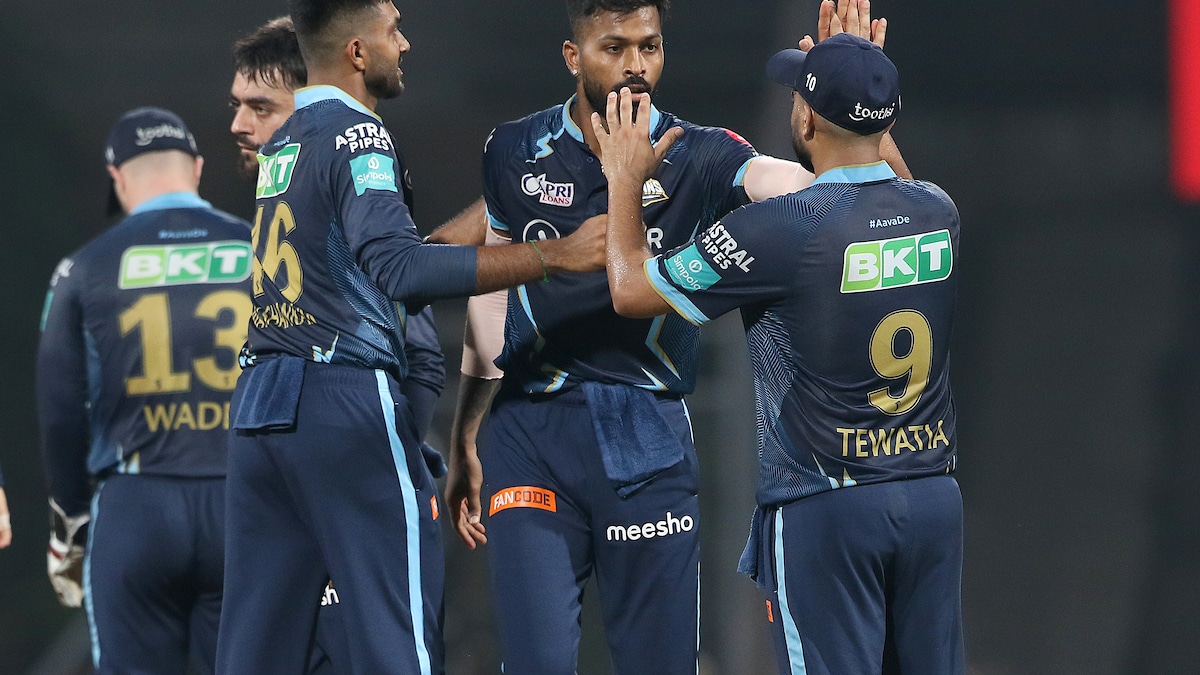 Skipper Hardik Pandya enhanced his reputation as a number four batter with an unbeaten 87 off 52 balls as Gujarat Titans trounced Rajasthan Royals by 37 runs in the Indian Premier League here on Thursday. Hardik, whose strike rate and approach has been questioned at his new position, played responsibly when it was needed before displaying the power he is known for to lead Titans to 192 for four after being sent into bat. The in form Jos Buttler (54 off 24) provided another flying start to Royals but the rest of the batting unit did not deliver as the innings ended at 155 for nine in 20 overs.

Young left-arm pacer Yash Dayal (3/40) impressed on IPL debut while Lockie Ferguson (3/23)) got the important wicket of Buttler, who was deceived by the New Zealander’s slow yorker after a series of quick deliveries.

Ferguson also dismissed Ravichandran Ashwin in the same over after the senior India spinner was promoted to bat at number three.

The other notable contribution to Royals’ innings came from Shimron Hetmyer (29 off 17). From 56 for one, Royals slipped to 90 for five and could not recover from there on.

Hardik, who has been bowling regularly this season, also picked up a wicket but he took himself off the attack in the 18th over after feeling a little discomfort in the groin area.

With their fourth win in five games, Titans displaced Royals from the top of the points table. It was Royals’ second loss in five games.

Earlier, Hardik found an able ally in Abhinav Manohar (43 off 28) before he exploded in the company of David Miller (31 not out off 14) to power the IPL debutants to their highest score of the tournament.

Hardik and Manohar shared an 86-run stand for the fourth wicket before the skipper and Miller blasted 53 off 25 balls to end the innings in style.

After being put in to bat, Gujarat found themselves reeling at 53 for three.

Miller, who overall hit five boundaries and a six, fetched 21 runs in the penultimate over off Kuldeep Sen (1/51).

To start with, Hardik was aggressive on pacer Kuldeep as he hammered him for three successive boundaries in the fifth over.

He then fetched his first maximum in the seventh over, when he clobbered Riyan Parag over his head.

The duo upped the ante when Manohar launched into inform Yuzvendra Chahal, hammering him for a four and maximum, a lofted inside-out drive over cover. The two then took on Kuldeep, hammering him for three boundaries in the 14th over, where Hardik also notched up his fifty, with a cut towards backward point fence.

And in the next over, Hardik clobbered two successive maximums off seasoned spinner Ashwin, who leaked 16 runs in the over.

With Titans reaching 130 for three in 15 overs, the stage was set for a big total.

Titans slipped to 15/2, as Vijay Shakar (2) also perished cheaply and then a rusty looking Shubman Gill (13) became Parag’s first victim, after he was caught by Shimron Hetymyer at the long-on fence.

Royals missed the services of lead pacer Trent Boult who was ruled out of the game due to a niggle.