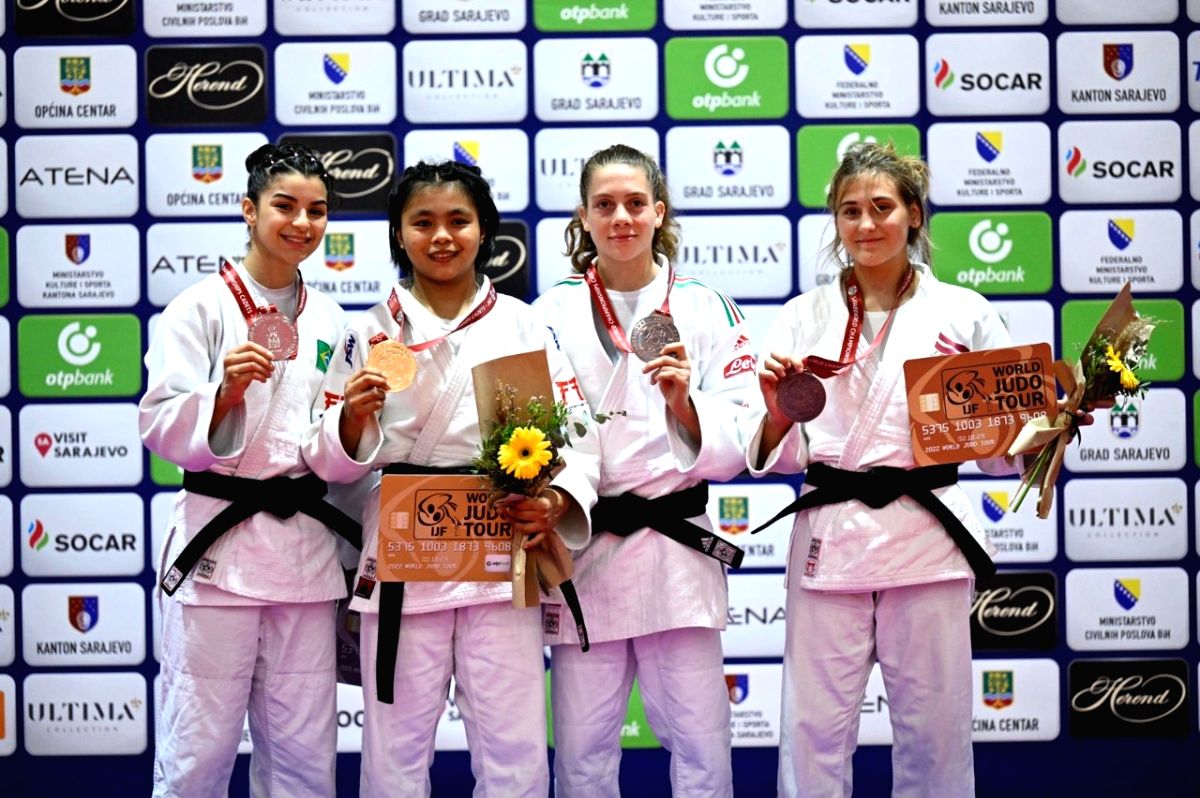 New Delhi, Aug 27 : Indian teenager Linthoi Chanambam claimed a historic gold at the World Cadet Judo Championship in Sarajevo, becoming the first from the country to win a medal in the tournament across any age group.

The 15-year-old from Manipur defeated Brazil’s Bianca Reis to finish on top of the podium in the women’s 57kg contest held in the capital of Bosnia and Herzegovina.

“LINTHOI WINS 1st EVER GOLD AT WORLDS. Reigning Asian Champion Linthoi Chanambam (W-57kg) defeats Bianca Reis 1-0 to win at Cadet World C’ships 2022. She scripts history to become Champion by winning 1st ever medal for India at the Worlds across any age-group,” the Sports Authority of India (SAI) said in a tweet on Friday.

As per SAI, Linthoi is a ‘TOPScheme’ development group athlete.

In July, she won a gold and opened India’s medal account on the third day of the Asian Cadet & Junior Judo Championship 2022 in Bangkok. Linthoi claimed her gold medal in the 63kg category of the cadet event.