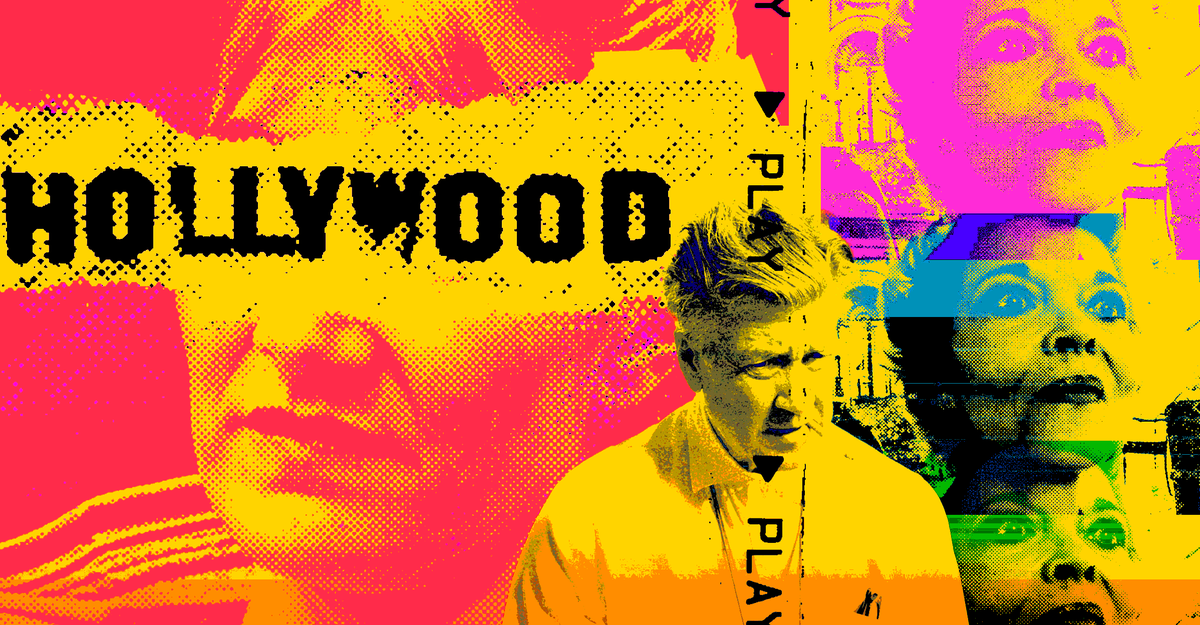 One day, deep into production on David Lynch’s 2006 film, Inland Empire, a producer approached the actor Laura Dern in a panic, trying to parse a strange request from the director. “He took me aside and said, ‘Laura, David called me this morning, and I can’t figure out if it’s a joke,’” Dern, the movie’s lead, recalled in an interview. “‘He said, “Bring me a one-legged woman, a monkey, and a lumberjack by 3:15.”’ I said, ‘Yeah, you’re on a David Lynch movie, dude; just sit back and enjoy the ride.’”

By 4 o’clock, shooting had begun with the lumberjack, monkey, and one-legged woman all on set—they’re all prominently featured in the compellingly inscrutable final sequence of Inland Empire, which has been recently remastered and is now touring cinemas around the country. The anecdote is a testament to how classically “Lynchian” the film is, loaded with visual details that invite intense analysis but defy plot logic. But it’s also illustrative of the unique way Inland Empire was made, what sets it apart from the rest of Lynch’s oeuvre, and the unexpected strength of surreal storytelling. Unlike the rest of his movies, Inland Empire was created without a complete script. Instead, Lynch would write specific scenes as he went along, gather his actors for filming, and then repeat the process again over the course of about three years.

“I would … shoot that scene, not knowing if it would ever hook on to any other scenes,” Lynch said in that same interview, “and not knowing if it would go, you know, wherever. I didn’t think about it.” Dern told reporters at the film’s premiere that she had no idea what the movie was about, but hoped that seeing it would help. Her co-star Justin Theroux said that trying to figure out what was going on in Inland Empire had become an on-set “pastime” for him and Dern. “I couldn’t possibly tell you what the film’s about, and at this point, I don’t know that [Lynch] could,” he said.

Almost every Lynch film is a mystery to unravel, as is his television masterwork, Twin Peaks. Inland Empire, however, is on its own island of pure impenetrability. Yes, long theories have been written up to try to impose narrative consistency on the film, which follows the actor Nikki Grace (played by Dern) as she embarks on a seemingly cursed movie project and disappears into the character she’s playing. But to me, the spontaneity of Lynch’s creative process means Inland Empire should be embraced as something beyond narrative. At its best, the film’s a compelling re-creation of a dream state, in which one’s location, timeline, friends, and personality can morph without warning.

Lynch shot Inland Empire on a handheld Sony digital camcorder, a high-end piece of equipment in the early 2000s but one far less powerful than most camera phones today. When the film was released in 2006, its grainy, standard-definition imagery looked unsettling on the big screen, like security footage captured from inside a nightmare. The new 4K remastering is more legible, though not entirely lacking the eerie crispness that comes with digital video. Lynch supervised the entire process, which required using artificial-intelligence software and manually cleaning up a lot of the garbled images that resulted.

The director seems thrilled with the end product: “It is a much better Inland Empire because of this modern technology, but it’s the same in another way … true to the same ideas,” he said in an interview. I’m inclined to agree; I had expected the new version to look drastically different, but instead it just looked deeper and richer, and somehow easier to get lost in. Given that it runs three hours and the story’s stakes are obscure, Inland Empire has never been the easiest sit for me, and I’ve revisited it less often than some of my favorite Lynch films (such as Mulholland Drive, Lost Highway, and The Straight Story). But watching the remaster at Manhattan’s IFC Center on a rainy morning, I was surprised by how many of the movie’s specific sequences remained seared into my memory.

Early on, Nikki has a conversation with a mysterious visitor (Grace Zabriskie), who rambles on about surreal folktales with increasing menace; the exchange terrified me on first viewing and was similarly spine-tingling during this latest one. A basically wordless scene sees the actor Devon Berk (Theroux) chase after a mysterious figure on a film set, having just been told that the script they’re working from is supposedly haunted. In that moment, Lynch’s digital camera serves only to heighten the creeping horror, because it can pick up every visual detail in the surroundings, making Berk’s inability to find the intruder all the more perturbing.

Inland Empire shares some creative DNA with Mulholland Drive, Lynch’s previous film. They’re both dark fantasias set in Hollywood. Their protagonists move between dreamy illusions and gritty reality, changing their names (and personalities) in the process. But Mulholland Drive establishes a formal division between two worlds, whereas the viewer often can’t tell what is provoking Nikki’s transformation. At times, Nikki seems to be trapped in a cycle of victimization that dates back to the tale of a cursed Polish woman from decades prior; at other times, the entire project just feels like a film-within-a-film that’s gotten out of hand. As the final credits roll, a lumberjack saws wood, a monkey dances, and an unknown woman peers out from the background. It’s a David Lynch movie, dude, and it’s just as beguiling and unfathomable as it was 16 years ago.