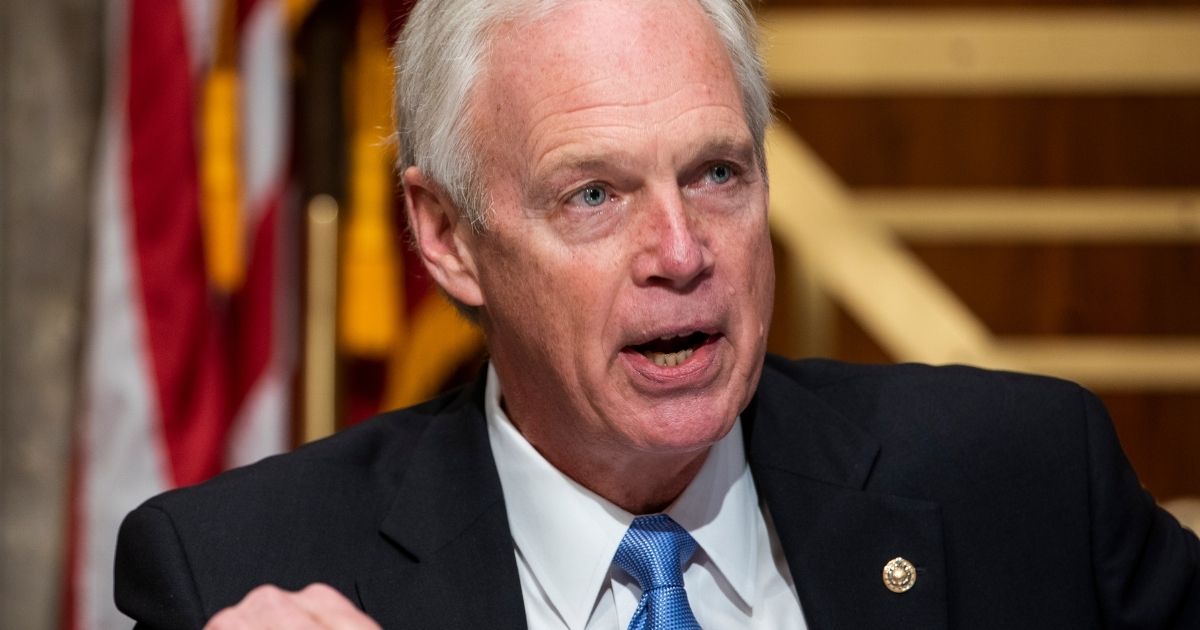 Instead of working to present electable candidates of their own, Democrats in Wisconsin are demanding in a lawsuit that three elected Republicans be removed from the ballot over false claims that they were part of the so-called “insurrection” of Jan. 6, 2021.

Left-wing Democrats in the Badger State are demanding that election judges remove Wisconsin Republican Sen. Ron Johnson and GOP Reps. Tom Tiffany and Scott Fitzgerald from the ballot for the 2022 midterm elections.

In the lawsuit, reported by the Epoch Times, the leftists claim that the three Republicans running for re-election “used their public positions of authority to illegally foment an atmosphere meant to intimidate and pressure Vice President [Mike] Pence and Congress to take actions inconsistent with the facts and with their duties under the Electoral Count Act and the U.S. Constitution.”

Pence, of course, irked many conservatives because he was so willing to certify the 2020 election that threw him out of office even though there were many voices raising concerns about the integrity of the election in several key states.

Despite the numerous irregularities of the 2020 election, Pence says he is “proud” of his actions on the day he certified the election results that put Joe Biden in the White House.

Whatever the facts will eventually reveal, the results of the election were still passionately disputed by millions of Americans when the time came to certify the elections. By Jan. 5, hundreds of thousands of concerned Americans were pouring into Washington, many preparing to attend the rally that President Trump had planned for the next day.

The next day, just as Donald Trump’s rally was ending elsewhere in the capital city, a large group of protesters participated in an incursion into the Capitol itself.

While it was certainly a messy day for democracy, it was far from the “insurrection” the left continues to paint it as. For instance, despite Joe Biden’s lie that five police officers were killed by the rioters that day, only one person died and that was one of the protesters, Ashley Babbitt. One Capitol Hill Police officer died the next day, but there has been no solid medical connection between the officer’s death and the riot.

Whatever you believe happened on Jan. 6, the federal government has not been able to prove there was any pre-organized attack on the Capitol. It was certainly not an armed “insurrection.” Finally, none of the protesters arrested and charged for their part in the riot have been charged with sedition or treason.

Do you think Democrats cheat during elections more than Republicans?

And while the riot did result in tens of thousands in damage to the Capital, that cost is a far cry from the billions of dollars that the many Black Lives Matter riots cost in lives and property destruction, not to mention the loss to businesses across the country.

Regardless, Wisconsin Democrats hope to convince a court that Johnson, Tiffany, and Fitzgerald somehow organized an “insurrection” that day. It is a charge as absurd as it sounds. The Democratic litigants claim that the three GOP officials are ineligible for office under the 14th Amendment because they have each expressed concerns about the integrity of the 2020 election.

Section 3 of the 14th Amendment was designed in the aftermath of the Civil War to prevent congressmen who fought for the Confederacy from returning to Congress. The concept was that those who fought in an insurrection against the federal government and lost did not have a lawful right to simply return to their positions of power inside the federal government.

“No person shall be a Senator or Representative in Congress,” the Amendment reads in part, who “shall have engaged in insurrection or rebellion against the” United States.

Democrats are banking that courts will proclaim the Jan. 6 incursion an “insurrection” despite the scant evidence to arrive at such a conclusion.

The three Republicans in Wisconsin are not the only elected officials facing this absurd attack on their eligibility for the 2022 ballot over their support for election integrity measures.

Democrats also attempted to get Rep. Madison Cawthorn thrown off the ballot in North Carolina. The gambit, though, failed, when a federal judge blocked the move.

One can certainly disagree with the actions of the group of protesters that caroused through the Capitol on Jan. 6. But compared to the years of dangerous riots that Democrats have approved of — riots that cost billions in destruction and took lives — breaking a window in the Capitol Building and stealing some bric-a-brac from a few offices pales in comparison.

One thing is sure, though:

Trying to use the events of Jan. 6, 2021, to throw Republicans off the ballot is a desperate move, one that shows just how scared Democrats are of losing the coming midterms in a landslide.