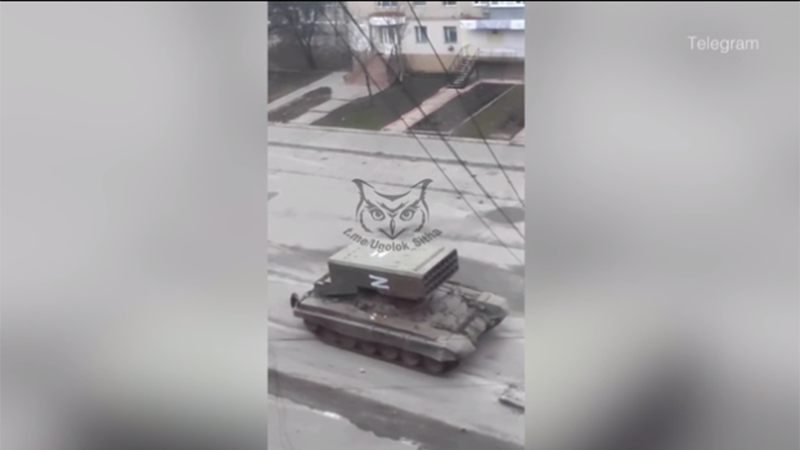 Dusted with snow and sitting on a tank- carrying truck, this is the menacing image of Russia’s deadly weapon that will spread fear across Ukraine – and the world.

After three days of dogged defence by Ukraine’s military frustrated the advance of Vladimir Putin’s forces, the Russian President yesterday deployed a fearsome rocket system onto the battlefield.

Capable of firing a barrage of thermobaric ‘flamethrower’ rockets, the weapon can wipe out everything within a 300-yard radius. British military sources warn it could kill tens of thousands of civilians.

The rocket’s blast produces a wall of flame that is followed by a vacuum, which can cause deadly internal damage to lungs and other internal organs.

Among the world’s most deadly non-nuclear weapons, the powerful thermobaric devices were filmed yesterday on the back of a lorry just ten miles from Russia’s border with northern Ukraine.

It is believed they were heading for the city of Kharkiv, 250 miles east of Kyiv, where Ukrainian troops are putting up fierce resistance against Russian forces.

General Sir Richard Barrons, a former head of the UK’s joint forces command, last night said it remained unclear whether Putin would order his troops to use the weapons, but if he does the consequences will be devastating.