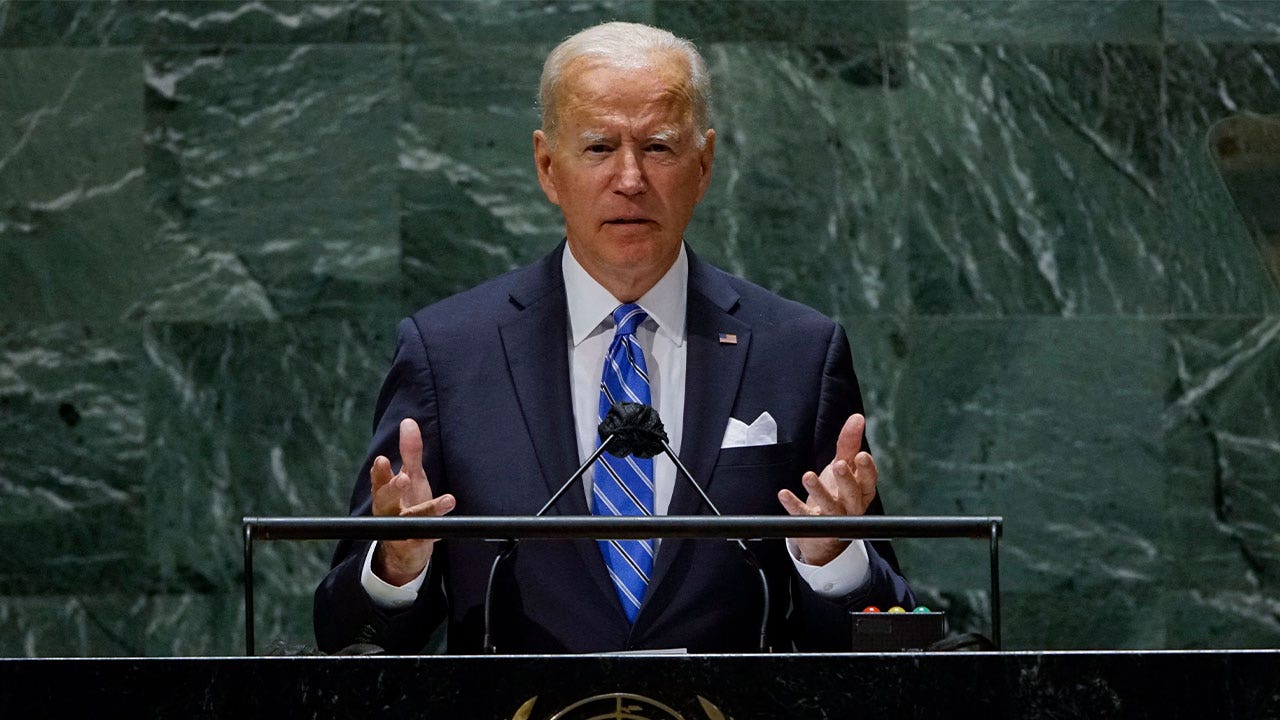 As negotiators head home from Vienna following weeks of discussions on the Iran Nuclear deal, UN insiders warn the Biden administration might be looking to rejoin a controversial UN agency based in the same Austrian city.

The United Nations Industrial Development Organization (UNIDO) has been accused of helping U.S enemies through the transfer of dual-use technology that observers say has helped the likes of Iran and North Korea in developing their nuclear programs.

The U.S. quit the agency some 20 years ago citing it as not being fit for purpose, but recent rumblings of a US return has some diplomats scratching their heads. A former Ambassador who was accredited to all international organizations in Vienna, who asked to remain anonymous, said “Diplomatic circles in Vienna are abuzz about the possible return of the U.S. to UNIDO.”

The former ambassador said, “it’s believed the amount of money owed in accrued arrears would be US$ 1B, given that when the US left in 1996, it did so without paying its $100-million in dues.”

The diplomat recommended that with the installation of a new US Ambassador to Vienna dealing with international organizations, Laura Holgate, should “request the personnel list of UNIDO, which has about 1800 consultants, including those hired without a transparent and competitive process and working remotely from their home countries.  It is long overdue to comprehensively investigate and publish, why UNIDO, which is considered both marginal and useless by the Anglosphere states, should employ 1800 permanent consultants, apart from the 650 permanent staff?”

And while a question to the US State Department on the US rejoining UNIDO went unanswered, the UN Mission to Vienna recently praised UNIDO in a Tweet, noting that while not a member, the US has given millions of dollars to the controversial organization since 2012, which came through the US Agency for International Aid (USAID).

Asked by Fox News Digital if the sum was tied to any preconditions, a spokesperson from USAID confirmed they had disbursed $22.2 million to UNIDO since 2012, and noted that it “prioritizes responsible stewardship of U.S. taxpayer resources.”

The spokesperson did not directly answer questions about sharing dual-use technologies with U.S foes like Iran and North Korea by UNIDO. However, the spokesperson stated that it monitors all funds that are given to UNIDO, which “includes routine reporting and communications with UNIDO, as well as site visits and evaluations.”

Bolton told Fox News Digital “The U.S. withdrew from UNIDO, as did a number of other developed countries, because UNIDO was widely viewed as ineffective. Nothing has changed that warrants reversing the U.S. decision.”

Brett D. Schaefer of the Heritage Foundation, and a leading expert on UNIDO, told Fox News Digital: “As the U.S. concluded in the 1990s when it withdrew, UNIDO does not have a clear purpose and does not contribute to U.S. foreign policy, economic, or development interests. There is no reason to rejoin other than the fact that the Chinese are active in UNIDO. Countering China should be a factor in decisions about participation in UN organizations, but not the only one. A central question must be whether U.S. interests are impacted by the organization. In UNIDO they are not.”

Schaefer added that the Biden administration could be in violation of U.S. law if it rejoins UNIDO.

“In 2018, the Palestinians joined UNIDO as full members. Under U.S. law, U.N. specialized agencies that admit the PLO as a member are prohibited from receiving U.S. funding,” Schaefer said. “If the U.S. has provided funding since 2018, I believe that would violate the law.”

“Moreover, changing the law would undermine U.S. interests in supporting Israel and advancing peace between the Palestinians and the Israelis. In effect, doing so would greenlight Palestinian membership across the UN system,” he continued. “For decades, the U.S. has opposed Palestinian efforts to seek recognition and membership in UN organizations absent a peace agreement with Israel because they understood this as being harmful to the Israeli-Palestinian peace effort by removing incentives for the Palestinians to negotiate.”

UNIDO could accelerate the Islamic Republic’s capability to build a nuclear weapons device by providing the transfer of dual-use technology that can be used for both military and civilian purposes.

In 2015, UNIDO signed a deal with Iran’s Supreme Council for Science, Research and Technology (SCSRT). The goal of the agreement was to strengthen cooperation on “formulating industrial policies and strategies for investments in education, research and technology.”

NATO chief stresses unity in face of China, Russia threat: ‘They do not share our values’

A State Department spokesperson told Fox News Digital that “the United States is always vigilant concerning reports that Iran may be pursuing dual-use technology to enhance its nuclear program. Under the JCPOA [Joint Comprehensive Plan of Action], the acquisition of dual-use items requires the United Nations Security Council consent under the terms of UN Security Council Resolution 2231.”

Daniel Roth, the research director for United Against a Nuclear Iran (UANI,) told Fox News Digital that he found it “unfortunate that the U.S. Mission to the UN saw fit to applaud UNIDO.” He explained how Iran uses UNIDO for its own nefarious purposes.

“The composition of the SCSRT (Iran’s Supreme Council for Science, Research and Technology)– which includes the President of Iran as well as several Government Ministers – shows how central both the SCSRT and UNIDO are to the regime’s scientific and technological policies,” Roth said.

“We know that Iran is prepared to exploit any avenue to advance its nuclear program. Even the most seemingly innocuous routes like academic exchange with European universities are targets,” Roth continued. “The problem of sharing ‘dual-use’ technology – civilian tech with military application – is especially acute and difficult to track. If the regime can make progress under the cover of UN agencies like UNIDO, all the better. Iran’s state-run media spills considerable ink publicizing anything which has the UN’s imprimatur.”

Fox News Digital sent questions to the Iranian foreign ministry, Iran’s U.N Mission and the UNIDO field office in Tehran for comment, but they did not respond.

US President Joe Biden addresses the 76th Session of the UN General Assembly on September 21, 2021 in New York.
(Eduardo Munoz/Pool/AFP)

UNIDO and its new Director General, a German minister who served under then Chancellor Merkel, Gerd Müller, did not respond to Fox News Digital media inquiries. Müller faced accusations of racism during his tenure as Germany’s development minister.

“With regards to the job itself, it looks like Müller will follow in the footsteps of his predecessor at UNIDO. China’s Li Yong continued funding Iran projects every single year during his eight-year term and clearly enjoyed good relations  with Tehran,” Roth said. “Since Germany nominated him as its candidate, Müller has given no indication that he is concerned about dangerous tech getting into Iranian hands via UNIDO. Nor has he hinted that the existing programs will be reviewed. Bearing in mind Germany’s poor record when it comes to selling dual-use tech to rogue regimes, one would hope that Müller – as a senior German minister – would be especially determined to resolve these problems.”

Earlier this week Müller met with Rafael Mariano Grossi, his counterpart at the UN’s atomic agency, the IAEA. Fox News Digital asked for a readout of the meeting and whether Grossi raised concerns regarding the problem of dual-use technology being abused on the nuclear front concerning Iran and North Korea.

A spokesperson referred Fox to a tweet put out by the IAEA where Grossi congratulated Müller and tweeted about the areas where the two agencies cooperate. But missing from the tweet, the IAEA response was the issue of dual use technology getting into the hands of the likes of Iran and North Korea.