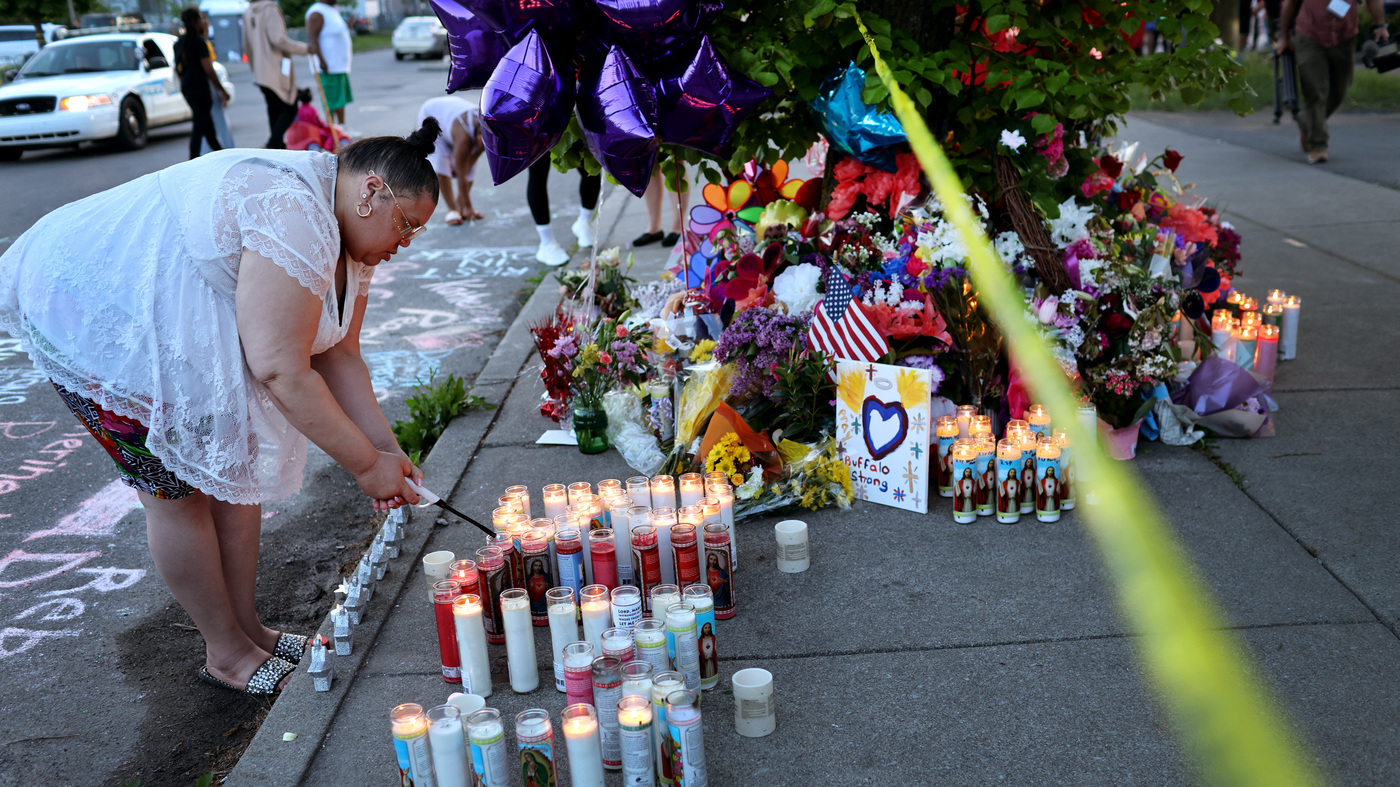 On Sunday, a woman lights a candle at a makeshift memorial to the victims of Saturday’s mass shooting at Tops market in Buffalo, N.Y.

On Sunday, a woman lights a candle at a makeshift memorial to the victims of Saturday’s mass shooting at Tops market in Buffalo, N.Y.

When news broke of the white supremacist 18-year-old suspect behind the mass shooting in Buffalo, N.Y., Saturday in which 10 people died and three others were injured, certain news organizations and commentators have variously described the suspect as a man, as a teenager and as a child.

Critics are asking: If the suspect had been Black, would he have been described and treated similarly?

Study after study shows that Black children — from those as young as 5 to the end of their teens — are often perceived to be and are treated as older than their actual physical and developmental age. As a result, these children are frequently judged to be more adult-like and less innocent than white peers.

That difference in perception is reflected repeatedly in the media. When Michael Brown, Black and 18 years old, was shot by a white police officer in Ferguson, Mo. in 2014, the AP referred to Brown as a “man”; after the Buffalo shooting Saturday, the same news organization referred to the suspect as a “white teenager,” as scholar and journalist Steven Thrasher pointed out on Twitter.

At least certain people who are vaguely college-aged often enjoy the benefits of being perceived as young and in need of adult protection — not just by the media, but also by law enforcement. After Dylann Roof — a white 21-year-old — murdered nine Black churchgoers in Charleston, S.C. in 2015, police bought him a Burger King meal after he was taken into custody. When Kyle Rittenhouse — white and 17 years old — fatally shot two people in Kenosha, Wisc. in 2020, he was taken into police custody without incident or injury. In Buffalo, some in the Black community are already asking how the suspect in Saturday’s shooting was able to surrender to police peacefully.

By contrast, critics are naming well-known younger Black victims killed by police — like 12-year-old Tamir Rice and 23-year-old Eljah McClain — who did not enjoy such consideration.

Noting that in AP copy, 18-yeear-old Michael Brown was an “18-year old Black man,” while 18-year-old Payton Gendron is a “white teenager.” pic.twitter.com/53Jt1vWuqf

The Buffalo suspect straddles both life stages, in that liminal time of young adulthood. When he was still legally a child, there were concerns about the suspect in the Buffalo shooting — enough that state police referred him for a mental health evaluation last year, when police say he made a shooting threat against his high school.

At a community vigil held Sunday, the Rev. Tim Brown underscored that the racist views of the Buffalo suspect were shaped when he was still a child, NPR’s Quil Lawrence reported. “The indoctrination of a boy to kill people that don’t look like him is only because somebody is having a conversation that divides our people as a race and as humanity,” Brown said.