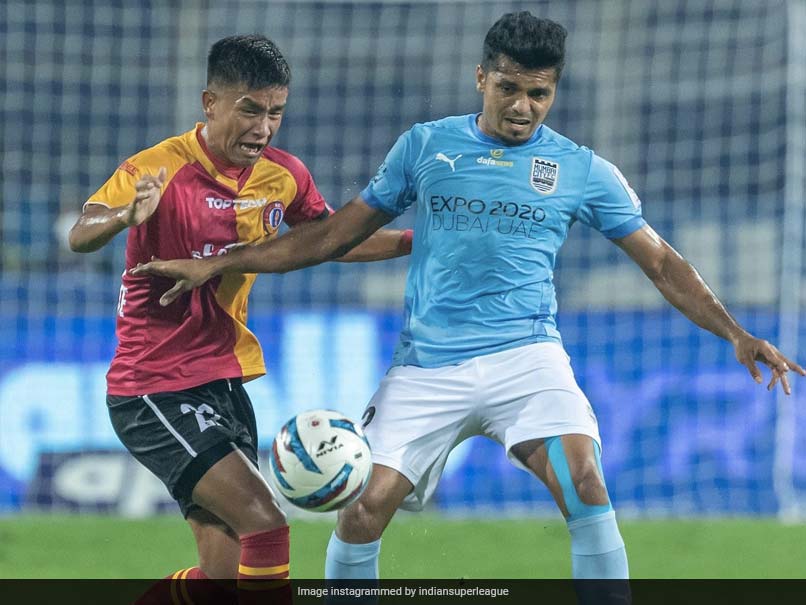 Defending champions Mumbai City FC returned to contention for a semi-final spot with a narrow 1-0 win over SC East Bengal in the Indian Super League on Tuesday. A solitary goal by Bipin Singh (51st minute) helped Des Buckingham’s men climb up to fourth place with 28 points. SC East Bengal made a spirited start after Mohammad Nawaz had to make an early save from Mahesh Naorem’s powerful drive. A few minutes before the half-hour mark, Thongkhosiem Haokip found himself one-on-one with the goalkeeper but a poor first touch denied him a scoring opportunity. His penalty appeal fell on deaf ears following a faint touch from Mourtada Fall tripping him inside the box.

Despite dominating more of the ball possession, the Islanders could only muster up two shots on target in the first half.

The lack of clear scoring chances kept their attackers frustrated as SCEB defended resiliently and played on the counter. It was an intriguing first half but a lack of quality in the final third meant both sides went into the halftime break on equal terms.

Mahesh began the second half in a similar fashion to the first, by forcing Nawaz into a save in the goal. Then, Igor Angulo miscued a tap-in from 10-yards away on the other end which shocked everyone on the pitch.

The deadlock, however, was finally broken by a precise and powerful finish by Bipin Singh from outside the box. His left-footed strike beat the goalkeeper on his near post.

A moment of magic was witnessed on the stroke of the 80th minute when Nawaz made a point-blank save from Raju Gaikwad’s overhead attempt.

Connecting with the rebound, Fran Sota volleyed his shot above the crossbar to his frustration. The fourth official added four minutes for stoppages and Mumbai saw them out with a collective defensive effort to collect the three points.

Mumbai City FC take the field against FC Goa in their next outing at Bambolim on Saturday while SC East Bengal face NorthEast United in a battle of the bottom-dwellers at Vasco on Monday.