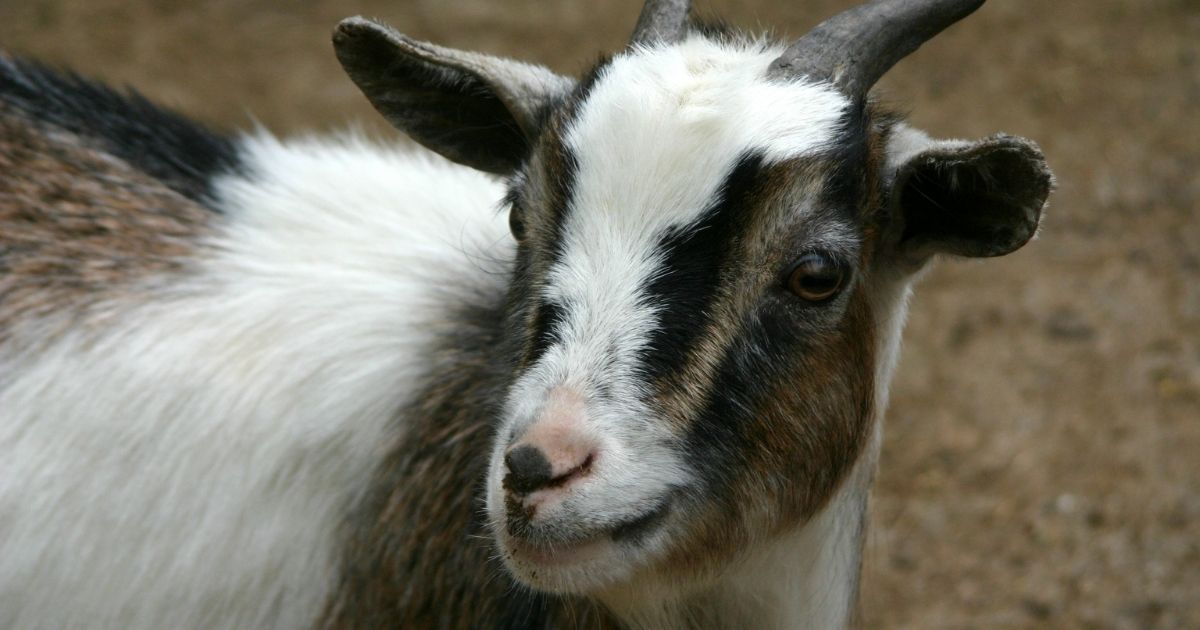 It sounds like a bit of a lark when the seizure of a goat by authorities likely precluded plenty of bloodshed.

Unfortunately, in Israel, these matters are deadly serious — especially when it could lead to violent clashes between religious fanatics on both sides of the fence.

According to the Times of Israel, six men, all in their 20s were arrested by authorities on Thursday on suspicion they planned to sacrifice a goat on top of Jerusalem’s Temple Mount in advance of Passover.

(Here at The Western Journal, we’ve been covering the delicate situation in Israel since our inception — and we provide news and analysis you won’t see in the mainstream media. You can help us continue to bring you this coverage by subscribing today.)

The plot could be connected to an extremist group called “Returning to the Mount.” The group has offered a cash prize for anyone who can pull off a living sacrifice on the Temple Mount in Jerusalem’s Old City — and will also pay them if they’re arrested.

All six of the men arrested were from Jewish settlements in the West Bank.

The Temple Mount is one of the most contested religious sites in the world. It’s the site of the First Temple, built under King Solomon, and the Second Temple, which replaced the destroyed original structure. “Returning to the Mount” advocates for building a third temple on the site.

However, the site is also one of the holiest in Sunni Islam — home of the Al-Aqsa Mosque, built atop the Temple Mount. The prophet Muhammad, Islamic belief has it, traveled to heaven from Al-Aqsa.

Should these men face jail sentences?

The site remains one of bitter dispute, and Israeli authorities have gone to considerable lengths to ensure a tenuous peace remains there. The sacrifice of a goat on the Temple Mount would shatter the peace — and, for that matter, is forbidden by Israeli religious authorities.

“Bringing a sacrifice to the Temple Mount is contrary to the Chief Rabbinate of Israel’s ruling,” said Rabbi Shmuel Rabinovitch, chief rabbi of the Western Wall, in a statement Friday, according to the Times.

“Rabinovitch noted it was forbidden to bring animals — except for service dogs — to the Western Wall plaza. He cited the rules of the foundation that manages the Western Wall and other holy sites, which he heads,” the Times reported.

That hasn’t stopped extremists from trying.

Shameful: Dem AG Said TX Synagogue Attacker Could Be a ‘White Supremacist’ Without Shred of Evidence

“Returning to the Mount” said that not only were their members arrested but that Israel’s Shin Bet security force warned them not to go forward with any provocations.

“Despite all this, the goats are on their way to Jerusalem,” they said.

Police, however, issued a statement saying “false information is being distributed online regarding the Temple Mount, alongside publications encouraging extremist entities to be arrested by police by attempting to reach the site and conduct illegal activities.”

“Police will continue to operate in Jerusalem and anywhere else together with all security agencies, 24/7, covertly and overtly, against any person who attempts to violate the order and laws in place at the Temple Mount and the other holy sites in the city.”

However, the mere threat of the goat sacrifice was enough to raise the heckles of extremist Islamic groups, particularly given Passover falls during the Islamic holy month of Ramadan this year.

Hamas issued a statement April 13 warning they’d defend against sacrifices at the Temple Mount “at any cost.”

“We stress that this represents a dangerous escalation that crosses all red lines, as it is a direct assault on the belief and feelings of our people and our nation during this holy month,” a statement from the Gaza-based terrorist group added.

Then, according to Haaretz, young Arab men were bused in on Thursday night by a group called the Islamic Movement.

“In the face of threats about sacrifice, they initiated the tradition of sleeping at the Temple Mount early, rather than staying there only for the last 10 days of Ramadan,” Haaretz reported.

“By the morning prayer there were already thousands at the site, who began to chant and throw stones towards Mughrabi Bridge. For several hours pictures emerged that seemed to be taken during the Hamas-Israel fighting last May — hundreds of young people barricaded themselves inside the mosque, throwing stones at police officers who responded with sponge-tipped bullets, tear gas and clubs.”

The incident was eventually defused by police, although not without 400 individuals being detained. By sunset on Friday, the time for a Passover sacrifice had passed — and with it, the threat.

It’s a reminder, however, just how close a goat could have come to setting off a wave of sectarian violence.