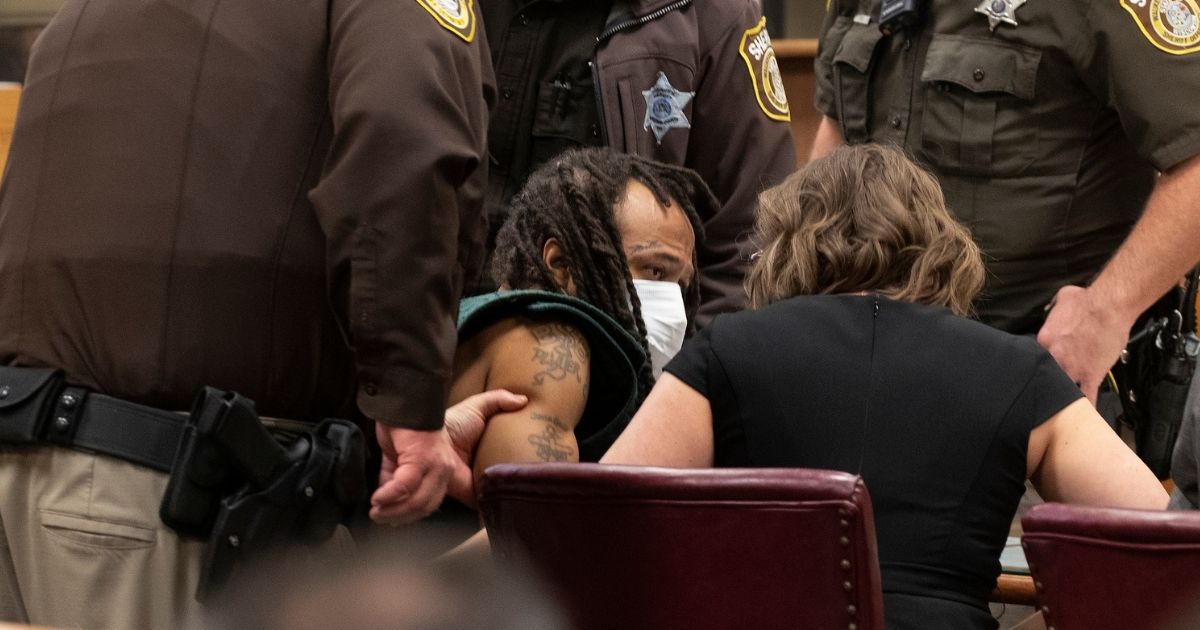 Darrell Brooks, who is accused of killing six people and injuring more than 60 after mowing them down in an SUV at a Nov. 21 Christmas parade in Waukesha, Wisconsin, was released from jail on $1,000 bail just days before the alleged attack.

“Inappropriately low” is how Milwaukee District Attorney John Chisholm described the bail amount his own office recommended after Brooks allegedly ran over an ex-girlfriend, according to WITI-TV.

Court Commissioner Cedric Cornwall, who presided over the bail hearing, concurred with the $1,000 bail and granted it.

But why? Why such low bail for a career criminal accused of attacking a woman?

We’ll never know. Because there is no record of the bail hearing.

“We saw this coming,” said Jackie Rupnow, former president of the Wisconsin Court Reporters Association. “It’s crucial, and now there’s no record of it.”

A court administrator told WITI that there is no digital audio recording of Brooks’ bail hearing due to “technical issues.”

In 2019, the Wisconsin Supreme Court ruled that the official account of a court proceeding — the verbatim record — could be made by a court reporter or by DAR.

The ruling stemmed from a perceived shortage of court reporters; however, the National Association for Court Reporters and Captioners has expressed concern about voice-to-text technology coupled with artificial intelligence.

Such technology not only threatens court reporter jobs, the group says, but also risks inaccuracies. Since a court case can hinge on one word, court reporters will stop proceedings to seek clarification, something that can’t be done with DAR.

Apparently, no court reporter was on hand for Brooks’ bail hearing and the DAR is lost.

Rupnow said the WCRA told the state Supreme Court in 2019 that trained professionals should monitor DAR, but its warning was ignored.

It all provides cover for Cedric, who granted the $1,000 bail despite an assessment indicating that Brooks was a “very high risk” for further criminal activity if set free.

That assessment proved all too accurate when his red Ford Escape barreled through Waukesha’s annual Christmas festivities, leaving in its wake the dead and injured.

Brooks has a long criminal record dating back over 20 years to when he was 17, according to the New York Post.

Committed to a mental hospital at age 12, he became an addict, a frequent domestic abuser and, according to authorities, has weaponized a vehicle numerous times.

He was listed as a registered sex offender in Nevada following encounters with a teenage girl and between 2009 and 2011 was jailed for crimes including strangulation and suffocation, the Post reported. In 2020, he fired a gun at a nephew.

Facing a 10-year prison sentence, coronavirus-related delays in court proceedings meant Brooks could not receive a speedy trial, so in February he was released on $500 bail.

Several weeks ago, Brooks got into a conflict with his ex-girlfriend in Milwaukee. He allegedly struck her with his car and then ran her over. She told police Brooks had threatened to kill her, according to the Post.

Within days, the Waukesha massacre followed.

Again, why such low bail?