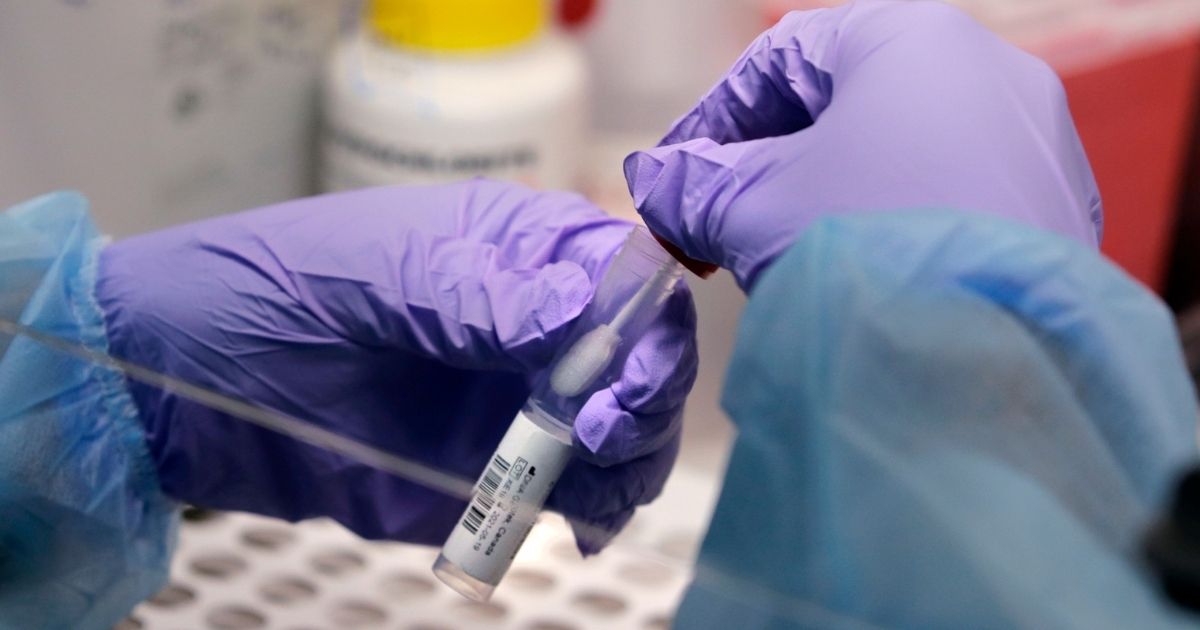 This week, major American sports leagues, like the NHL, NBA and NFL, have seen over 100 players placed in so-called “COVID-19 protocols.” Yet the vast majority of these players have minor or no symptoms.

According to Yahoo! Sports, 36 NFL players were placed in protocols on Monday. “Dozens more” were added Tuesday, the outlet said, and many of them played in an NFL game less than 48 hours prior.

Take Los Angeles Rams wide receiver Odell Beckham, Jr., for example. He played against the Arizona Cardinals on Monday night, catching 6 passes for 77 yards and a touchdown according to ESPN.

On Tuesday, Beckham was one of nine members of the Rams added to the COVID-19 protocol. It is unclear if Beckham tested positive or was deemed a close contact to someone who had tested positive, but in either case, he did not have symptoms.

The issue is not unique to the NFL. The NBA’s Chicago Bulls have 10 members in the protocol, and the Brooklyn Nets have seven.

In the NHL, Tuesday night’s game between the Minnesota Wild and the Carolina Hurricanes was postponed due to four more players testing positive in the Hurricanes’ organization, The Athletic reported.

“At the end of the day, everyone did what we had to do,” Brind’Amour said. “We got vaccinated. We did our part. I don’t know what else there is to do. Guys are testing all the time. We’re masking up. But it is what it is right now.”

To make matters worse, Brind’Amour said none of the players are actually feeling sick.

Should asymptomatic people be tested?

“Everyone’s getting this thing. The good news is that they’re not getting sick. I think that’s the whole point of the vaccination: You weren’t gonna get sick. I don’t think it was going to prevent you from getting it, so that’s the world we live in right now.”

The problem is, sports leagues are not adapting to that world. All three major sports leagues in play right now — NHL, NBA and NFL — require players to quarantine or receive two negative tests after testing positive, regardless of vaccination status or presence of symptoms.

In the NFL, a vaccinated player who tests positive cannot return to the field until they receive two negative tests at least 24 hours apart, even if that player has no symptoms, Sporting News reported.

In the NHL, asymptomatic players who test positive must get return two negative tests 24 hours apart or wait 10 days to return to action, according the NHL website.

Outrage as DeSantis Unleashes New ‘W.O.K.E’ Bill to Fight Against the Left

All of these protocols are much too extreme for these mild cases. As Brind’Amour said, the whole point of the vaccine was supposed to be minimizing risk.

In other words, even if a vaccinated person tested positive, we were told that case would be mild and often even asymptomatic. If that is the case, why can’t those people just go about their normal lives?

In fact, why should they even be tested at all? If a player develops symptoms, he can get a test and go to the doctor if need be. If he has an asymptomatic case, there is really no reason to test him and subject him to pointless restrictions.

Opponents of this reasoning would say that if athletes were allowed to walk around with asymptomatic cases, they could potentially spread the virus to others. While that is true, these people are missing the larger point.

When the pandemic first began, America did not know how to handle COVID-19. As such, we quarantined anybody who had it and hoped we could eradicate it all together.

Nearly two years later, it has become clear that COVID-19 will never be eradicated. It is now a part of everyday American life, just like the flu or the common cold.

While that sounds dark, the good news is that during this time, doctors have gotten a lot better at treating severe COVID-19 cases. Vaccines are widely available for those who want them, and hospitals have developed strategies for treating patients who are ill with the virus.

In addition, the new strains of COVID-19 are becoming much more mild. According to the New York Post, just one person is known to have died from Omicron in the United Kingdom, even though 40 percent of cases can be attributed to the strain.

It is reasonable to assume the omicron variant will behave similarly if it begins to spread in the U.S., meaning while cases may increase, deaths will likely continue to drop.

The bottom line is that while COVID-19 is still a threat, it is not nearly the threat it was a year ago when many sports leagues laid out their rules.

This is especially true for athletes, who are overwhelmingly healthy and under the age threshold where COVID-19 has proven to be more deadly.

In an ideal world, we could wipe out every COVID-19 case there was.

In the real world, that hope is illogical.

So how should we proceed? We could shut down the world again for a virus with a significantly lower chance of killing people, but that seems deeply unnecessary and ineffective.

Instead, the answer should be to treat people with symptoms and let everyone else live their lives. It’s what we do with nearly every other sickness, and at this point, it’s just common sense.