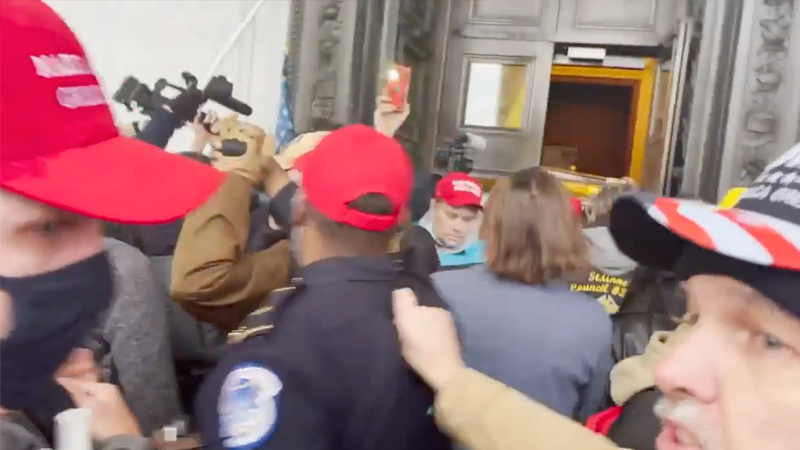 Unbelievable video sent to us from a listener shows two men proclaiming to be Oath Keepers assisting a uniformed Capitol police officer to lead at least a dozen Capitol Riot Police to safety.

This video suggests Oathkeepers were not involved in an insurrection, as claimed by the FBI and others.

Someone show this to Stewart Rhodes’ lawyer!

There’s also video proof that Alex Jones called on rioters not to attack the Capitol and pleaded with them to fall back, contrary to what the Jan. 6th Select Committee alleges.