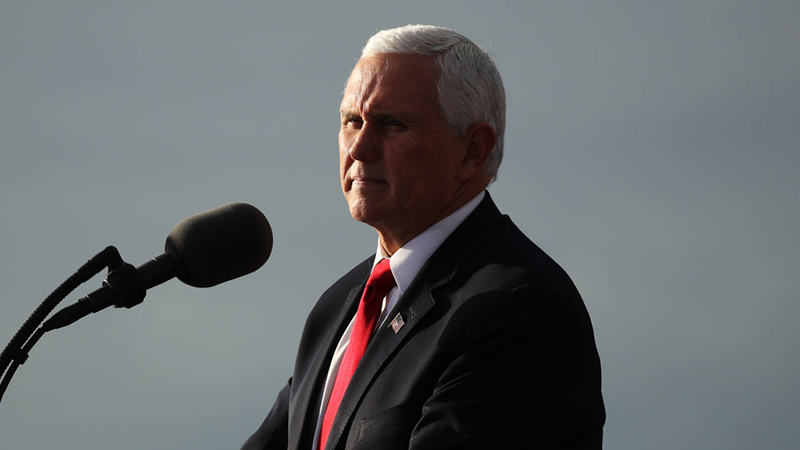 This comes as the Jan. 6 committee looks into then-President Donald Trump’s alleged role in the insurrection, as well as in the days leading up to the attack. Trump was reported by US media to have pressured Pence to support his election fraud claims and reject Joe Biden’s election results in several key states, which Pence refused to do.

Rep. Bennie Thompson of Mississippi, the head of the Democratic-led House select committee investigating the attack on the US Capitol on January 6, 2021, says members expect to summon former Vice President Mike Pence to testify this month, NPR reported.

In an interview with the outlet, Thompson discussed the scheduling expectations for the Pence request.

“I think you could expect that before the month’s out,” Thompson said.

Pence’s appearance is crucial, he reportedly added, especially since the former vice president later published a letter saying he would not stand down from his ceremonial post until the January 6 committee hearings.

“The vice president was put in a tough spot. The president was putting a lot of pressure on him to break the law, and he stood fast,” he claimed. “And because of his respect for law, there were people who came to the Capitol a year ago wanting to hang him. And so, if for no other reason, our committee really needs to hear what are his opinions about what happened on January 6.”

According to the report, the committee will meet behind closed doors next week to finalize plans for Pence and the voluntary request.

However, it remains unclear whether the former vice president will accept the invitation.

According to media reports, the committee is currently trying to perform a deeper look at Trump’s inner circle as well as new public calls for voluntary testimony. The committee has requested that Fox News host Sean Hannity and Republican Reps. Scott Perry of Pennsylvania and Jim Jordan of Ohio appear before it in the last few weeks, although none have expressed a desire to do so.

“Look, we are absolutely open to anyone coming voluntarily to the committee,” Thompson explained. “If in fact we think somebody has information that as a committee we need, and getting a subpoena for that person’s participation is important, then we will do it.”

According to Thompson and other members of the committee, Ivanka Trump tried to persuade her father to call off the riot numerous times that day.

“We have information that Ivanka did try to get the president to call off what was occurring at the Capitol. We don’t have all the information. That’s why we would love to have access to it,” Thompson added.

More information on Ivanka Trump’s pleas to her father about the storming, according to Thompson, is presumably held in White House documents that are the subject of a court battle. Trump has lost several rounds in federal court in his attempt to prevent the committee from seeing a subset of those records, and he is now asking the Supreme Court to intercede.

“So we think once we have access to that, it will help clear up all the drips and drabbles of the information that we are getting,” Thompson said.

More than 50 subpoenas have reportedly been issued by the committee, 350 witnesses have been examined, more than 45,000 documents have been obtained, and nearly 350 tips have been pursued by it. The committee is also working on issuing “significant recommendations” for new laws, according to the report.

Reforms to the Electoral Count Act or new sanctions for blocking an official action, such as the certification of presidential election results, could be among the options.

According to multiple reports, the panel is racing to complete its inquiry before the November midterm elections fearing that if Republicans retake control of the lower chamber they could end the investigation.