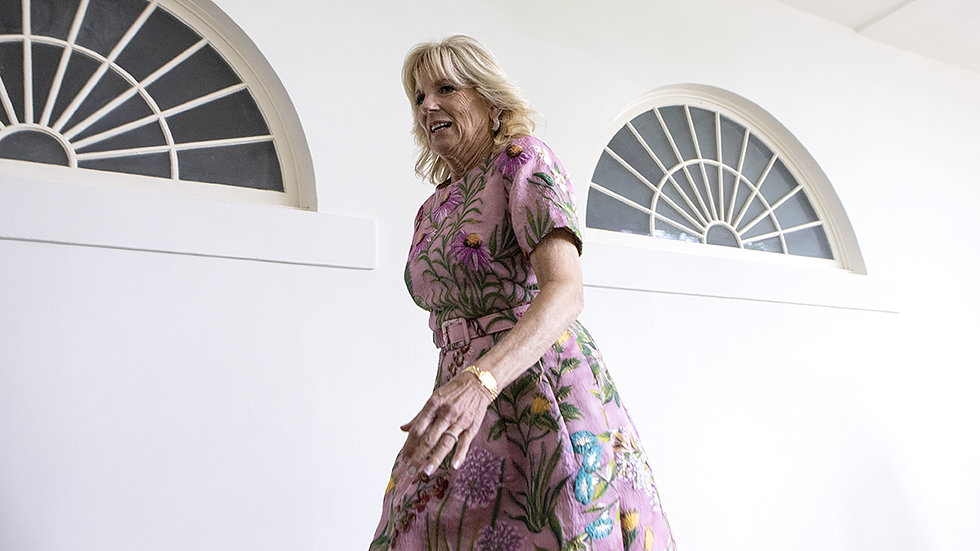 “Together, we can end cancer as we know it,” Biden said in remarks celebrating the partnership between Costa Rica, the University of Pennsylvania and the Children’s Hospital of Philadelphia.

“We can give families, here in Costa Rica, the United States and every corner of the globe, the treatments and cures that they need to live longer, healthier lives,” she added.

Biden was speaking from the National Children’s Hospital of Costa Rica in San José, the same hospital President John F. Kennedy visited during a 1963 tour of Costa Rica.

Cancer has struck particularly close to the first family after Biden’s son, Beau, died of brain cancer in 2015, a tragedy the first lady spoke about in her speech.

“For Joe and for me, it has stolen our joy,” she said of the disease in her speech at the hospital. “It left us broken in our grief. But through that pain, we find purpose.”

Later Sunday afternoon, Biden was also set to meet with U.S. embassy staff in at the Chief of Mission Residence in San José, according to the White House.


New Zealand’s Ardern to meet with senators during trip to boost trade, tourism

The visit was part of the first lady’s six-day trip to Ecuador, Panama and Costa Rica.

President Biden’s daughter, Ashley Biden, was scheduled to join the first lady on the trip to Latin America, but changed those plans after testing positive for COVID-19 on Wednesday. She was not considered a close contact of either the president or first lady.