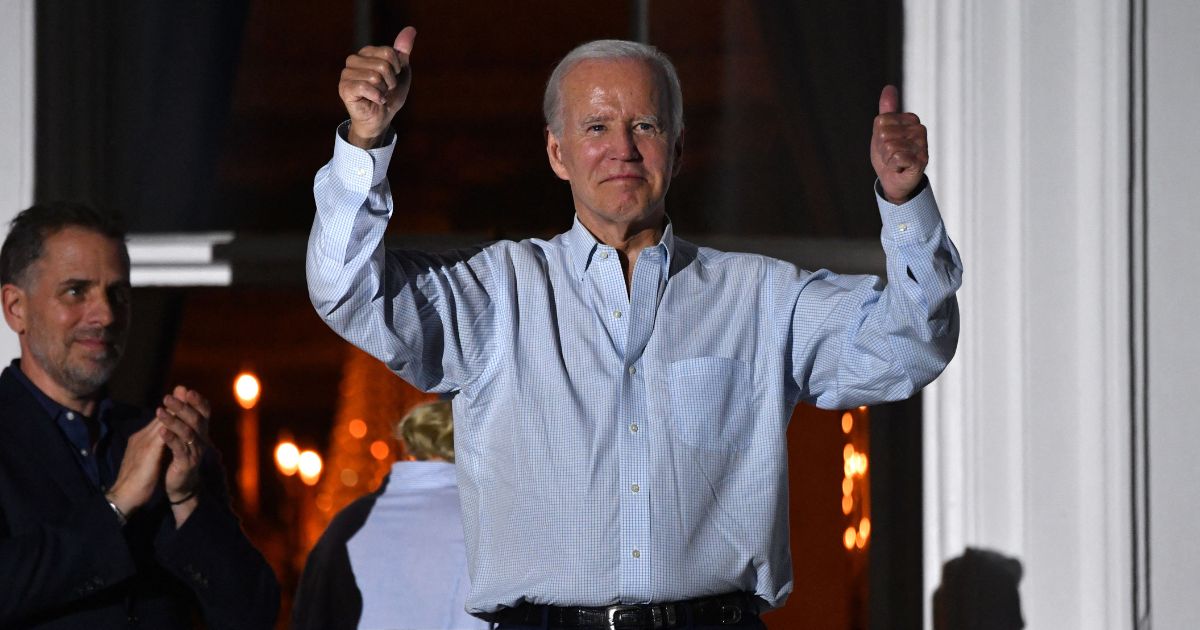 A new report shows that a business partner of Hunter Biden used the phrase “The Big Guy” when referring to President Joe Biden on the day that the first wave of stories broke that Hunter Biden’s laptop had been found.

The phrase has meaning in the tangled trails of Hunter Biden’s overseas business dealings because a figure is known — in the contents of the laptop — only as “the big guy” was going to share in a Hunter Biden deal with a Chinese company.

So what? The phrase was used by the same man in both a 2017 email found on the laptop and in a message obtained by the New York Post that directly referred to Joe Biden.

The Post said it has seen a message from James Gilliar, who the Post links to British intelligence services dated Oct. 14, 2020, which is when the first story broke about the contents of a laptop Hunter Biden had left in a Delaware repair shop. An unknown person asked Gillar whether “Hunter and/or Joe or Joe’s campaign [would] try to make it ‘Oh, we were never involved’ … and try to basically make us collateral damage?”

“I don’t see how that would work for them…,” Gilliar responded. “I think in the scenario that he wins they would just leave sleeping dogs lie.”

“If they lose, honestly, I don’t think that the Big Guy really cares about that because he’ll be too busy focusing on all the other s–t he is doing,” Gilliar replied.

On Oct. 15, 2020, the New York Post wrote another story about the contents of the laptop in which it published a 2017 message from Gilliar talking about how equity in a venture would be divided. Breaking down the shares by percentage, the message included a phrase that remains unclear: “10 held by H for the big guy?”

Tony Bobulinski, who was a partner in the deal, has said that the phrase refers to Hunter Biden’s father, according to the New York Post.

“The reference to ‘the big guy’ in the much-publicized May 13, 2017, e-mail is in fact a reference to Joe Biden,” Bobulinski said.

Did Joe Biden know all about Hunter Biden’s deals?

The president has said he was never involved in his son’s business dealings.

Bobulinski, however, has said that the future president said in a 2017 conversation, “Thank you for helping my son … My son and my brother trust you emphatically, so I trust you.”

Later, he said, Gillar sent a warning not to mention the elder Biden.

“Don’t mention Joe being involved, it’s only when u are face to face, I know u know that but they are paranoid,” Gilliar wrote, according to the Post.

“OK they should be paranoid about things,” Bobulinski wrote.

Tucker Carlson: DOJ Is Complicit in Covering Up for Hunter Biden

The New York Post has reported that a witness in a grand jury investigation of Hunter Biden was asked about the identity of “the big guy.”

Republican Rep. James Comer of Kentucky said if Republicans gain control of Congress, many lingering questions will be answered.

“It’s clear the dam is breaking and come January, Republicans will use the gavel to get answers for the American people,” he said.

“Hunter and members of the Biden family have peddled access to the highest levels of government to enrich themselves. This is an ethics nightmare and national security threat … McCarthy and Oversight Committee Republicans are determined to hold the Biden family accountable for their shady business dealings with foreign adversaries.”