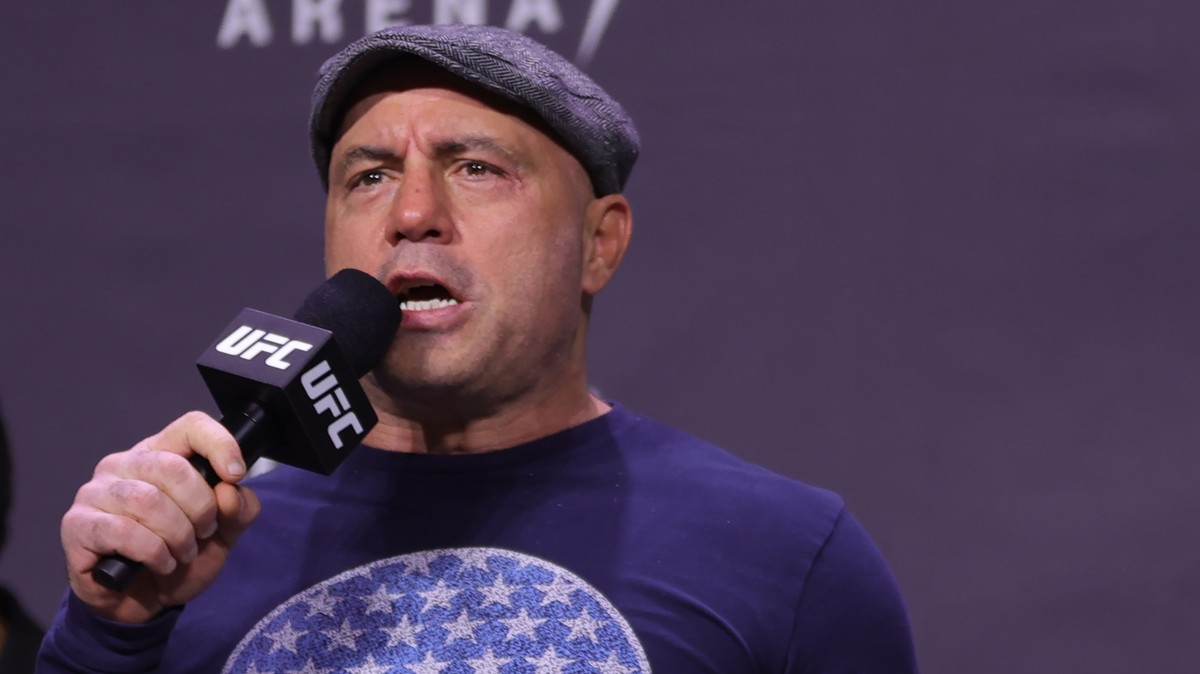 Joe Rogan said Sunday night that he’s going to work to balance the views represented on his ‘Joe Rogan Experience’ podcast, and described the $100 million-plus media product as an “out-of-control juggernaut that I barely have control of,” after a growing boycott of Spotify led the platform to change its policies around COVID-19 coverage.

Rogan posted a 10-minute video to Instagram, attempting to address criticism of him and his podcast, which has featured vaccine skeptics such as Dr. Robert Malone and cardiologist Dr. Peter McCullough. Responding to the boycott, Spotify—which signed a nine-figure exclusive licensing deal with Rogan in 2020—announced Sunday that it would add content advisories to podcast episodes dealing with COVID. It also said it would publicize its platform policies “to raise awareness around what’s acceptable and help creators understand their accountability for the content they post on our platform.”

Rogan said in the video that he agreed with Spotify’s move to add a content advisory to any podcast episode dealing with COVID-19, and thanked the platform for supporting him. Rogan also said he would have “more experts with differing opinions right after the controversial ones,” and “do my best to make sure I’ve researched these topics, the controversial ones in particular, and have all the pertinent facts at hand.”

“I’m not trying to promote misinformation, I’m not trying to be controversial,” Rogan said. “I’ve never tried to do anything with this podcast other than just talk to people and have interesting conversations.”

“It’s a strange responsibility to have this many viewers and listeners. It’s very strange,” Rogan went on. “It’s nothing that I’ve prepared for. I’m going to do my best in the future to balance things out.” He added, “If I’ve pissed you off, I’m sorry.”

At the same time, Rogan spent much of the first half of the video defending himself and the anti-vaxxers he’s had on his podcast, saying they simply have an “opinion that’s different from the mainstream narrative.” Rogan said he has a “problem with the term ‘misinformation’” due to the changing scientific consensus on issues like the efficacy of cloth masks and whether or not vaccinated people can transmit the virus.

Despite maintaining he is not an anti-vaxxer himself, Rogan has questioned the safety of the COVID vaccines, particularly for young people. And after getting COVID himself, Rogan said he was taking medication including ivermectin, which federal health agencies have warned against using as a COVID-19 treatment.

Earlier this month, hundreds of doctors and public health experts wrote an open letter to Spotify citing Rogan as an example of how Spotify is “enabling its hosted media to damage public trust in scientific research and sow doubt in the credibility of data-driven guidance offered by medical professionals.” The letter called on Spotify to “to immediately establish a clear and public policy to moderate misinformation on its platform.”

But Young indicated that part of his boycott was due to Spotify’s “shitty, degraded, and neutered” sound quality, and maintained that he’s not in favor of censorship and is making a choice to “not have my music support a platform that disseminates harmful information.”

“I am happy and proud to stand in solidarity with the front line health care workers who risk their lives every day to help others,” Young said. “As an unexpected bonus, I sound better everywhere else.”

During his video, Rogan said he’s “always been a Neil Young fan” and said he has “no hard feelings toward the artist,” telling a story about seeing Young live when he was a 19-year-old security guard in Massachusetts. He also said he was a fan of Mitchell, specifically saying that “Chuck E’s in Love” is a great song.

That song, as Rogan later said in an edit to his video’s caption, is actually by singer-songwriter Rickie Lee Jones.