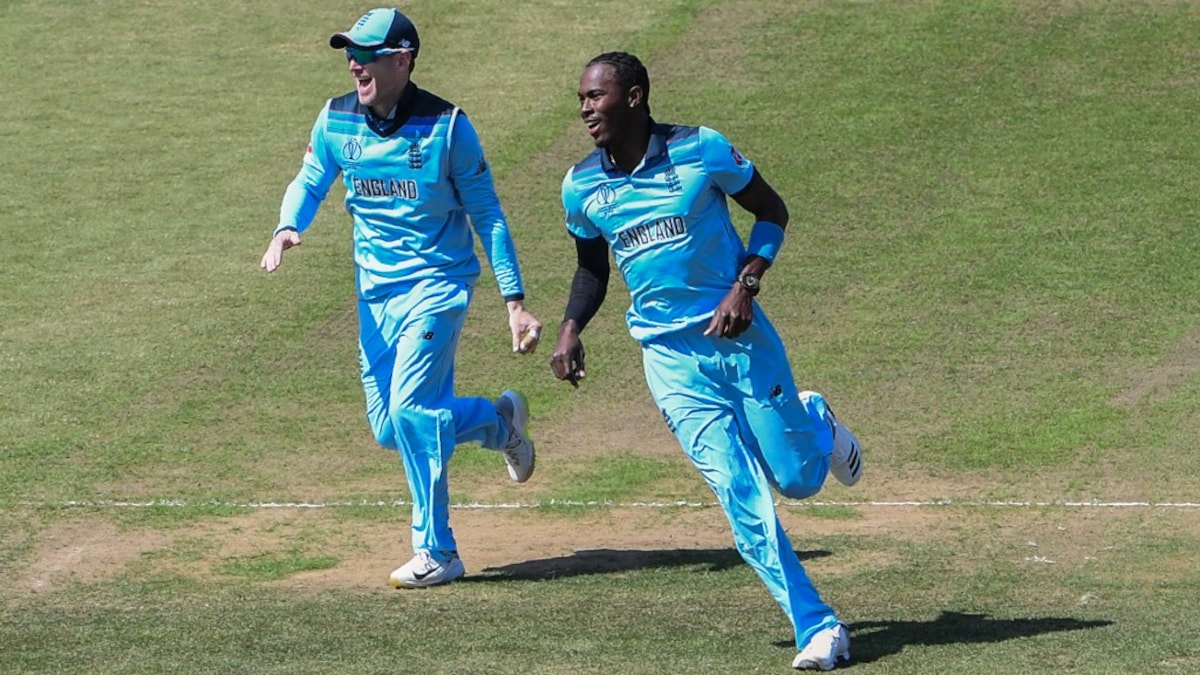 Eoin Morgan announced his retirement from international cricket earlier this week, also ending a seven-year stint as England’s white-ball captain. Morgan, who took over as England captain back in 2015, led the team to their maiden 50-over World Cup title in 2019 on home soil. After the announcement, tributes have poured in from all corners for the 35-year-old, with several current and former cricketers congratulating Morgan on a glorious career. England pacer Jofra Archer also wished his former captain, but in a cheeky way.

Taking to Twitter, Archer shared a video where he can be seen pulling off a nutmeg on Morgan. Both players can also be seen having a laugh about it.

Morgan is widely credited for bringing about a drastic change in how England played their white-ball cricket and his captaincy saw England winning the 50-over World Cup in 2019 and the side also made it to the final of the 2016 T20 World Cup.

England had also reached the semi-finals of the 2017 Champions Trophy and the T20 World Cup in 2021. The now 35-year-old had made his ODI debut in 2006 as he first played for Ireland while his T20 debut came four years later in 2009 while playing for England.

He is set to take charge of 12 games in July, with the T20I and ODI series against India and South Africa.