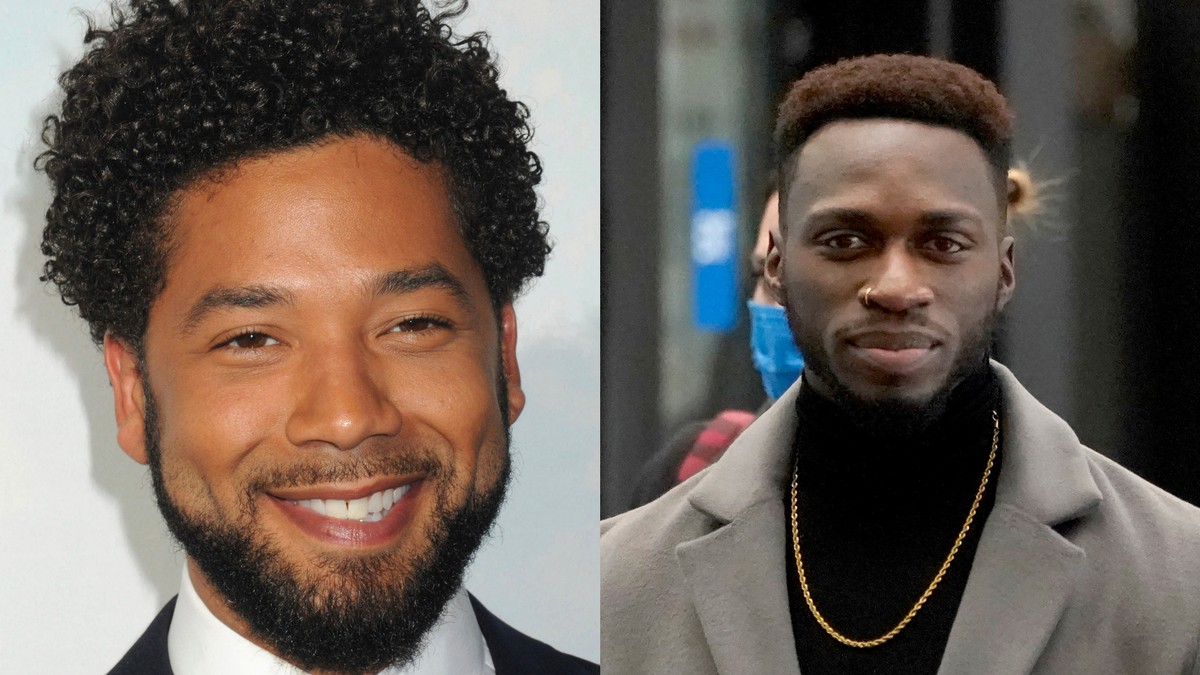 Jussie Smollett finally took the stand in his bizarre trial Monday and testified that he once masturbated with one of the men he’s accused of hiring to attack him for attention.

Smollett said it all went down during a visit to a bathhouse with Abimbola Osundairo, one of the two brothers Smollett is accused of paying to beat him up, yell racist slurs, and pour bleach on him in January 2019.

“We went alone, we got a private room again,” Smollett recalled in the courtroom Monday, according to Chicago Tribune reporter Jason Meisner. “We made out a little bit, and this time we masturbated together.”

Smollett also testified that after he met Osundairo at a club, they made out and did drugs during a different bathhouse interaction in Boystown, the Chicago Tribune reported.

The ex-Empire star’s testimony built on the defense’s line of questioning last week, when one attorney for Smollett dramatically asked Osundairo, a major witness for the prosecution, when he’d started dating Smollett. Osundairo said he never did.

Smollett, who has pleaded not guilty to six counts of disorderly conduct, is accused of orchestrating his own attack and roping in the brothers because he was upset at how the show handled a threatening letter he received to the studio. But Smollett has repeatedly maintained that the attack was “no hoax,” including on the stand Monday, and his attorneys have sought to show jurors the brothers are untrustworthy and possibly homophobic. (Smollett is gay.)

In opening statements last week, Smollett’s lawyers also alleged that the brothers beat him up because Osundairo and his brother, Olabinjo, didn’t like him—not because they were paid to do it, according to the Associated Press. And the $3,500 check the jury saw last week that prosecutors said was payment for the brothers help in staging a hate crime was for physical training from Osundairo ahead of a music video, defense lawyers said.

Last week, the jury saw a text Smollett had sent to Osundairo about talking “on the low,” which Osundairo testified led to a meeting where Smollett asked him to stage the attack. Smollett, however, has said—and repeated Monday—that the text was about an illegal steroid, the AP reported.

Still, prosecutors have pointed to a video that apparently shows Smollett driving around with the brothers a few days before the attack, which was allegedly the day Smollett brought up the idea of doing it, according to the New York Times. Smollett testified that the drive was just them smoking blunts, actually.

Smollett faces the possibility of up to three years in prison, though some experts have said it’s unlikely he will spend any time behind bars for his alleged offenses. Still, the evidence against him doesn’t look good.

Last week, Smollett’s lawyers even requested a mistrial over allegations that the judge presiding over the case lunged and snarled at one of the attorneys. The judge swiftly denied the allegations—as well as the request for a mistrial.