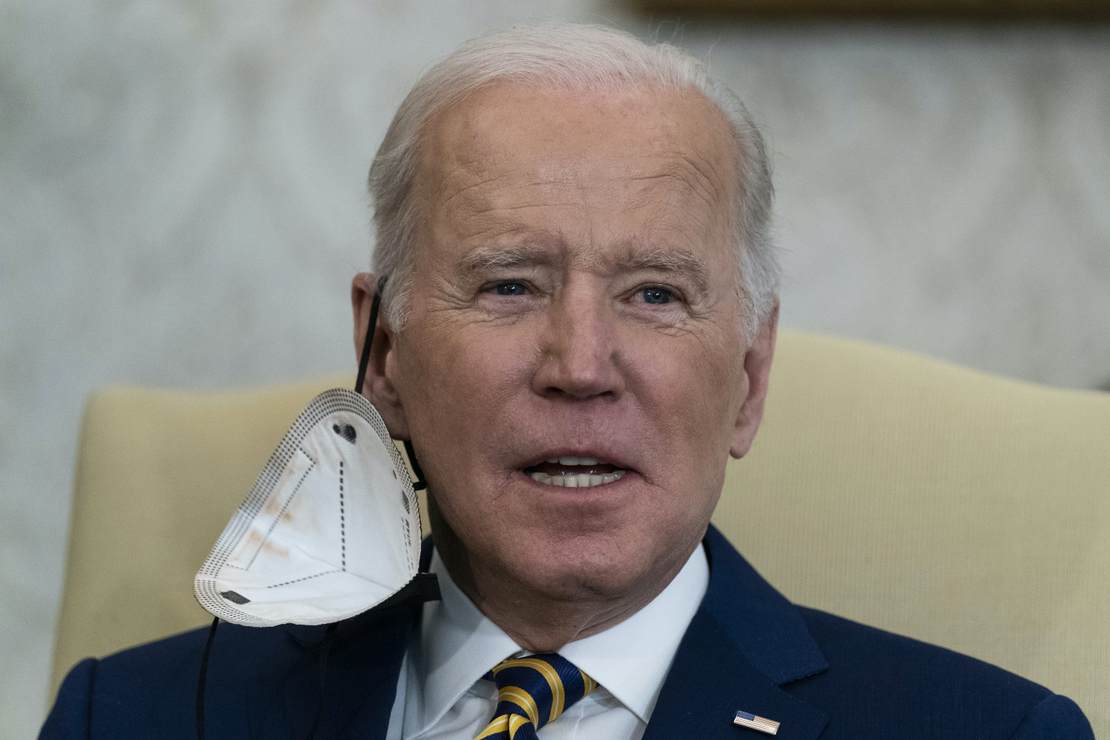 You know Democrats are in trouble when even the most liberal states can’t pretend things are going well.

When Siena first polled Biden’s job approval in New York back in February 2021, a healthy 54 percent rated him as “good” or “excellent.” As late as June of last year he was still north of 50 percent. Then came the August double whammy, a withdrawal debacle in Afghanistan and a huge surge of Delta in the south that proved Biden wouldn’t shut down the virus after all. In September, just 46 percent of New Yorkers rated him “good” or “excellent.”

Six months later, he’s lost another 10 points within that group:

In February, his favorable rating was 65/29. Today: 48/48. He’s on the brink of being net negative in popularity in New York.

Just how bad are these midterms going to be for Biden’s party?

A few days ago, Harry Enten pointed out that the already daunting generic ballot polls for Democrats are likely *underrating* how well Republicans will do this fall. Why? Because of the enthusiasm gap, says Enten. In some polling the GOP leads only narrowly overall but when you drill down and ask voters how enthusiastic they are to turn out, it’s night and day. CNN’s latest poll had Republicans up 44/43 on the generic ballot — but up 55/42 among those who are “very enthusiastic” and up 59/39 among voters who are “extremely enthusiastic.” A 20-point gap!

If every Republican and every Democrat in the country voted in November, we might have a tight race. But since enthusiastic voters are much more likely than unenthusiastic ones to actually cast a ballot, we’re looking at a bloodbath.

And the GOP is adjusting its midterm strategy accordingly:

Republicans are looking to expand the battleground map ahead of the November midterms, eyeing gubernatorial, Senate and House races outside of traditional swing states in the middle of a favorable political atmosphere…

“This year, the first midterm after a president’s been elected with both houses of Congress, it sets up really well,” said one GOP strategist with experience working in Colorado. “And there’s been nothing, literally nothing to date, that looks to disrupt a really, really positive environment for candidates running in red, purple and blue areas. That’s why the map has a really huge opportunity to stretch.”…

Republicans have already begun allocating staff and money for ad buys and touting strong candidate recruitment in states like New Mexico and Colorado, which are not at the core of the midterm fight but could be caught in a red wave if it rises high enough. Connecticut’s gubernatorial race and Washington state’s Senate election also fall in that expansion category, as do House races against some Democrats who saw double-digit wins in 2020.

Candidate quality will matter enormously in “reach” jurisdictions like Connecticut. If Republicans can find moderates capable of stealing the center from Dems, the sky’s the limit. If Trump ends up Leeroy-Jenkins-ing those races by endorsing no-hope MAGA candidates against more electable GOPers — which has already happened and may happen again — then the party will leave seats on the table.

Meanwhile, there’s been a surprising drift in Biden’s national job approval lately. Check out the recent uptick in the black line in RCP’s polling average:

Two weeks ago, Biden dipped to 39.8 percent. Today he’s back to 41.7 percent, still dismal but his best polling in a month. Republican-friendly Rasmussen has had him at 45-46 percent the last few days, his best stretch of numbers in their data since September(!). Is Biden seeing a little rebound nationally?

I think it’s possible, ironically for the opposite of the reasons his numbers began to tank last year. Omicron is fading and Democratic governors are beginning to loosen their COVID rules, possibly giving the president a small “normalcy” bounce. And Biden’s handling of Ukraine lately hasn’t been a foreign-policy debacle: He’s held NATO together and has American allies across the world, including in the far east, preparing sanctions for Russia. It’s not V-E Day but it’s not a debacle. Maybe there’s a “rally ’round the flag” effect he’s benefiting from.

Whether that effect will hold in a month or two when gas is four or five bucks a gallon is a separate matter.

In lieu of an exit question, read this Axios piece about Democrats grasping for a Republican villain to run against this fall. Trump? Eh, probably not. That didn’t work for Terry McAuliffe. DeSantis? That’d be weird timing, beating up on a guy who dropped COVID restrictions early at a moment when Dems are belatedly dropping them too. MAGA candidates writ large, like Marjorie Taylor Greene? That may be their best bet, but that’s why quality control with candidates is important for the GOP. The blander and more normal-seeming the average local Republican candidate is, the easier it is for swing voters to dismiss Greene as the exception in the party, not the rule.