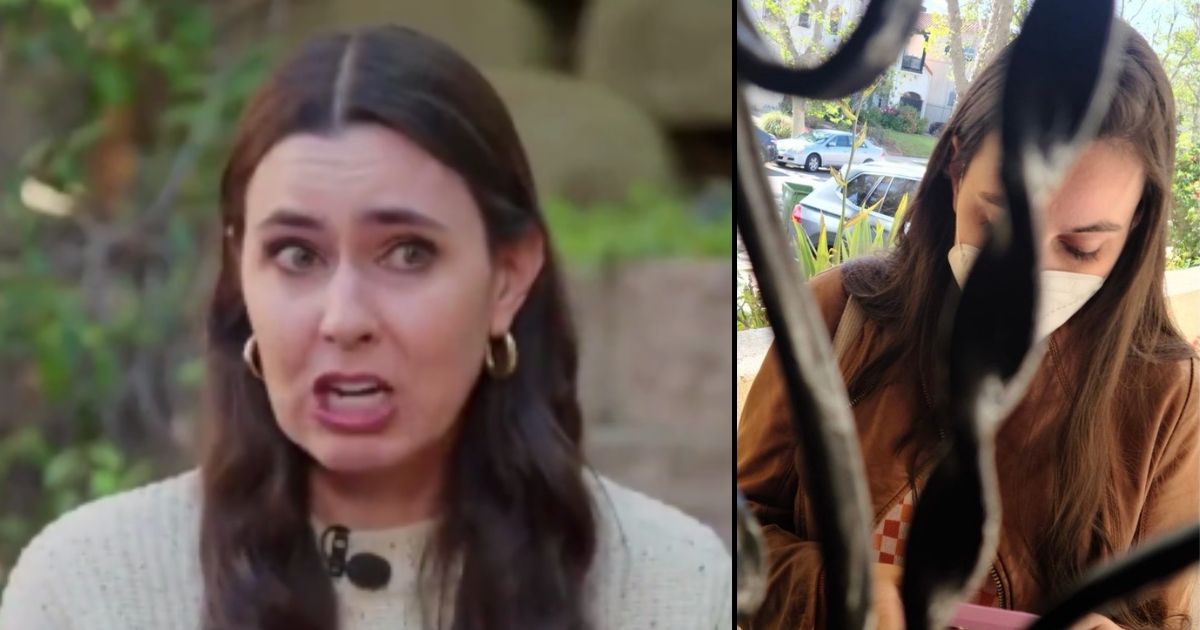 For those unfamiliar with Libs of TikTok, it is just what it says it is. The account searches TikTok for videos of liberals and shares them on Twitter to allow others to see how extreme and just plain ludicrous woke culture has become. The videos are not edited; they don’t need to be. They are ridiculous enough all by themselves.

For example, Libs of TikTok posted a video in February of a kindergarten teacher at a private school in Washington, D.C., celebrating “Black Lives Matter at School Week of Action” with a parade. Her students are seen marching through the school carrying BLM signs as they chanted “Black Lives Matter.”

A school in DC forced kindergarteners to march around with BLM signs and chant “Black Lives Matter” pic.twitter.com/wGiuBY13Yg

It was disturbing to watch young children being indoctrinated into left-wing identity politics — and we probably would never have known about it had it not been for Libs of TikTok. No wonder the left has targeted it.

The account provides little snippets of real life. It simply holds up a mirror to what’s going on in Woketopia. If liberals find the videos embarrassing, they’re welcome to stop humiliating themselves at any time.

Lorenz recently found herself the target of online harassment when she wrongly accused Silicon Valley investor Marc Andreessen of “using the ‘R-word’ — meaning ‘retard’ — during a private discussion on the members-only Clubhouse app,” according to the New York Post. In a widely read article, journalist Glenn Greenwald called her a “journalistic tattletale.”

In the clip below, which aired this month, Lorenz shares her pain (and tears) with an MSNBC host. She becomes so upset that it is difficult for her to speak.

This was Taylor Lorenz a few weeks ago. Never forget pic.twitter.com/jFpusBTmfy

A video of the complete segment that was available on YouTube as recently as Tuesday morning is no longer up.

Anyway, according to the Post, Lorenz said she had suffered “severe PTSD” from the harassment and had even contemplated suicide.

Now, not only has Lorenz published the name of the Libs of TikTok curator, but she allegedly showed up at her relatives’ homes on Monday. A tweet posted on Tuesday by Libs of TikTok, complete with a photo of a woman who looks an awful lot like Lorenz, bolsters those allegations.

Hi @TaylorLorenz! Which of my relatives did you enjoy harassing the most at their homes yesterday? pic.twitter.com/QehkBSgcmG

The double standard between the left and right is once again on full display, and Lorenz is being slammed on social media for her hypocrisy. As she should be.

The same people who – just 2 weeks ago – were insisting that criticizing Taylor Lorenz is wrong because it generates “harassment” toward her are now cheering as she shows up at the homes of the relatives of Twitter users to dox them.

Journalists at the top of the caste order.

Taylor Lorenz is a terrible journalist and worse human. Targeting a Twitter account that literally just posts Leftists owning themselves because that account damages the Left is pure Lorenz.

Lorenz’s latest article tells us two things: that the left really doesn’t like free speech and that in her school days, she was the class tattletale.

The Western Journal has reached out to Lorenz for comment.