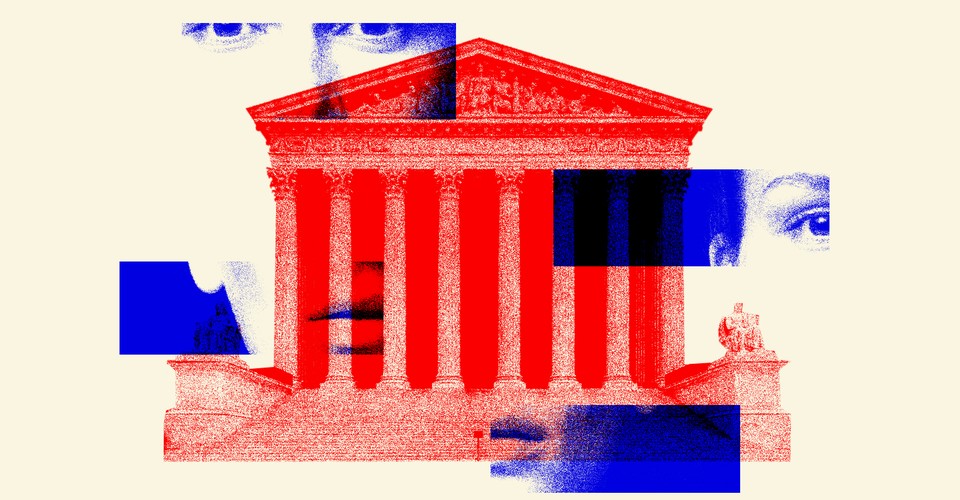 “The Constitution is neither pro-choice nor pro-life.” So said Justice Brett Kavanaugh, not once, not twice, but three times during last week’s oral argument in Dobbs v. Jackson Women’s Health Organization. It’s the judicial equivalent of a poll-tested line, an attempt to message the overturning of Roe v. Wade as fundamentally pro-democratic, something for voters to decide. A woman’s right to end a pregnancy “should be left to the people, to the states, or to Congress,” Kavanaugh argued.

Kavanaugh’s talking points reflect a political reality: Americans like the idea of self-government. When asked, three-quarters believe that their elected officials should represent the majority’s views. By claiming to be “scrupulously neutral,” another phrase Kavanaugh repeated in oral argument, conservatives are implying that overturning Roe is a small-d democratic position to take.

But the Supreme Court’s position is neither scrupulous nor neutral. Instead, Kavanaugh and his fellow conservative justices seem prepared to impose the will of an anti-abortion minority with a kind of one-two punch. In a ruling in the near future, the Court’s conservatives are likely to hand autonomy over women’s bodies to state legislatures. And in rulings in the recent past, the Court has set those state legislatures up, via gerrymandering and voter suppression, to ban abortion regardless of whether those bans are supported by the people of their state.

Even without the Court’s help, many states’ legislative maps would give the Republican Party a natural edge. That’s because Democratic voters tend to cluster in cities—think of Detroit in relation to Michigan, Philadelphia and Pittsburgh in Pennsylvania, Madison and Milwaukee in Wisconsin. The goal of gerrymandering politicians is to dilute the power of the opposing party’s voters by “packing” them into a small number of districts; when Democrats cluster in cities, they essentially pack themselves. As the urban-rural divide in politics has grown, so too has the GOP’s edge.

In many competitive states, it would be impossible to gerrymander a Democratic majority that would withstand nearly any voter backlash, but fairly easy to gerrymander a lopsided Republican one. And that’s just what Republicans in many states have done. In Wisconsin in 2018, for example, Republicans lost the popular vote by more than eight percentage points, yet won more than 60 percent of the assembly seats.

The Supreme Court has taken this bad situation and made it worse. For years, as gerrymandering became more egregious, the hope was that the Court would step in and throw out the most blatantly partisan maps. But in 2019, in Rucho v. Common Cause, the conservative majority dashed that hope completely, ruling that federal courts cannot overturn a map for being too partisan, even if politicians explicitly drew it to keep their party permanently in charge. They’ve essentially invited Republican state legislators to gerrymander as aggressively as possible—in this redistricting cycle, that’s exactly what we’ve seen happen in states including Ohio, Florida, and North Carolina.

Mary Ziegler: The end of Roe

Rucho was a blow to fair districts in general, but its effects have been particularly damaging to state legislatures. In theory, Congress can still pass redistricting reform at the federal level, and the For the People Act would do just that. But Congress is powerless to demand independently drawn districts for state legislatures. Some states have constitutions that curb gerrymandering, and others already have independent commissions or ballot initiatives that allow voters to support reform directly. But thanks to the Court’s conservatives, states without those tools are stuck in a catch-22: The only way to end gerrymandering is with a new state law, but passing a new state law is impossible because the legislatures are so badly gerrymandered.

Rucho belies Kavanaugh’s claim of “scrupulous neutrality.” Along with other anti-voting-rights decisions handed down in the Court’s conservative recent years, it means that if Roe is overturned, deep-red states such as Alabama, Mississippi, and Kentucky won’t be alone in lining up to eliminate a woman’s right to choose. States whose voters are split nearly evenly between Democrats and Republicans but whose legislatures are controlled by Republicans—including Florida, North Carolina, and Wisconsin—are likely to do the same. According to the Pew Research Center, 59 percent of Americans believe that abortion should be legal in most or all cases. But thanks to the Court’s rulings, the majority won’t get its way nationwide—and won’t get its way statewide in many places, either.

As is by now obvious, allowing state legislatures to gerrymander themselves into perpetual power was a means, not an end unto itself. The arguments in Dobbs, and the ruling that will likely follow, are about to present the country with an incredibly clear example of what “tyranny of the minority” looks like. For example, in Wisconsin, a 172-year-old law criminalizing abortion was never taken off the books, and could spring back into effect if the Court overturns Roe. For state legislatures to refuse to repeal that law—taking away women’s rights via a law passed before the Civil War that’s been inactive for five decades—is exactly the kind of scenario that could spark a voter backlash, especially because a majority of Wisconsinites believe abortion should be legal in most or all cases. But thanks to Wisconsin’s gerrymandered Republican majority, a voter backlash might not matter.

Adam Serwer: Republicans hope their assault on democracy will stop a post-Roe backlash

The power of this one-two punch—eroding democracy at the state level and then handing power to the states—won’t be limited to abortion. There are any number of areas, including environmental regulations, workplace protections, and anti-discrimination laws, where gerrymandered state legislative majorities are far to the right of Americans as a whole.

Most dangerous, the Court could do to voting rights what it seems poised to do to abortion rights. If the Court decides to give state legislatures complete and total control over who votes, whose votes are counted, and how elections are certified, the same rulings that allowed Republicans to grant themselves permanent state legislative majorities might allow them a similar stranglehold on Congress and the White House. In 2020, the Court stood firm and refused to let a president overturn a presidential election. But there’s no guarantee that the justices won’t allow states to overturn a presidential election instead—which, not incidentally, would lead to even more far-right judges joining America’s courts.