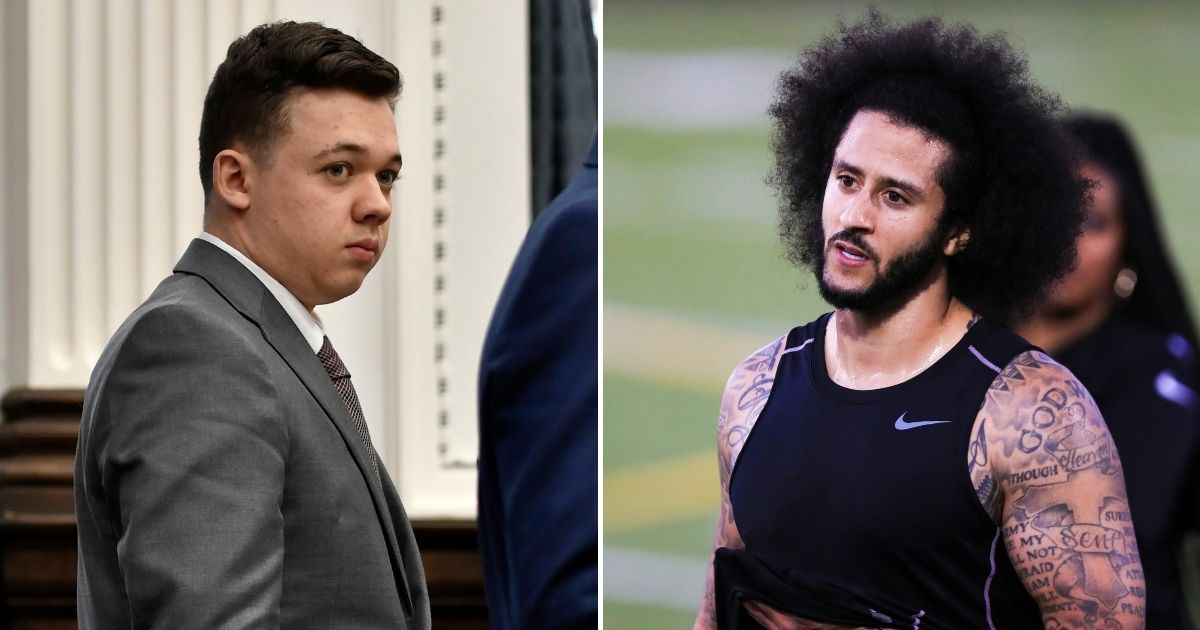 Over the course of the last couple weeks, the United States justice system worked as it was designed to in the case of 18-year-old Kyle Rittenhouse. The jury considered the array of testimonies and evidence, and they ultimately found Rittenhouse not guilty on Friday of all five charges brought against him.

Sadly, many leftists were unable to accept the verdict because of their own preconceived notions about the trial. That list included woke former NFL player Colin Kaepernick.

“We just witnessed a system built on white supremacy validate the terroristic acts of a white supremacist,” Kaepernick ranted on Twitter. “This only further validates the need to abolish our current system. White supremacy cannot be reformed.”

This only further validates the need to abolish our current system. White supremacy cannot be reformed.

There is absolutely no evidence to suggest Rittenhouse is a white supremacist. Both men he killed in self-defense were white, as was the man he wounded.

Furthermore, defendants in the U.S. are considered innocent until proven guilty. In order to get a conviction, the prosecution needed to prove to the jury that Rittenhouse did not act in self-defense during the Kenosha, Wisconsin, riots in August 2020.

Instead, the defense spent their time saying Rittenhouse played too many video games and pointing firearms at people in the courtroom.

The justice system worked as it was meant to, and that lead to a not guilty verdict. The only reason Kaepernick does not like the system is because it does not provide the result he wants every time.

Is Kaepernick advocating for racially based verdicts?

Neither Kaepernick nor the other leftists railing against the justice system on Friday presented any substantive evidence as to how the system was “built on white supremacy.” That is because this claim is untrue.

According to Yahoo! Sports, Kaepernick wrote a letter to NBA star LeBron James to thank him for protesting the police shooting of Jacob Blake in August 2020. Blake was a convicted criminal who repeatedly ignored officers and reached into his car, in which he had a knife, before a police officer justifiably shot him.

Despite the obvious fact that Blake’s own actions led an officer to shoot him in fear of his safety, Kaepernick assumed the officer was ill-intentioned. That is identity politics at its finest, and it is the exact same reason Kaepernick continues to parrot false claims about Rittenhouse.

In many situations, leftists do get the verdict they wish for in high-profile cases. When former officer Derek Chauvin was convicted of murder in April following the death of George Floyd, James celebrated the justice system holding him accountable.

Ex-NFL Player Says Kap Is Critical Threat to Black Americans: ‘He Has an Evil, anti-American Spirit’

It is only when the verdict does not go their way that leftists like James and Kaepernick make baseless claims about systemic racism in the justice system.

The fact that Chauvin was convicted and Rittenhouse was not should prove the justice system is not inherently racist. If the jury feels they have evidence to convict someone of murder, they will. If they don’t feel they have the evidence, they won’t convict.

But to leftists, that is not enough. Each time a white man is acquitted in a case with racial undertones, people like Kaepernick will continue to peddle false claims of “white supremacy” regardless of the evidence to the contrary.