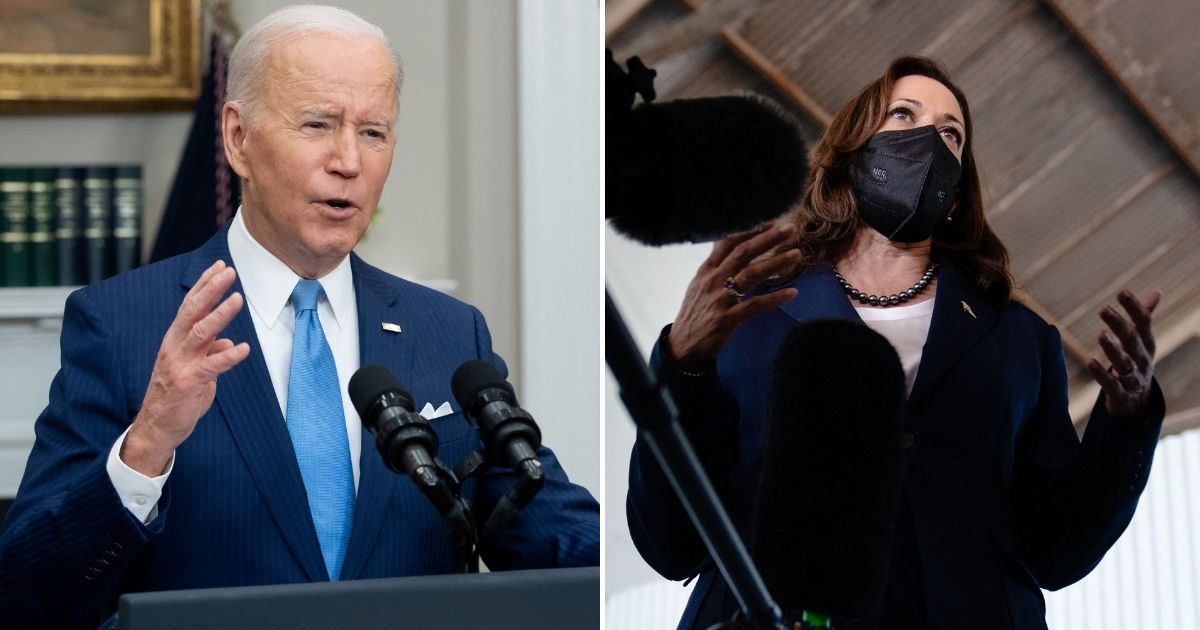 President Joe Biden has known Tribe since the 1980s and has sought his counsel on numerous matters over the years, including on extending the eviction moratorium last summer, according to The Washington Post.

In September 2020, Tribe authored an opinion piece for the Boston Globe arguing that then-Vice President Mike Pence did not have the constitutional authority in his role as president of the Senate to break a tie to confirm a Supreme Court nominee.

“While the vice president has the power to cast a tiebreaking vote to pass a bill, the Constitution does not give him the power to break ties when it comes to the Senate’s ‘Advice and Consent’ role in approving presidential appointments to the Supreme Court,” the constitutional scholar wrote.

“A thumb on part of the scale in the legislative process is hugely different from single-handedly tipping the entire scale when it comes to confirming justices,” Tribe added.

‘Not This Time’: GOP Lawmaker Speaks for 74 Million Americans, Disarms Libs of Their Favorite Weapon

Though Republicans held a 52-48 majority at the time, Tribe conjectured that moderate GOP Sens. Lisa Murkowski of Alaska and Susan Collins of Maine could vote against a nominee who was too conservative (read: who might vote to overturn Roe v. Wade).

Murkowski did not support Brett Kavanaugh’s nomination in 2018, but he was confirmed nonetheless with Collins’ support.

In 2020, Tribe’s proposition was not tested, as both Murkowski and Collins backed Amy Coney Barrett in a strict party-line vote.

However, the Senate is now evenly split between the political parties, making the possibility of Vice President Kamala Harris’ vote being needed to break a tie seemingly more likely.

Do you think Harris has the authority to cast a tie-breaking vote for a Supreme Court nominee?

RealClearPolitics reached out to Tribe to see if he still held to his 2020 view now that Democrats are in power. To his credit, the professor did not backtrack.

“I wrote that piece around 15 months ago and have not thought about the issue since. I doubt that I would reach a new conclusion upon re-examining the matter,” he said.

But in a Thursday tweet, Tribe gave himself a slight out, writing, “I’d need to read what other scholars have written criticizing my 2020 view in the interim if the issue becomes relevant.”

I didn’t think so in 2020 when Pence was VP and wouldn’t change my mind just because Harris is the VP now, but I’d need to read what other scholars have written criticizing my 2020 view in the interim if the issue becomes relevant. https://t.co/kAx3ncfYYB

In other words, since talking to RealClearPolitics, he’s noodled with the idea of flipping on the matter.

The issue is likely moot anyway.

Both Collins and Graham have repeatedly stated that as long as nominees are qualified, the president has the right to choose whom he wants on the bench.

Murkowski faces re-election in November, so she may vote against a Biden nominee with a far-left judicial philosophy, especially if her vote does not sway the final outcome.

In all likelihood, Harris’ vote will not be needed and Tribe won’t have to issue a last-minute reversal on whether a VP can break a confirmation vote tie.