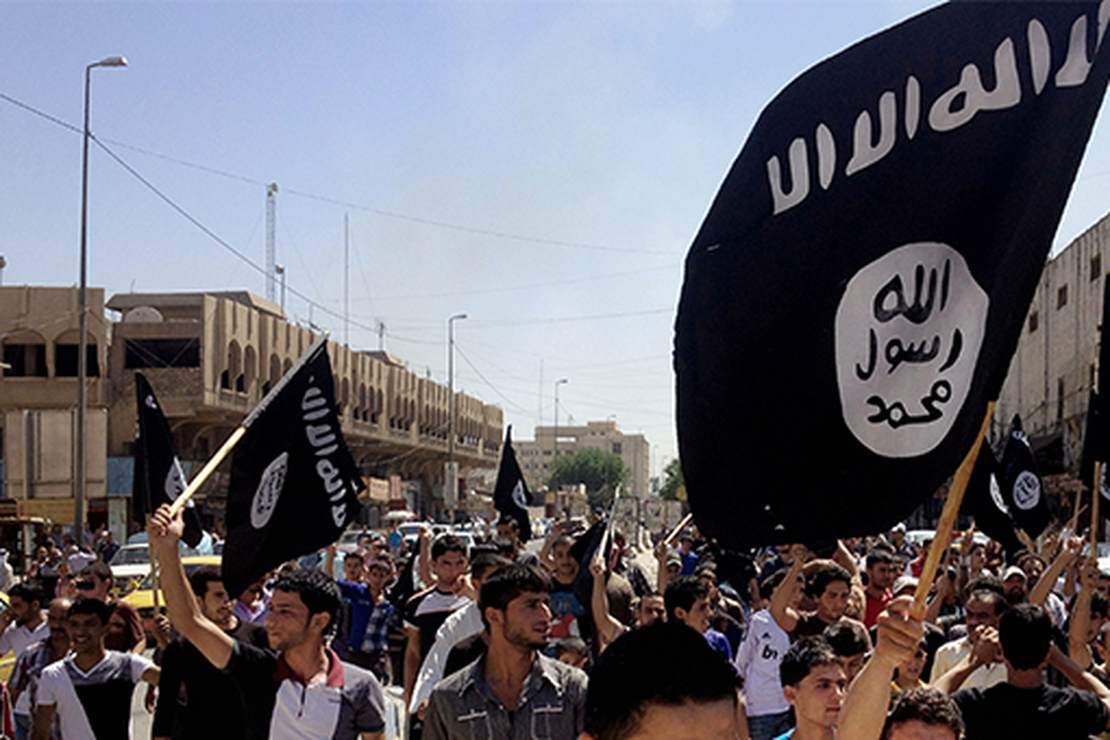 A woman from Kansas has been accused of organizing and leading an all-female ISIS military battalion. Allison Fluke-Ekren, a U.S. citizen and mother of five children, was apprehended in Syria. She was transferred into FBI custody on Friday and brought to the Eastern District of Virginia. According to DOJ, she will have her first appearance at the federal courthouse in Alexandria Monday afternoon.

DOJ made the announcement on Saturday about Fluke-Ekren, a 42-year-old woman who formerly lived in Kansas and worked as a teacher. She traveled to Syria several years ago to commit and/or support terrorism. DOJ lists several names that she has used along the way. Her name is Allison Elizabeth Fluke-Ekren, aka “Allison Elizabeth Brooks,” aka “Allison Ekren,” aka “Umm Mohammed al-Amriki,” aka “Umm Mohammed,” and aka “Umm Jabril,” She led an all-female military battalion on behalf of the Islamic State of Iraq and al-Sham (ISIS). A criminal complaint was filed in 2019 in the U.S. District Court for the Eastern District of Virginia and it has now been unsealed.

According to the release, “Fluke-Ekren is charged with providing and conspiring to provide material support or resources to a foreign terrorist organization. If convicted, she faces a maximum penalty of 20 years in prison. Actual sentences for federal crimes are typically less than the maximum penalties. A federal district court judge will determine any sentence after taking into account the U.S. Sentencing Guidelines and other statutory factors.”

ISIS leaders were proud to have a hyper-radicalized American among them, as were the members of her battalion. She was described by witnesses as being “off the charts” radicalized, an “11 or a 12” on a scale of 1 to 10. She is alleged to have trained her own children to use AK-47s and suicide belts. She translated speeches made by ISIS leaders and she was involved in planning an attack on an American college campus. She allegedly planned and recruited operatives for the college campus attack.

Fluke-Ekren was appointed in 2016 to lead the Khatiba Nusaybah, an all-female military unit of the Islamic State, in Raqqa, Syria, according to a criminal complaint filed in 2019 and unsealed Saturday.

In that role, she trained more than 100 women to fire assault rifles, throw grenades, drive explosives-laden vehicles, and use suicide belts so that they could fight in the 2017 siege of Raqqa — trainings that local leaders made mandatory for all female residents, witnesses allege.

She was only interested in large-scale attacks, with smaller attacks considered a waste of time. She instructed her recruits how to dress and use backpacks filled with explosives.

In 2014, Fluke-Ekren discussed a plan to “dress like infidels” and drop off an explosives-packed backpack at an unnamed US college to kill students, FBI Special Agent David Robins alleged in the criminal affidavit.

She told a witness “not to worry about the logistics because she knew how to get into the US from Mexico,” Robins wrote.

Another witness claimed that Fluke-Ekren mapped out how she might attack a US shopping mall by stowing a car bomb in a basement parking garage and detonating it with a cell phone trigger.

“Fluke-Ekren considered any attack that did not kill a large number of individuals to be a waste of resources,” US Attorney Jessica Aber wrote in a court affidavit filed Friday.

She began a blog in 2008 that chronicled “the adventures of the Fluke-Ekren family” when she lived in Lawrence, Kansas. Her family was a young one and traveled to Turkey and Egypt. There were tourist-type photos of the pyramids and camel rides. In 2010, the family celebrated the birth of her youngest child. By 2011 she was permanently living overseas and becoming heavily involved in Islamic terrorism, according to DOJ.

She has been married several times – her husbands killed during their terror attacks.

Her first husband was killed in Syria 2016 as he attempted to carry out a terrorist attack, prosecutors said. She subsequently wed a Bangladeshi ISIS member who also died, then married a prominent ISIS leader who headed the group’s failed 2017 defense of Raqqa.

Fluke-Ekren wanted a contact in Syria to send a message to one of her American family members that she died in 2018. She didn’t want the U.S. government to try to locate her. She wanted to die as a martyr in Syria, never to return to America. Her little plan to deceive her family didn’t work, obviously, and now she will be held accountable. She is charged with providing material support to a terrorist organization. That charge carries a 20-year prison sentence.

From 2014 to 2017, six separate individuals observed her alleged terrorist conduct, according to the complaint. Her involvement in the Khatiba Nusaybah is also detailed.

The complaint further describes Fluke-Ekren’s alleged leadership role in the Khatiba Nusaybah. According to a witness, in or about late 2016, the “Wali” (or ISIS-appointed mayor) of Raqqa, Syria, allegedly permitted the opening of the “Khatiba Nusaybah,” which was a military battalion comprised solely of female ISIS members who were married to male ISIS fighters. Shortly thereafter, Fluke-Ekren allegedly became the leader and organizer of the battalion. Fluke-Ekren’s alleged main objective in this role was to teach the women of ISIS how to defend themselves against ISIS’ enemies. According to another witness, ISIS allegedly mandated women who were staying in Raqqa during the 2017 siege to attend the training. The siege was launched by the Syrian Democratic Forces (SDF) against ISIS with an aim to seize Raqqa, the former de facto capital of ISIS in Syria. The battle began on or about June 6, 2017 and concluded on or about Oct. 17, 2017, at which point the SDF regained controlled of Raqqa.

It’s good news that she was apprehended and is in custody. It is also notable that she was telling recruits that she knows how to get them into the United States from Mexico. It is a good reminder that border security is a national security requirement. This woman wanted to pull off terror attacks on college campuses and at shopping malls. Open borders advocates like to pooh-pooh the threat of terrorists coming over the border and blending in until they are able to pull off an attack. That is a foolish position to take, though, especially with the historic levels of illegal migration happening during the Biden border crisis.