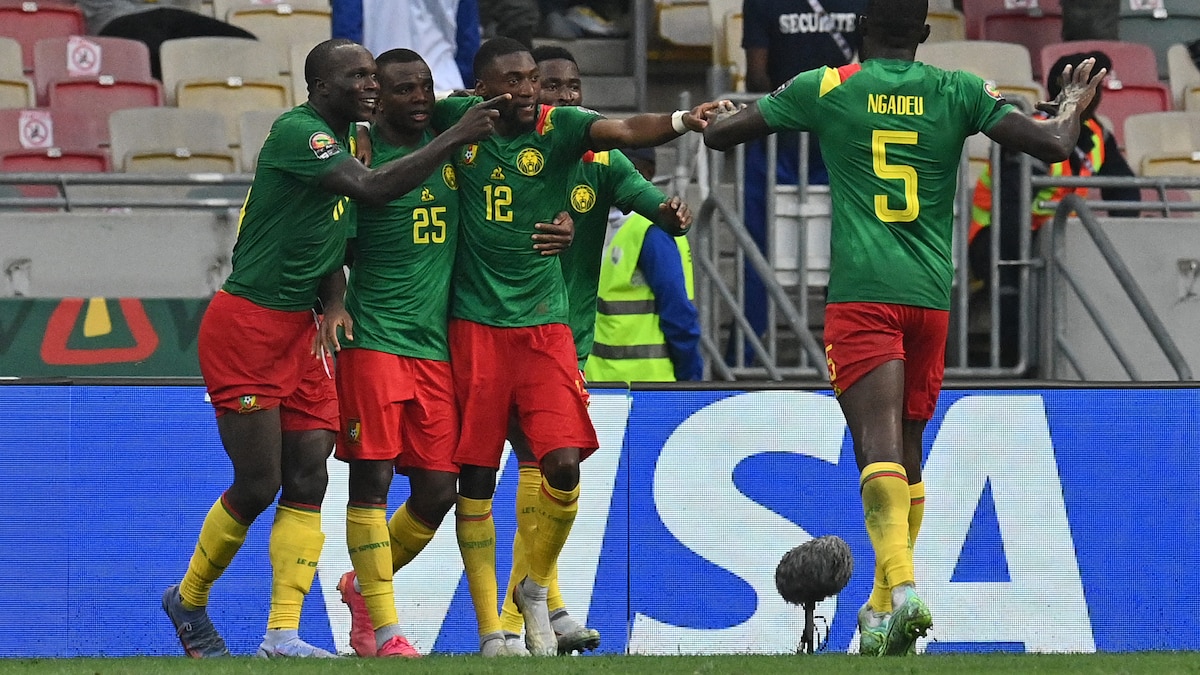 Cameroon are through to the semi-finals of their Africa Cup of Nations after Karl Toko-Ekambi’s double fired them to a 2-0 win over Gambia on Saturday in the hosts’ first game at the tournament since the deadly crush in Yaounde. French-born Lyon striker Toko-Ekambi scored two goals in the space of eight minutes at the start of the second half, leading to scenes of ecstatic celebration in Douala. His goals were just reward for Cameroon, who completely dominated against a Gambian side appearing in their first ever Cup of Nations. Reaching the quarter-finals was an extraordinary performance for the tiny west African country, while Cameroon march on to a last-four showdown with either Egypt or Morocco as they continue their quest for a sixth continental title.

The host nation’s first and only visit to the country’s economic capital in the tournament meant there was always going to be a frenzied atmosphere in this chaotic, football-mad city as fans descended on the Japoma Stadium.

The Indomitable Lions had not taken to the field since Monday’s tragic crush prior to their last-16 game against the Comoros in Yaounde, a disaster which left eight dead and 38 injured.

Authorities here massively stepped up their security operation around the ground in an attempt to make sure there was no repeat.

Army officers with rifles stood atop buildings lining the route to the stadium while vast numbers of police patrolled the streets and watched over entrances.

On the eve of the game Cameroon’s sports minister gave a press conference to announce a raft of measures aimed at avoiding a repeat of the Olembe disaster.

Those included stopping the distribution of free tickets and banning children under 11 from attending games.

The minister also urged supporters to arrive earlier, and the gates at Japoma opened five hours prior to kick-off.

That meant the deafening noise of vuvuzelas filled the air well before the Cameroon team arrived at the ground, dancing their way from the bus to the changing room, and only stopped momentarily for the silence in memory of the crush victims.

Coronavirus restrictions put in place for the AFCON have restricted crowds to a maximum of 60 percent of capacity but that is raised to 80 percent when the host nation play, meaning an official attendance of 36,259 for this game.

Cameroon were the overwhelming favourites against tiny Gambia, although Toni Conceicao’s side had laboured to beat the Comoros, another AFCON debutant and who were forced to play an outfield player in goal.

There might have been some doubts in the home camp at half-time after they completely bossed the first 45 minutes without getting the breakthrough.

Vincent Aboubakar, the Cameroon captain and the tournament’s top scorer, sent one header just wide shortly after the half-hour mark and then saw another attempt from point-blank range swatted away by Gambian goalkeeper Baboucarr Gaye.

Yet the opening goal came just five minutes into the second half, the excellent right-back Collins Fai crossing and Toko-Ekambi nodding down into the far corner.

Out came the vuvuzelas, and the crowd were on their feet again on 57 minutes as the impressive Martin Hongla sent a low ball across goal for Toko-Ekambi to finish emphatically for his fifth goal at this AFCON.

Pending confirmation from the Confederation of African Football, Cameroon are now due to return to Olembe for their semi-final on Thursday, and possibly for the final next Sunday too.