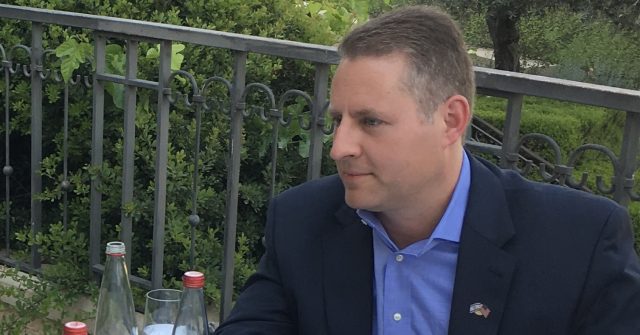 Attorney Ken Klukowski is accusing the House Select Committee to Investigate the January 6th Attack on the United States Capitol of withholding evidence, saying that it falsely accused him of participating in a plot to overturn the 2020 election.

Klukowski was one of over 1,000 witnesses called to testify before the committee behind closed doors. He sat for several depositions, and for several hours at a time.

He told the committee he had been opposed to the effort to stop the certification of Electoral College votes on January 6, 2021, based on his understanding of the Constitution and the electoral process.

However, in the fifth public hearing of the January 6 Committee last week, Reps. Bennie Thompson (D-MS) and Liz Cheney (R-WY) suggested that he was part of a scheme to reverse the election results:

BENNIE THOMPSON: … A key focus of our hearing today will be a draft letter that our witnesses here today refused to sign. This letter was written by Mr. Jeff Clark with another Department of Justice lawyer, Ken Klukowski, and the letter was to be sent to the leadership of the Georgia state legislature. Other versions of the letter were intended for other states.

Neither Mr. Clark nor Mr. Klukowski had any evidence of widespread election fraud, but they were quite aware of what Mr. Trump wanted the department to do. Jeff Clark met privately with President Trump and others in the White House and agreed to assist the president without telling the senior leadership of the department who oversaw him.

Vice Chair Liz Cheney, R-Wyo., of the House panel investigating the Jan. 6 U.S. Capitol insurrection, joined at left by Chairman Bennie Thompson, D-Miss., testifies before the House Rules Committee seeking contempt of Congress charges against former President Donald Trump’s White House chief of staff Mark Meadows for not complying with a subpoena, at the Capitol in Washington, Tuesday, Dec. 14, 2021. A House vote to hold him in contempt would refer the charges to the Justice Department, which will decide whether to prosecute the former Republican congressman.

LIZ CHENEY: The committee has also learned that Mr. Clark was working with another attorney at the department named Ken Klukowski, who drafted this letter to Georgia with Mr. Clark. Mr. Klukowski had arrived at the department on December 15th with just 36 days left until the inauguration. He was specifically assigned to work under Jeff Clark.

And Mr. Klukowski also worked with John Eastman, who we showed you at our hearing last week, was one of the primary architects of President Trump’s scheme to overturn the election. The Georgia letter that we’ve been discussing specifically talks about some of Dr. Eastman’s theories, including “The purpose of the special session the department recommends would be for the General Assembly to determine whether the election failed to make a proper and valid choice between the candidates, such that the General Assembly could take whatever action is necessary to ensure that one of the slates of electors cast on December 14th will be accepted by Congress on January 6th.” The committee has also learned that the relationship between Dr. Eastman and Mr. Klukowski persisted after Mr. Klukowski joined the Justice Department.

Let’s take a look at an email recommending that Mr. Klukowski and Dr. Eastman brief Vice President Pence and his staff. Other recipients of this email included the chief of staff to Congressman Louie Gohmert. And the email says, as stated last week, I believe the vice president and his staff would benefit greatly from a briefing by John and Ken. As I also mentioned, we want to make sure we don’t overexpose Ken, given his new position.

This email suggests that Mr. Klukowski was simultaneously working with Jeffrey Clark to draft the proposed letter to Georgia officials to overturn their certified election and working with Dr. Eastman to help pressure the vice president to overturn the election.

In fact, Klukowski said in a statement Sunday, he supported exactly the opposite course of action. He accused the Committee of operating in bad faith, cherry-picking one snippet of his testimony that is contradicted by his deposition as a whole. And he challenged the committee to release the full transcript of his testimony:

Response of Ken Klukowski to January 6 Committee Hearing of June 23, 2022

The January 6 Committee falsely accused me on Thursday of being a go-between in a conspiracy to overturn the 2020 election. That accusation is false both in its broad outlines and its details. Since the Committee first contacted me, I have cooperated without hesitation, provided it with hundreds of documents, and sat for many hours of recorded depositions. The information produced from those efforts fully contradicts the Committee’s statements regarding my actions, yet the Committee has chosen to keep such information to itself rather than share it with the public. I would highlight several critical points of correction:

First, I was not sent to the Department of Justice (DOJ) to act as a link between Jeff Clark and John Eastman on election matters, or to otherwise seek to overturn the results of the 2020 election. Nor did I. My transfer to the Civil Division of DOJ was in the works since July 2020, long before Jeff Clark was the acting head of that Division. The transfer was for the purpose of gaining litigation experience, was preliminarily approved in September 2020, and had nothing to do with the election. All of this is contained in documents and testimony provided to the Committee.

Second, as I testified to the Committee, I disagreed with John Eastman’s theory on the powers of the Vice President at the January 6 joint session of Congress. My view is—and has always been—that, because the Constitution specifies that Congress sets the date for the Electoral College to cast its votes, any election challenges in court, or any direct action by state legislatures to appoint electors, must happen by December 14, 2020, at the latest. The Committee has my sworn testimony, and documents reflecting my expression of such views, yet has chosen to ignore them and misrepresent me as advancing the opposite of my views.

Third, I never briefed or advised Vice President Pence, or his staff, regarding any matter, including the 2020 election or the January 6 joint session of Congress. Any outside suggestion that I do so was not made with my involvement. Moreover, had anyone, including the Vice President, asked, I would have expressed the views described above and contradicted any suggestion to the contrary. I made this clear in my testimony to the Committee, but the Committee chose to ignore this testimony as well.

Fourth, while it is correct that I “assisted” in the draft letter for which Jeff Clark later sought approval, that letter was Clark’s idea, largely dictated or outlined by him, and my role as his subordinate was to commit his dictations and outline to writing and fill in legal citations at the direction of my then-boss over the course of a single day, December 28, 2020. Clark told me the letter was for joint signature by Acting Attorney General Rosen, Acting Deputy Attorney General Donohue, and Clark. I had no knowledge at that time that neither General Rosen nor his deputy had any intention of signing such a letter. Moreover, I had no knowledge of any purported evidence uncovered in DOJ election investigations, nor did I communicate with anyone outside DOJ regarding the letter. Once again, I provided all of this information to the Committee during my depositions.

I have cooperated with the Committee because I understood its mission to be finding and disclosing the truth about events surrounding January 6. Yet its statements about me yesterday do no such thing and actively undermine that mission.

I call on the Committee to release in their entirety the transcripts of both of my Committee depositions, so that the American people can see an accurate and truthful account of my activities, not the distorted and demonstrably false narrative now being spun.

In addition to having served in the Trump administration, Klukowski also writes about legal affairs for Breitbart News.