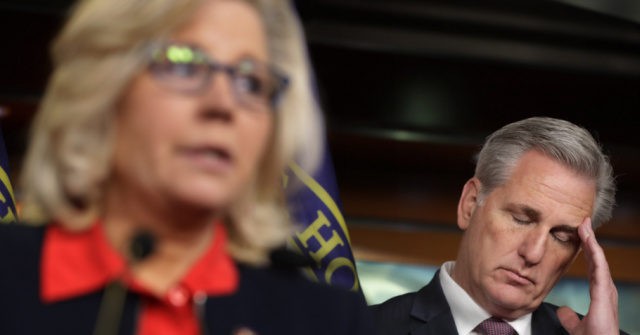 Earlier today, a spokesman denied the report that McCarthy called for Trump’s resignation from the upcoming book, “This Will Not Pass: Trump, Biden, and the Battle for America’s Future,” authored by Burns and Martin.

CHENEY: I guess there’s a question. When we’re talking about the 25th Amendment resolution, and you asked if, you know, what happens if it gets there after he’s gone, is there any chance, are you hearing, that he might resign, is there any reason to think that might happen?

MCCARTHY: I’ve a few discussions. My gut tells me no, I’m seriously thinking of having that conversation with him tonight. I haven’t talked to him in a couple of days. From what I know of him, I mean you guys know him too, do you think he’d ever back away? But, what I think I’m going to do, is I’m going to call him. This is what I think, we know it’ll pass the House.

I think there’s a chance it’ll pass the Senate, even when he is gone. And I think there’s a lot of different ramifications for that. Now, I haven’t had a discussion with the DEMs, that if he did resign, with that happen? Now, this is one personal fear I have. I do not want to get into any conversation about Pence pardoning. Again, the only discussion I would have with him is that, I think this will pass. And it will be my recommendation you should resign. I mean, that would be my take. But I don’t think he would take it. But I don’t know.