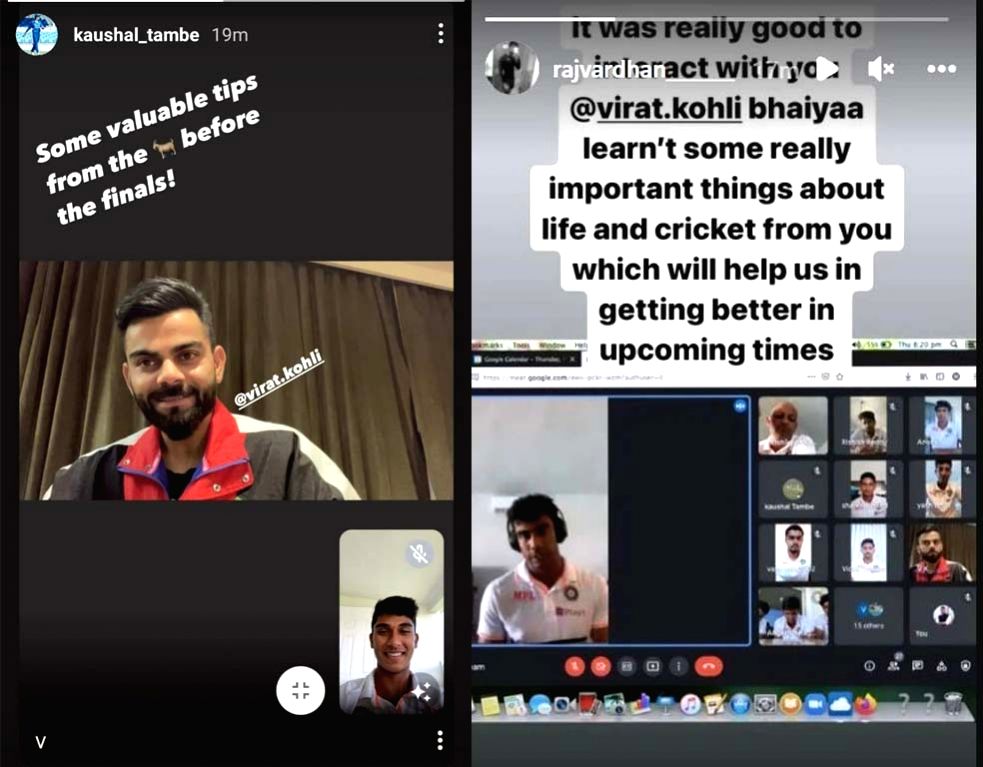 New Delhi, Feb 3 : India U-19 cricketers were offered some “valuable tips” by former skipper and star batter Virat Kohli ahead of their World Cup final encounter against England.

The Yash Dhull-led side registered a brilliant victory over the three-time winners Australia in the second semi-final on Thursday at the Coolidge Cricket Ground in Antigua. They will now face England in the final on Saturday.

Kohli had a virtual interaction with young India cricketers.

India U-19 off-spinner Kaushal Tambe took to Instagram to share a screengrab of their virtual interaction with Kohli, saying, “Some valuable tips from the GOAT ahead of the finals.”
All-rounder Rajvardhan Hangargekar also shared a screengrab of Kohli interacting with the teenage cricketers. “It was really good to interact with you @virat.kohli bhaiyaa. Learnt some important things about life and cricket from you which will help us in getting better in upcoming times,” Hangargekar wrote in his post.

In 2008, Kohli led India to the U-19 World Cup title. Kohli is currently in Ahmedabad training for the upcoming 3-match ODI series against the West Indies from February 6.