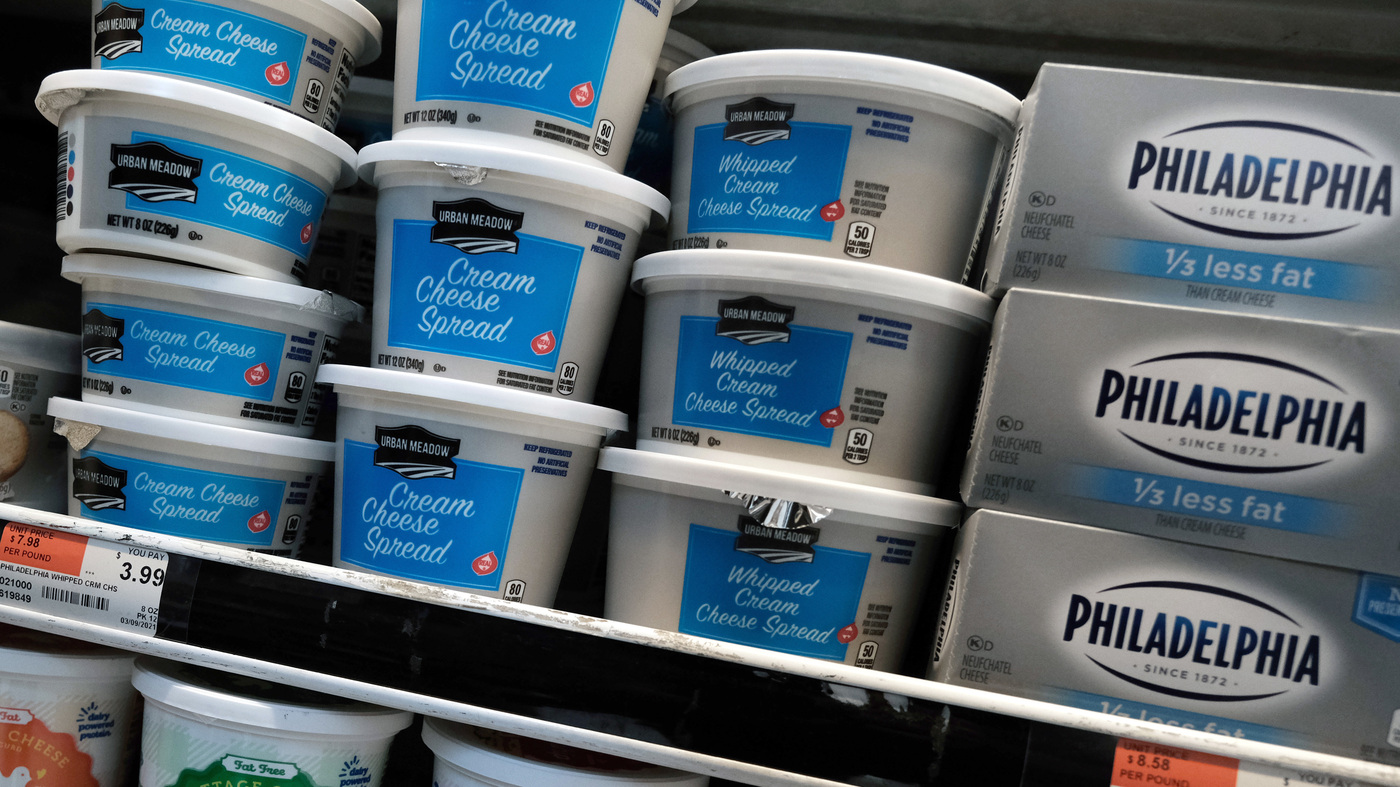 Cream cheese on a shelf in a Manhattan grocery store earlier this month. Kraft, which owns Philadelphia Cream Cheese, will reimburse thousands of customers $20 each to buy or bake desserts without cream cheese, which is hard to get this holiday season.

Cream cheese on a shelf in a Manhattan grocery store earlier this month. Kraft, which owns Philadelphia Cream Cheese, will reimburse thousands of customers $20 each to buy or bake desserts without cream cheese, which is hard to get this holiday season.

Supply-chain issues are the gift that keeps on giving this holiday season. And the latest unlucky recipient appears to be none other than everyone’s favorite bagel topping.

Panic over a cream cheese shortage started earlier this month when The New York Times reported that delis across the city were scrambling for schmear. And it grew last week when popular chain Junior’s Cheesecake said it was periodically pausing production of its signature product, citing insufficient supply of the key ingredient.

Food distributors and company spokespeople say various factors are to blame, from a labor shortage and scarcity of packing supplies to sustained demand as a result of more people eating breakfast at home and baking with cream cheese (two particularly pandemic-friendly pastimes).

And where some people see a national debacle, others see a (somewhat cheesy) marketing opportunity.

Kraft Heinz, which owns the Philadelphia brand, is offering to reimburse thousands of holiday shoppers $20 each for desserts they bake or buy that don’t contain any cream cheese.

“You may not be able to find Philly to make a cheesecake,” reads its website. “So get any other dessert on us.”

The “Spread the Feeling” promotion will run from Friday to Jan. 4, but dessert devotees will have just two days to try and claim a spot. The company says that 10,000 online reservations will open at noon ET on Friday, and another 8,000 will become available at noon the next day.

Customers who manage to snag a reservation will get a one-time-use link. They can then buy any dessert or dessert ingredient from a store or restaurant between Friday and Dec. 24, and use that link to submit their dated receipt for reimbursement by the end of the day on Jan. 4. The company says they’ll receive their $20 reward within two to four weeks.

“This year, turn that famous cheesecake into those famous brownies, end your meal with a friendly fight over the last holiday cupcake, share some cookies,” says the narrator of a brief video ad. “Anything that’ll make you feel anything in that cheesecake-shaped hole in your holiday heart.”

Cream cheese was in high demand even before this holiday season, the company said.

Kraft Heinz told CNN Business that retail demand jumped 18% in 2020, and the company is shipping 30-35% more cream cheese to restaurants than it did last year.

If you have to skip the cheesecake this Christmas, at least you can try for another treat on Kraft’s dime. Plus, there are plenty of cream cheese substitutes — not to mention dairy-free desserts — out there.

This story also appeared on the Morning Edition live blog.