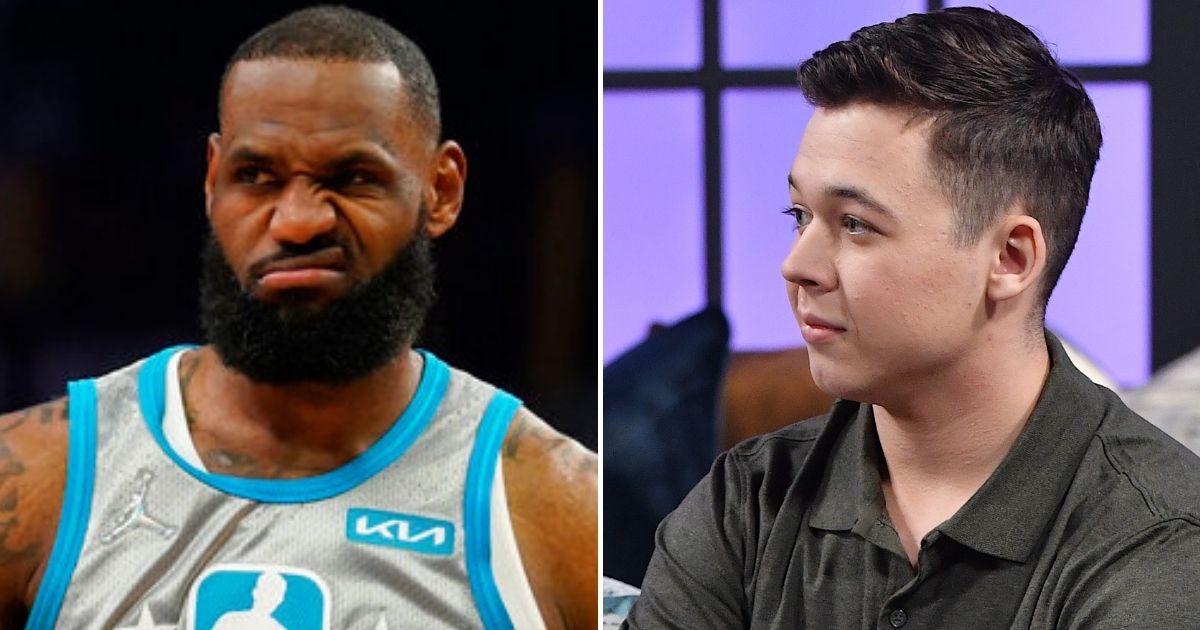 Since Kyle Rittenhouse was acquitted, many have wondered whether he would take legal action against celebrities and media members who suggested he was guilty before the trial even concluded.

One of the biggest names in that category was NBA superstar LeBron James. On Tuesday, Rittenhouse said the Los Angeles Lakers star will face a lawsuit.

During an appearance on “Frontlines,” host Drew Hernandez asked Rittenhouse what his plans were regarding James.

“He’ll be getting a letter, too,” Rittenhouse said.

BASED KYLE: @ThisIsKyleR denounces BLM and reveals he will be suing @KingJames

Just to make sure it was clear, Hernandez repeated the statement: “LeBron James will be getting a letter, too.”

“Anybody who defamed me or lied about me, we’re just going to send them a letter and then deal with them in a courtroom,” Rittenhouse said.

James was outspoken about his feelings towards Rittenhouse during the trial. At one point, he posted a tweet mocking Rittenhouse and suggested he was faking tears while testifying in court.

Is suing LeBron James the right decision for Rittenhouse?

What tears????? I didn’t see one. Man knock it off! That boy ate some lemon heads before walking into court. 🤣🤣🤣 https://t.co/LKwYssIUmD

During Rittenhouse’s January appearance on The Daily Wire show “Candace,” host Candace Owens told Rittenhouse the not-guilty verdict felt like just one step in the path to justice.

“I remember when they read the verdict and I was obviously very happy with the verdict, and I was just so angry at the people like LeBron James who were kind of feeding this narrative that wasn’t true,” Owens said.

“There is going to be some accountability, Candace,” he said.

While that comment seemed to implicate LeBron James already, Rittenhouse left no doubt on Tuesday. He will be taking James to court, presumably because he feels James attempted to defame him.

“Me and my team have decided to launch The Media Accountability Project as a tool to help fundraise and hold the media accountable for the lies they said and deal with them in court,” Rittenhouse told Carlson on Monday.

It remains to be seen whether Rittenhouse will see success in any of these lawsuits. All of these individuals certainly have very good lawyers, and the burden of proof will be high for Rittenhouse.

With that said, celebrities and media members need to be held accountable when they lie and defame people in front of national audiences. Successful or not, Rittenhouse’s initiative could be the first step.