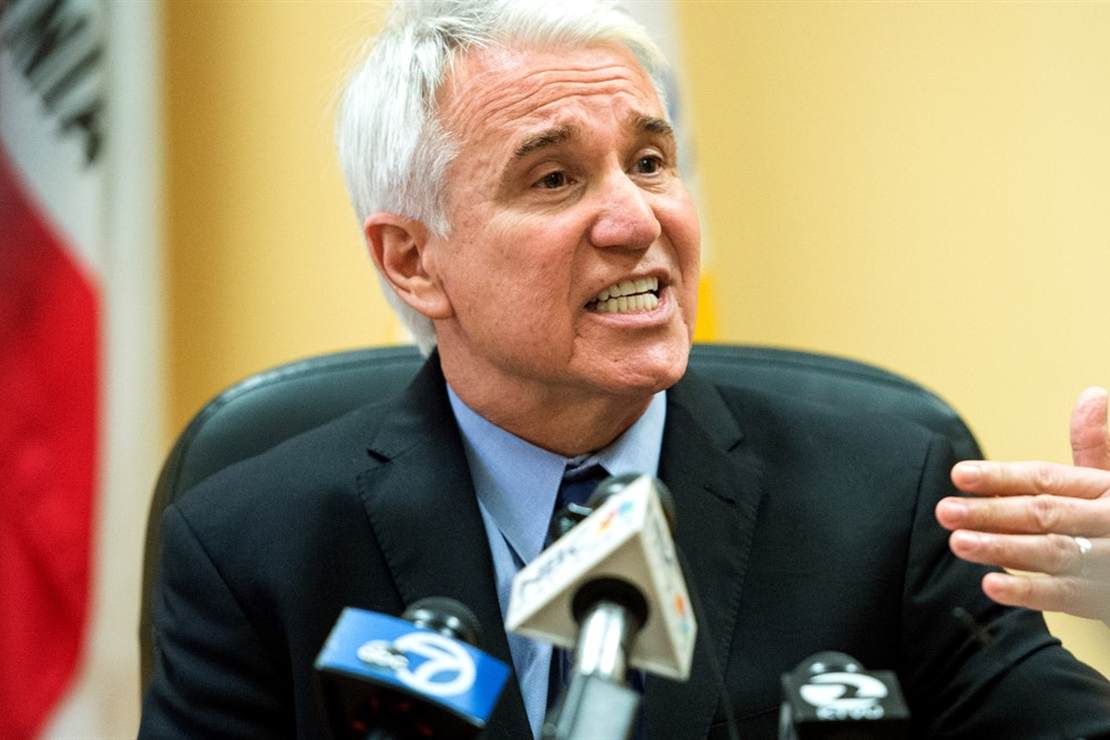 As I pointed out earlier today, Los Angeles DA George Gascon is already on his back foot over some embarrassing jailhouse recordings in a case involving the sexual assault of a 10-year-old girl. But things seem to be going from bad to worse for Gascon. This afternoon, members of the Los Angeles Association of Deputy District Attorneys (LAADDA) voted overwhelmingly to back the recall effort against their own boss. The group issued a press release:

97.9% percent of the front-line prosecutors tasked with implementing George Gascón’s policies voted to support his recall. The vote came after Gascón refused an invitation to address the prosecutors of his office to explain and defend his policies and provide his arguments why he should not be recalled.

“This vote is by those who are intimately familiar with how Mr. Gascón’s policies actually play out on a day-to-day basis. We believe the vote of our members will resonate with the voters of Los Angeles as they decide whether to recall Gascón from office and restore public safety as the priority of the District Attorney’s office,” commented ADDA President Michele Hanisee…

“Over a year ago, Gascón began a massive social experiment by redirecting prosecutorial resources away from enforcing the law while simultaneously ignoring large portions of the penal code. The result is an emboldened criminal element that knows the DA will not hold criminals accountable. This experiment needs to end,” said ADDA VP Eric Siddall.

There are 672 members of LAADDA so 83 percent participation works out to 560 who chose to vote and of those just shy of 98% support the recall. The prosecutor in the Robert Durst case told NBC the vote was a testament to Gascon’s “deplorable and unethical leadership.”

John Lewin, lead prosecutor on the Robert Durst Murder Case pulled no punches telling @NBCNews “You can’t get 98% of people to agree that today is Tuesday. This is absolutely devastating. It is a testament to the deplorable and unethical leadership of George Gascon.”

Eric Siddall, the vice president of LAADDA, also spoke to Fox News about what prompted the overwhelming vote:

“One of the first things he did was create a set of directives — in other words, internal rules that DAs were supposed to follow. Some of those rules directly contradicted California state law,” Siddall explained. “One was that we couldn’t file strikes pursuant to the three-strikes law. And the three-strikes law is a mandatory law. It’s something that the prosecutors don’t have the discretion to ignore.”

The second violation, according to Siddall, was Gascon’s alleged order for prosecutors to “dismiss existing charges that [Gascon] personally disagreed with.”

“Whole sections of the penal code he said we’re no longer enforceable,” he explained. “And that presents a problem, a legal problem on two fronts. First of all … the prosecutor is part of the executive branch. We can’t just void sections of the law. In effect, what he is doing is he’s making things legal by not enforcing them.”

Between this and the support from Hollywood, it’s really starting to seem possible Gascon could be in trouble. In order to get the issue on the ballot, recall supporters need to gather 566,857 valid signatures by July 6. So far they haven’t revealed how many signatures have been gathered.

Here’s Eric Siddall’s appearance today on KNX News radio in Los Angeles. Toward the end of this he talks about the Hannah Tubbs case. Siddall says he knew about the tapes weeks ago and finds it hard to believe the DA’s office didn’t know.