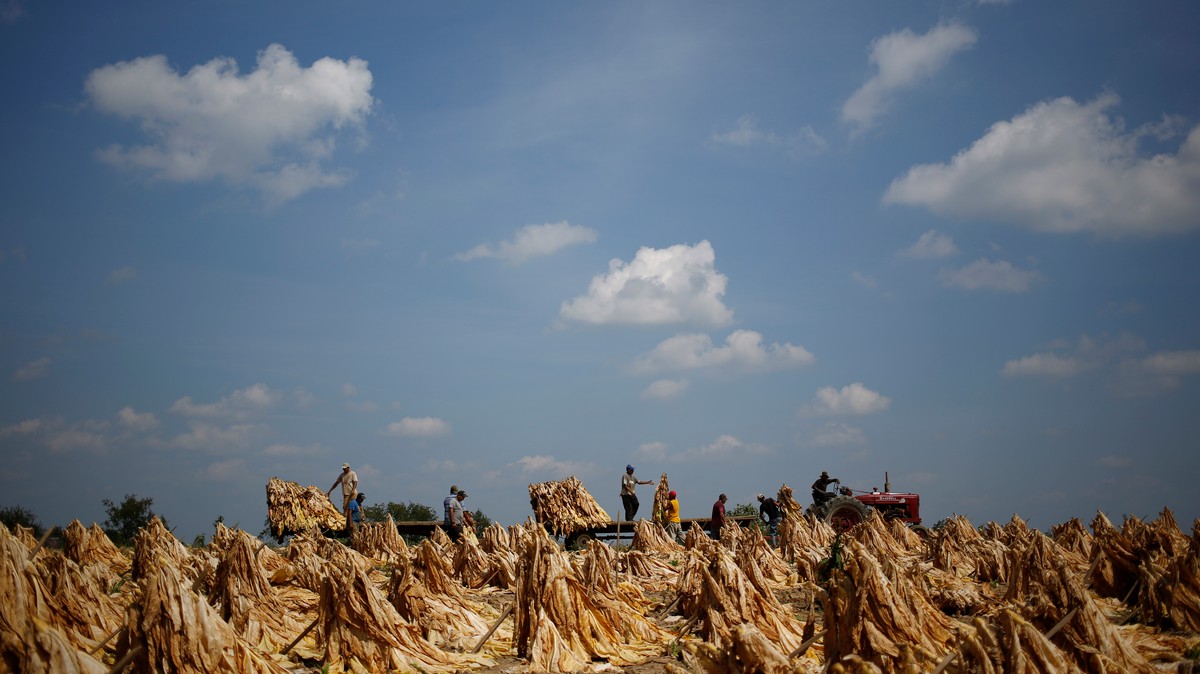 Migrant workers from Mexico and Nicaragua work on a farm on September 9, 2013. (Photo by Luke Sharrett/Getty Images)

The Biden administration, including Vice President Kamala Harris, is being pressured to investigate a popular guest worker visa program that contributed to horrifying conditions at farms in Georgia, where workers were allegedly forced to dig onions with their bare hands for pennies per bucket at gunpoint.

The allegations surfaced in November as part of a bombshell federal investigation dubbed “Operation Blooming Onion.” On Tuesday, leaders with United Farm Workers, the American Federation of Labor and Congress of Industrial Organizations, Amnesty International, the Southern Poverty Law Center, and others sent a letter to Harris and the heads of the Labor and State Departments, as well as the secretary of the Department of Homeland Security, urging them to do something about the country’s H-2A visa program, which is critical to America’s agriculture industry but easily exploited.

“What we are seeing with the H-2A program in Georgia—and likely elsewhere in America—amounts to modern day slavery,” United Farm Workers’ President Teresa Romero said. “This is an especially gruesome example, but it’s not isolated. This story is one symptom of a program that needs urgent intervention. We must act with the urgency that matches the severity of the flaws in this program.”

In this case, a crime ring was accused of fraudulently using the H-2A program to bring scores of Mexican and Central American laborers into the U.S. to work on Georgia farms. There, the workers were allegedly forced to work in horrible conditions—and threatened with violence if they refused. One worker was allegedly kidnapped and repeatedly raped, while at least two died, according to the U.S. Attorney’s Office for the Southern District of Georgia, which announced that 24 people had been indicted as a result of the allegations last year.

“We are alarmed by this case—not only because of its devastating allegations, but also because we believe that many other such abuses likely exist given the deeply flawed nature of the H-2A program and the widespread violations of farmworkers’ limited labor rights,” the organizations wrote in the letter. “We call on the administration to immediately launch an investigation as to how this wide scale abuse occurred and to locate other victims in this case, as well as to conduct a full audit of the H-2 program in order to ensure such abuses do not happen again.”

The H-2A program, which is rapidly expanding, allows farmers to temporarily bring foreign nationals into the U.S. for seasonal employment, though employers are supposed to abide by certain conditions: They can’t confiscate documents, they must pay the workers certain rates, and they must provide housing and transportation, for example.

Without the program, farmers would likely struggle to find laborers willing to perform the backbreaking work.

But, advocates say, laborers are often underpaid, subjected to unsafe living quarters, and exploited. They’re also frequently charged abusive recruitment fees, which ensure that workers arrive at their jobs indebted, and make laborers vulnerable to abuse, since they’re desperate to repay their recruiters, according to advocates and experts.

In their letter Tuesday, the organizations requested a meeting with the Biden administration to discuss potential actions that could be taken to protect workers, including structures that would enable laborers to assert their workplace rights, as well as “meaningful recruitment protections” to address the rampant, illegal practice of migrant laborers being charged illegal fees before they come to work in the U.S.

The vice president’s office, the Labor Department, State Department, and Department of Homeland Security did not immediately respond to VICE News’ request for comment.