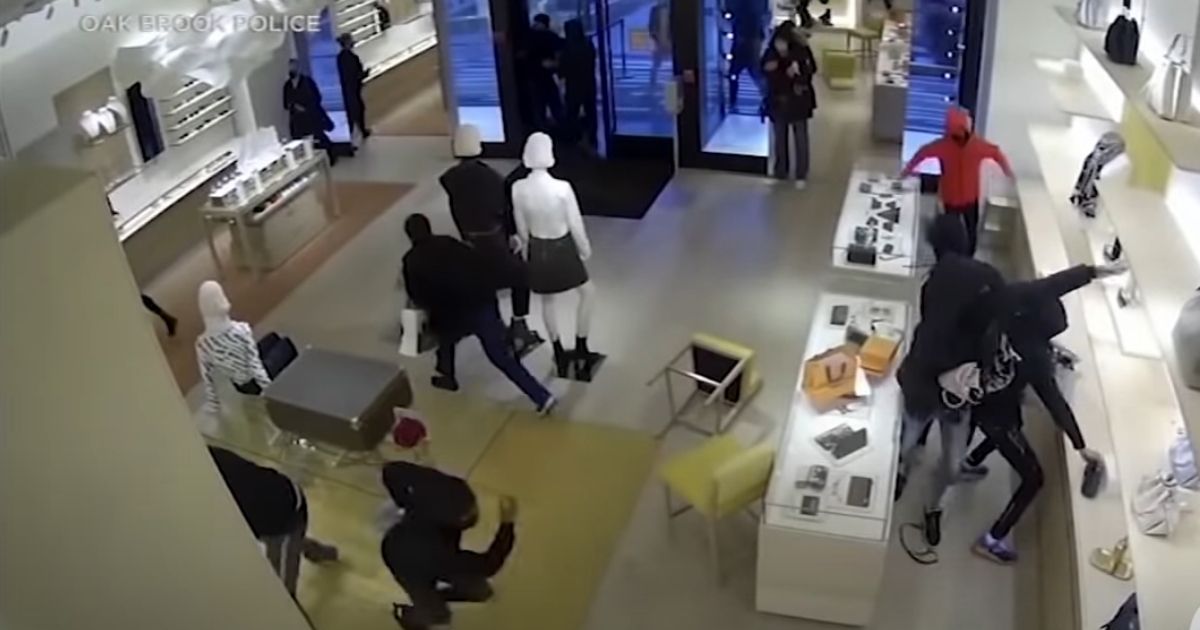 The Los Angeles Police Department arrested 14 suspects in connection with several “flash mob”-style smash-and-grab robberies in the area, but there’s a catch.

All of them were released because of California’s “zero bail” system.

“All the suspects taken into custody are out of custody, either as a result of one juvenile, or the others as a result of bailing out or zero-bail criteria,” LAPD Chief Michel Moore said, according to Fox News.

These individuals allegedly stole upward of $338,000 in goods from stores in Los Angeles and created $40,000 in property damage throughout the 11 times the businesses were hurt, the outlet reported.

Zero-bail policies force law enforcement to release suspects before their trial without bail if the charges against them are considered misdemeanors or nonviolent felonies, KFMB-TV in San Diego reported.

Liberal supporters of zero-bail argue that it prevents prison crowding and does not keep people who are not a threat to the public behind bars.

Of course, this results in people getting arrested multiple times within a short period for seemingly minor offenses, even though they ultimately become public nuisances.

WATCH: @TGowdySC sounds off on AOC for downplaying smash-and-grab robberies happening across the country #AmericaReports pic.twitter.com/g06J0jHOD1

That could very well happen with these suspects who were released, as they have placed a massive burden on business owners, retail workers and the general public.

Should these suspects have stayed in jail?

Their release serves as a frustrating development in the disturbing trend of mass theft in California and across the United States.

Luxury stores as well as retailers such as Walgreens and Best Buy are being robbed “flash mob”-style by swarms of people, with the goal being to not get caught on an individual basis while walking off with as much loot as possible.

Obviously, this behavior is incentivized if the suspects can be let go without bail while awaiting trial.

Customers and employees should have no reason to be on high alert while shopping, but soft-on-crime policies have violated even the most mundane places in our society.

Critics have also pointed to California’s Proposition 47, which changed theft and shoplifting up to $950 to a misdemeanor, as part of the problem.

“Newsom says Prop. 47 isn’t to blame for the lawlessness in our cities. By this exquisite logic, effectively legalizing retail theft is unrelated to the surge in retail theft,” Republican state Sen. Kevin Kiley tweeted last week.

Newsom says Prop. 47 isn’t to blame for the lawlessness in our cities. By this exquisite logic, effectively legalizing retail theft is unrelated to the surge in retail theft.

While Democratic Gov. Gavin Newsom and his fellow Democrats will never admit that their reckless policies have created an unsafe environment in the state, Californians are hopefully catching on.