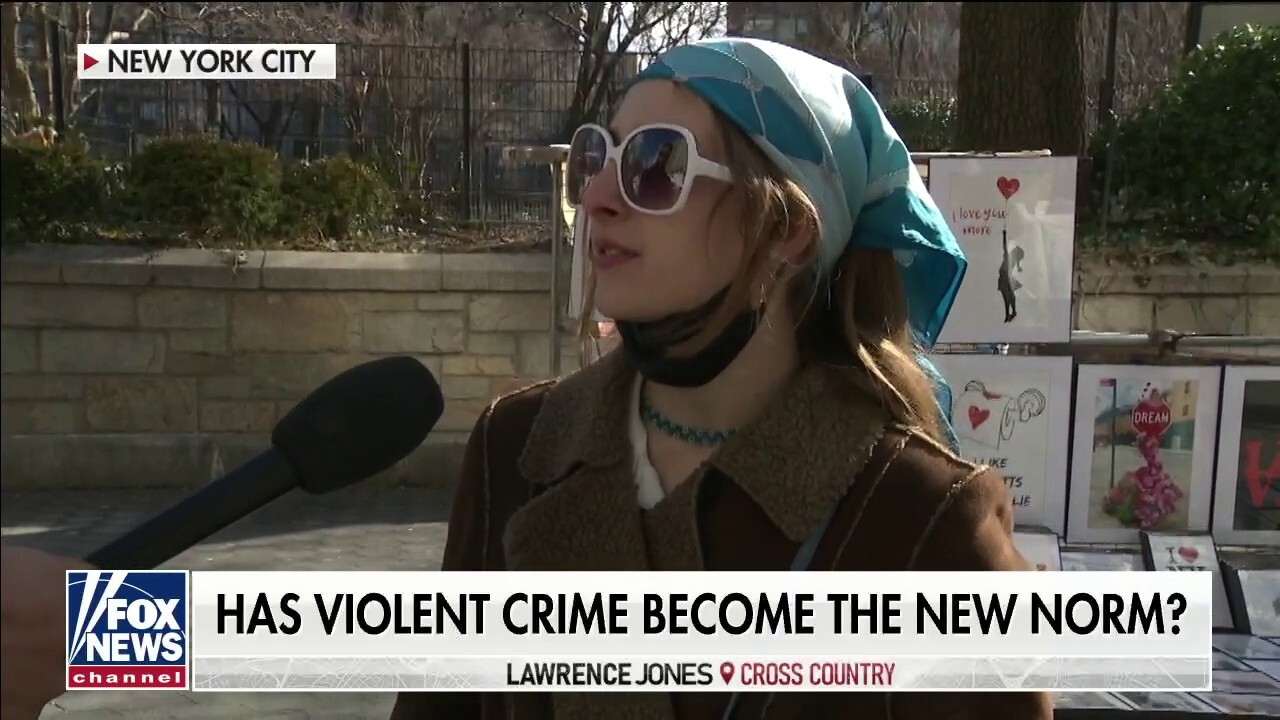 Lawrence Jones hit the streets of New York City to ask locals about crime and safety in the opening monologue of “Lawrence Jones Cross Country.”

LAWRENCE JONES: In spite of these cold, hard facts on your screen — look at the numbers, overall crime, transit crime, shooting incidents — they feel like it’s OK. I learned today that all of this is being accepted. It’s almost as if it’s being normalized. I left that part beyond stunned. Frankly, I didn’t expect those responses. But I wasn’t the only one. The former cops who were there to give me protection that day were left speechless. One even said this is why he retired, especially when he heard this:

“Like I said, man, s— happens. People always try to save each other, but, like, cops are —–, sometimes they deserve it. But I understand they’re trying to protect us, they’re doing the best they can. But, like, to an extent, all cops are b——-, you know. Like, s— happens, like, that’s all I really got to say.”

With everything that’s going on, they still want to defund the police. And just so we’re clear, all those conversations that we were having, that was everyone. That was everyone. I couldn’t find anyone to say that crime was … high right now.

WATCH HIS FULL COMMENTS BELOW: