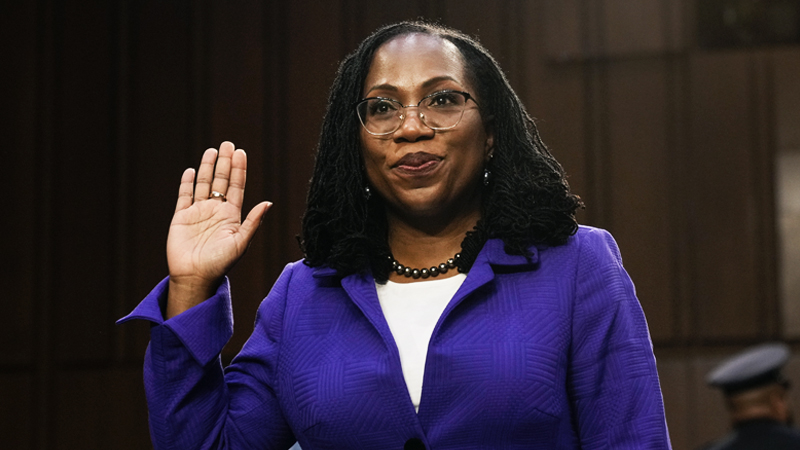 Appearing on Steve Bannon’s “War Room” on Monday, Davis explained that the left attempts to characterize criticism of Jackson’s questionable record as “smears” are unfounded, because Jackson’s own lengthy record speaks for itself.

Davis went on to highlight how as Vice Chair of the Sentencing Commission, Jackson had directed the commission to investigate child pornography cases, which make up less than 2% of the federal criminal docket.

“She took it on her own initiative to look into these federal sentences for people who possess and distribute child pornography,” he noted, adding that pointing these instances out is “not a smear.”

Davis then outlined at least 7 instances of Jackson as a federal judge going soft on child sex predators, including “one instance where the guy should have gotten up to 120 years in prison — she gave him 3 months.”

Davis claimed that the Democrats “should have found” these questionable aspects of Jackson’s record before putting her up for confirmation, and noted that Senate Judiciary Committee Chairman Dick Durbin (D-Ill.) has been deliberately “hiding her record.”

“He is hiding the fact that she did this advocacy on the sentencing commission,” Davis explained. “We have her public transcripts. Dick Durbin is refusing to release her routine records from her time as Vice Chair of the Sentencing Commission.”