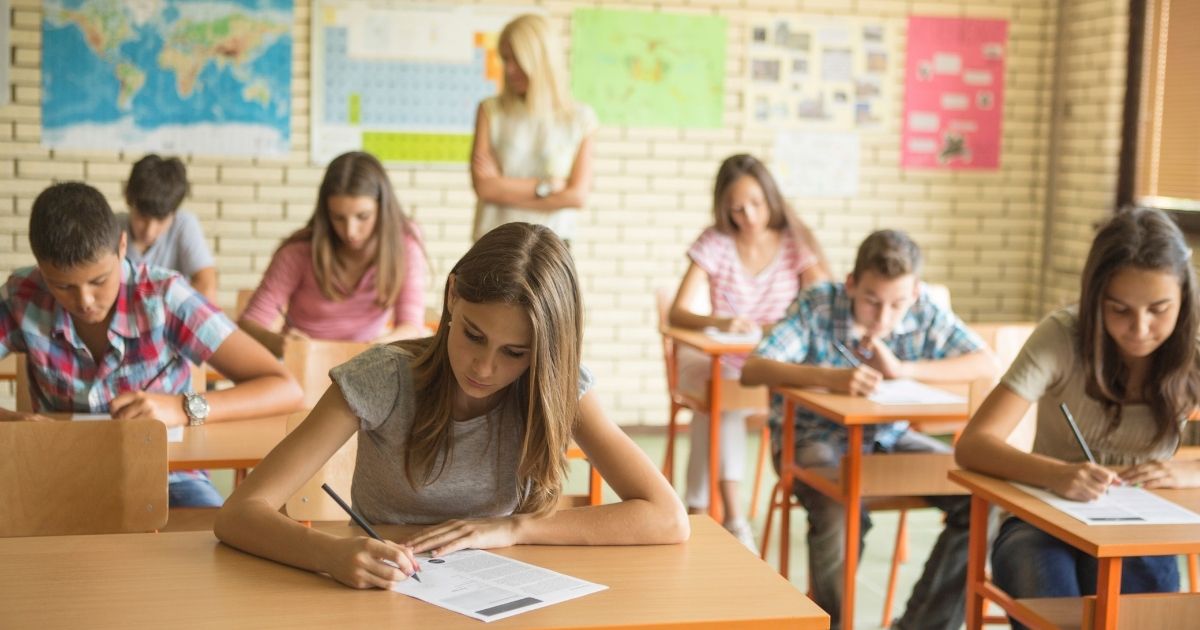 The public school system has become a major battlefield in the war for the hearts and minds of our children.

It began decades ago, with leftists achieving such lofty goals as eliminating God from the classroom and denigrating America and its founding in the minds of generations of students.

Now they’re out to undermine parental rights and authority in the most fundamental way — by complying with the wishes of gender-confused children against their parents’ will.

In the euphemistic name of “affirmative care,” many schools are using the preferred pronouns and names of these troubled kids over objections from parents.

That’s exactly what happened in Wisconsin, where parents are now suing the Kettle Moraine School District for insisting on their 12-year-old daughter’s “transition” without their consent, NBC News reported.

The lawsuit was filed Wednesday in Waukesha County Circuit Court on behalf of two sets of parents by the Wisconsin Institute for Law and Liberty and Alliance Defending Freedom.

According to legal filings, the girl was experiencing anxiety and depression and “began questioning her gender” in December 2020, prompting her parents to withdraw her from school and send her to a mental health facility for treatment.

Rather than helping her sort out her confusion, the facility convinced the girl that she was a boy and should begin living as a male.

Her parents were concerned about this and communicated as much to the school as they hashed out the details of her return to the classroom in mid-January.

But instead of honoring the parents’ wishes to put the brakes on their daughter’s “transition,” administrators at Kettle Moraine Middle School informed them that they would use the girl’s chosen male name and pronouns as per the district’s policy.

Given no other choice, the parents withdrew their daughter from school again and kept her home for a few weeks, a decision that would prove fruitful.

“During that time, her demeanor quickly began to change, and about two weeks later, she changed her mind about wanting to transition to a male identity, deciding instead that she wanted to continue using her birth name and female pronouns,” the lawsuit said.

It’s difficult to imagine that she would have so easily discarded her new identity if the school and district had had their way.

WILL said in a statement that the school system denied this family the chance to take the “cautious approach” many doctors recommend, instead pushing the transition process that “can become self-reinforcing and even do long-term harm” to a child.

“The Kettle Moraine School District’s policy disregards these medical professionals and instead takes this life-altering decision out of parents’ hands and places it with educators,” the statement continued.

“By enabling minor students to transition at school over their parents’ objection, the district is effectively making a treatment decision without the legal authority to do so and without informed consent from the parents. This policy violates the constitutionally recognized rights of parents to raise their children.”

Public schools have no problem usurping the rightful authority of parents on this issue or any other because they’re true believers in the power of social engineering.

Children who are physically separated from their parents all day in government buildings are easily manipulated by the adults in charge.

Rather than acknowledging that they work for the taxpayers, teachers and administrators often see parents as obstacles to what is best for their children.

While that may be true in rare instances, the vast majority of children are better served by family members who love them and know them best.

The good news is that transgender ideology is so damaging, so absurd, that parents of all political stripes are taking notice and pushing back.

“You think the parents must be right-wingers or crazy,” Abigail Shrier, who literally wrote the book on the issue, tweeted last week.

“Then, gender ideology comes for your kid and you learn how many forces are stacked against parents. And these parents start to look more like heroes.”

You think the parents must be right-wingers or crazy.

Then, gender ideology comes for your kid and you learn how many forces are stacked against parents.

And these parents start to look more like heroes. https://t.co/DMzc5Eizrz

Shrier’s tweet came in response to footage of a protest at Stanford University, where pediatric psychiatrist and New York Times contributor Dr. Jack Turban is employed — just the kind of “expert” who supports this insanity.

America’s public school system has been a cesspool of the worst ideas and practices for years, but parents are only beginning to see how truly toxic their children’s schools can be.

The lawsuit against the Kettle Moraine School District is exactly the kind of battle we need to fight to put a stop to the madness.