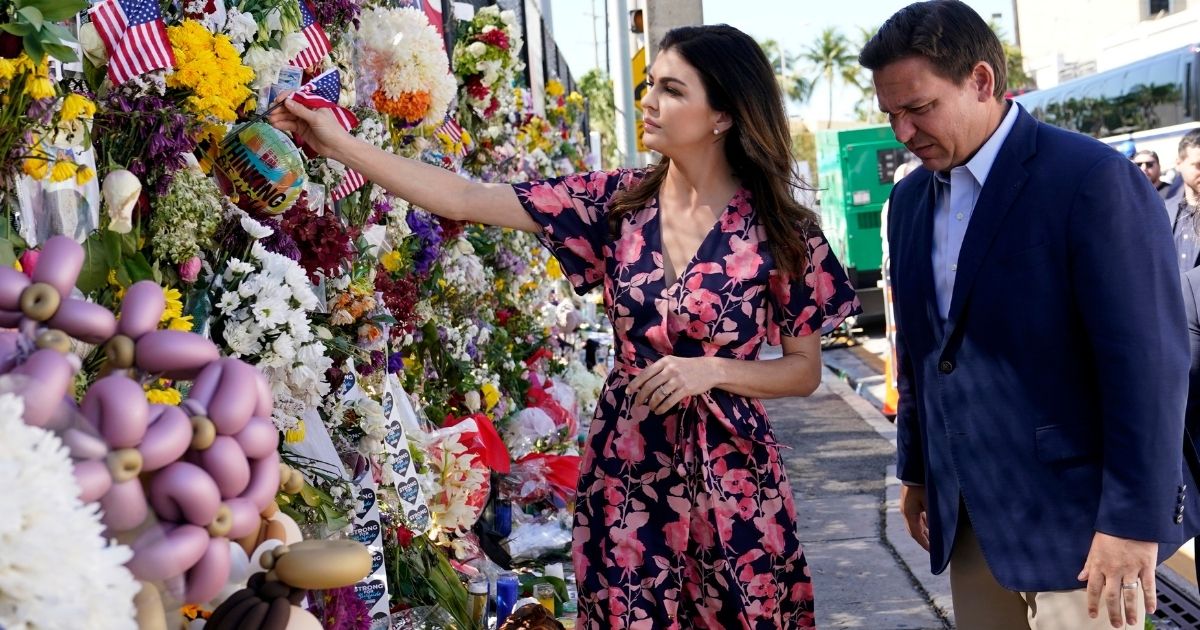 Florida Governor Ron DeSantis has apparently been out of the public eye for much of the past week, a change that didn’t go unnoticed by circling leftists.

Amid sharply rising cases of COVID-19 (and a markedly stagnant low death toll), this was seemingly the perfect time for these caring critics to begin questioning his whereabouts.

The grassroots campaign quickly took off as left-wing media personalities and aspiring politicians jumped to attack the governor.

“Seriously, where is Ron Desantis? (sic) It’s genuinely concerning and odd,” MSNBC host Joy Reid wrote. “Florida is clearly in crisis, which mainly at this point is a leadership crisis.”

Seriously, where is Ron Desantis? It’s genuinely concerning and odd. Florida is clearly in crisis, which mainly at this point is a leadership crisis. Would he pop back up to sue if the Biden administration were to send in federal testing and vaccine help? https://t.co/3lGCnhNWyK

Other leftist personalities began to march in lockstep, all calling out the governor for seemingly abandoning his state at the worst of times. Editors of disinformation mills, mainstream media analysts and even DeSantis’ Democrat challenger publicly ripped him, seemingly without doing anything substantial to investigate on their own.

Omicron is surging and my state Florida is on the brink of a major public health crisis.

But nobody knows where the governor has gone.

But seriously, where is Ron DiSantis? How does the Governor of one of our largest states just check out during a surge in a pandemic?

As governor, I’ll show up.

If these people had looked into the whereabouts of Ron DeSantis, they likely would have avoided the embarrassment of making these posts in the first place.

No, DeSantis wasn’t emulating President Joe Biden and taking a beach vacation. Nor was he fleeing the country, hiding away or hiking the Appalachian Trail.

According to Fox News, a DeSantis spokesperson said the governor was caring for his wife during her cancer treatments.

If this isn’t enough of a burden, a snippet of Governor DeSantis’ packed schedule has been made public.

According to DeSantis press secretary Christina Pushaw, who posted the schedule, the governor wasn’t just caring for his sick wife but “was working all week too.”

Yes, and he was working all week too — these conspiracy theorists can look everywhere except his public schedule pic.twitter.com/NTdKqy41tw

Everyone makes mistakes — even our elite overlords on the political left. A good choice for them, moving forward, would be liberal use of the “delete” button and a sincere apology to the DeSantis family.