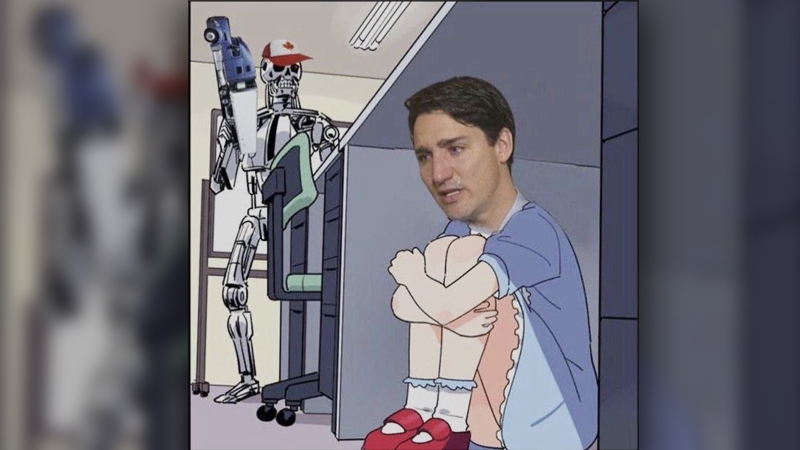 The dam has broken in Canada as 50,000 truckers and hundreds of thousands of supporters descended upon Ottawa to demand Prime Minister Justin Trudeau lift all COVID restrictions, including vaccine mandates.

Trudeau fled to an “undisclosed location” just before the Freedom Convoy arrived on Saturday, prompting a flood of epic memes referring to the disgraced PM as “Brandeau” in reference to the anti-Joe Biden slogan “Let’s Go Brandon.”

In America we have the chant, “Let’s Go Brandon” as code for F Biden. In Canada perhaps it should be,

I think the majority of us are sharing memes that shit on Trudeau its a non-stop laugh fest pic.twitter.com/qssYU3FUXh

I saw this meme while sitting in ER with my 94-yr old grandfather. He was a trucker. Drove 30 years for Carolina Freight.

He’s likely dying, barring his trademark stubbornness combining with a miracle from the Lord.

I think I’m going to tweet about PaPa as I sit with him… pic.twitter.com/FJGuFv1Y5E

The truckers have indicated that they are well-provisioned and are prepared to hunker down in Ottawa until Trudeau capitulates and allows Canadians to live freely.

‘WE ARE CANADIAN’: Canadian Patriots Rally Around Truckers as Nationwide Protest Grows