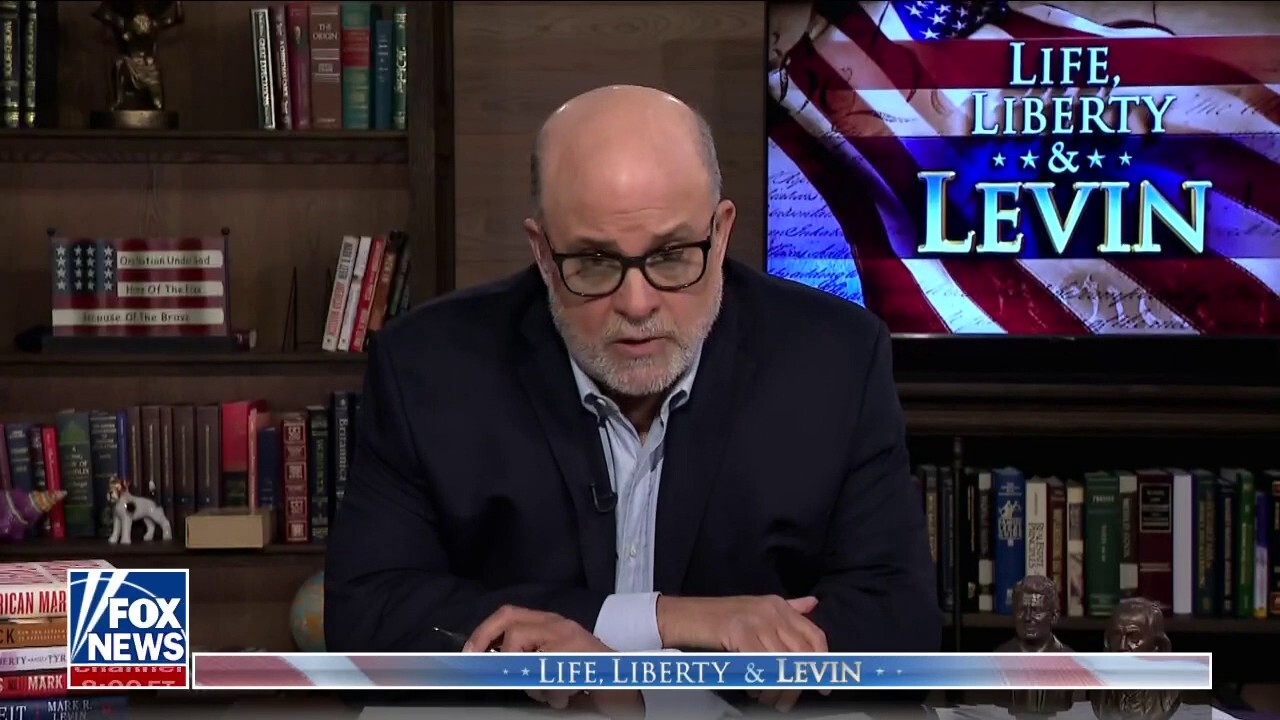 Fox News host Mark Levin warned Sunday that President Biden will embolden a nuclear competition if he moves forward with the Iran nuclear deal, threatening not just neighboring countries in the region but communities “all over the world.”

The Biden administration has made it a top priority to re-enter negotiations with Tehran first established under the 2015 Joint Comprehensive Plan of Action (JCPOA), and intends to move forward with the deal, despite a recent Iranian missile attack near a U.S. consulate.

“This administration has appointed Putin, for all intents and purposes, to negotiate on our behalf with the regime in Tehran, that keeps talking about death to America,” Levin told “Life, Liberty, & Levin” viewers. “They already fired ballistic missiles at our consulate. What is the response of our government? ‘Well, they didn’t mean to hit our consulate.’ The enemy hears this stuff, the enemy sees this stuff.”

Iran’s powerful Revolutionary Guard said on its website that it launched a missile barrage that struck early Sunday, March 13, 2022, near a sprawling U.S. consulate.
(AP)

“What will happen if Iran gets nukes? Well, what’s happened with Putin and nukes, he is waving them around, he is trying to control the battlefield by threatening us…what do you think Iran will do?” Levin continued. “If Iran unleashes Hezbollah against Israel, if Iran topples the government in Egypt or Saudi Arabia, well we can’t do anything because Iran has nukes.”

The Trump administration withdrew from the deal after citing frustration over Tehran’s continued testing of ballistic missiles. If Biden re-enters the deal, he will give Iran the leverage to “make threats on behalf of its ideology and fundamentalism all over the world,” Levin said.

March 9, 2016: In this photo obtained from the Iranian Fars News Agency, a Qadr H long-range ballistic surface-to-surface missile is fired by Iran’s powerful Revolutionary Guard, during a maneuver, in an undisclosed location in Iran.
(AP/Fars News Agency)

“It has to be stopped. And yet, the Biden Administration through Putin is negotiating a deal that is weaker than the deal of 2015, it will give tens of billions to the Iranian regime without restriction, it will ensure that they have nuclear weapons, ICBMs, that could reach any corner of the earth. It will ensure that terrorists who right now on terrorist watch lists, will be removed.

“Ladies and gentlemen,” Levin concluded, “Joe Biden is going to unleash a nuclear competition where Third World countries will have nuclear weapons, and they will be easier and easier to get and harder and harder to control, that might even wind up in hands of terrorist organizations if we do not put an end to this.”