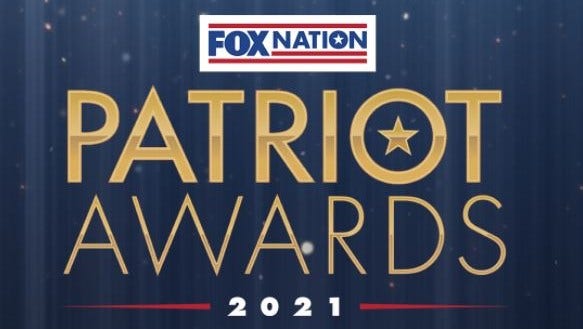 Fox Nation will present the 3rd Annual Patriot Awards, live from the Hard Rock in Hollywood, Florida; streaming on the Fox Nation platform.

Hosted by Pete Hegseth, the Patriot Awards highlight great Americans and everyday heroes from across the country.

D’Corey Johnson, a third-grade student from New York State whose rendition of the national anthem has gone viral, will kick off the awards show, followed by an appearance by the state’s Republican governor, Ron DeSantis.

In his opening remarks, emcee Hegseth made the comparison between the two American “Hollywoods” – the one in Broward County, Fla., where the Patriot Awards are taking place – and the one in Los Angeles, Calif., where the entertainment awards take place.

He praised the service of American military members, saying that they all collectively are the “reason we are here.”

“Our 244 year old experiment in human freedom … is today the most free, most diverse, most tolerant, most just and most prosperous country the world has ever seen,” Hegseth added.

“If you don’t love it, you can always leave it.”

This is a developing story.