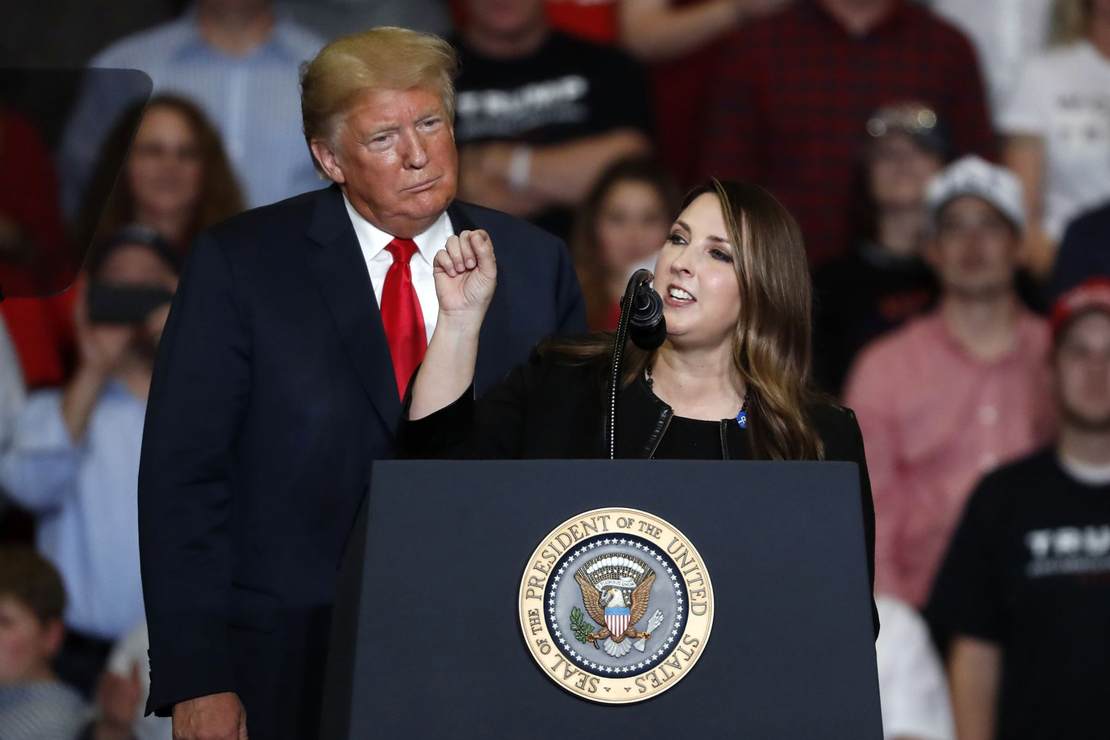 She may have dropped the name but she’s still a Romney at heart.

Which I mean as a compliment, unlike 90 percent of Republicans who’ll read the headline above and agree with me.

I don’t think Ronna McDaniel is trying to make Uncle Mitt proud here. She’s trying to win a midterm election. She watched Glenn Youngkin flip a Biden +10 state by clawing back a meaningful chunk of suburban voters who had strayed to the left during the Trump years. The upshot of her remarks a few days ago to the Christian Science Monitor is to signal to those voters that there’s room in the Trump-era GOP for people who voted for Biden.

Heck, per Liz Cheney’s example, there’s room in the party for people who hate Trump. At least until Cheney is primaried into oblivion next summer.

McDaniel’s top priority is maximizing the GOP’s chances of winning elections and this is her perfectly rational strategy for doing so. Donald Trump’s top priority is settling personal scores and continuing to try to talk the country into believing that he didn’t lose an election he obviously lost. It’s anyone’s guess how he’ll react upon realizing that the head of the RNC — his party — doesn’t share his agenda.

Ms. McDaniel acknowledges that Joe Biden is the president, despite Mr. Trump’s continued resistance to the idea. But she hedges on whether his election was legitimate, despite the certification of results in the states and by Congress on Jan. 6.

Is that caveat, that there were “lots of problems with the election,” enough to spare her one of those venomous candygrams Trump fires off at his enemies two or three times a day? McDaniel and the RNC did form a “Committee on Election Integrity” back in February but that seems in hindsight to have been aimed at humoring Trump, not to do anything meaningful. McDaniel has criticized Sidney Powell for some of the election conspiracy theories she pushed last year at RNC headquarters and reportedly told donors and party officials this summer that “focusing on re-litigating the results of the 2020 election could hurt the party going forward.” She doesn’t care about “stop the steal,” assuming she ever did.

A telling bit from her chat with the Monitor: “I think every Republican right now should be talking about 2022. I’m not talking about anything else other than what Biden is doing to destroy our country: high gas prices, an open border, an opioid crisis. Everybody else can do their own thing, but I think we should be talking about Joe Biden.” That’s good politics. Think the “everybody else” alluded to will listen to her? Or will that “everybody else” go on ranting about Mitch McConnell and the popular infrastructure bill that 13 House Republicans supported?

Even if Trump’s willing to forgive McDaniel for legitimizing Biden’s victory, I don’t know if he’ll forgive her for this:

In a media roundtable hosted by the Christian Science Monitor Thursday, McDaniel was asked if she considered Cheney to be a Republican.

McDaniel said, “The Wyoming GOP took their actions. Obviously, she’s still a Republican. She’s a Republican in the conference. But I get from a state party standpoint when you have a congressperson or senator who’s not supporting your state party, who’s not talking about electing Republicans up and down the ballot. You know, the thing about that, that everybody should be taking notice, is a state party is the most grassroots body that a state has. These are people who are running in their district committee, and they’re going to their county convention, and they’re getting on their state committee. And they really represent where the party is in their state. So, that was their choice to do that. And then, the voters will make a choice in the primary.”

That’s an exceedingly neutral posture for her to take towards the one candidate more than any other — Democrats included — whom Trump wants to see defeated next year. What will McDaniel do once he inevitably demands that the RNC support Harriet Hageman, Cheney’s primary challenger?

Whose party is it, his or hers?

Speaking of people whose hold on leadership might be weaker than they think, this clip caught my eye in light of yesterday’s post about Trump cronies grumbling about Kevin McCarthy. First it was Mark Meadows giving the House GOP leadership poor marks, now it’s Matt Gaetz falsely claiming that the GOP could have blocked the infrastructure bill if only they’d hung together. In reality, if Republicans had voted no on a party line, the Squad likely would have held their noses and voted yes to pass it. Interestingly, Gaetz doesn’t reserve his scorn for his colleagues who supported the bill; he blames McCarthy implicitly for bad leadership and bad tactics. I wonder if Trump won’t try to oust all top Republican officials, starting with McCarthy and McDaniel, who are only 99 percent loyal to him if the GOP cleans up next fall. Why settle for 99 percent loyalty when there’s no shortage of sycophants willing to give you 100 percent in exchange for power?

After praising his speech last night, Gaetz runs to Bannon today to trash McCarthy for the L: “While we heard Leader McCarthy speak for a great duration of time, it was like a long death rattle. The outcome was already determined as a consequence of poor leadership and strategy.” pic.twitter.com/2bVNhrIxvm