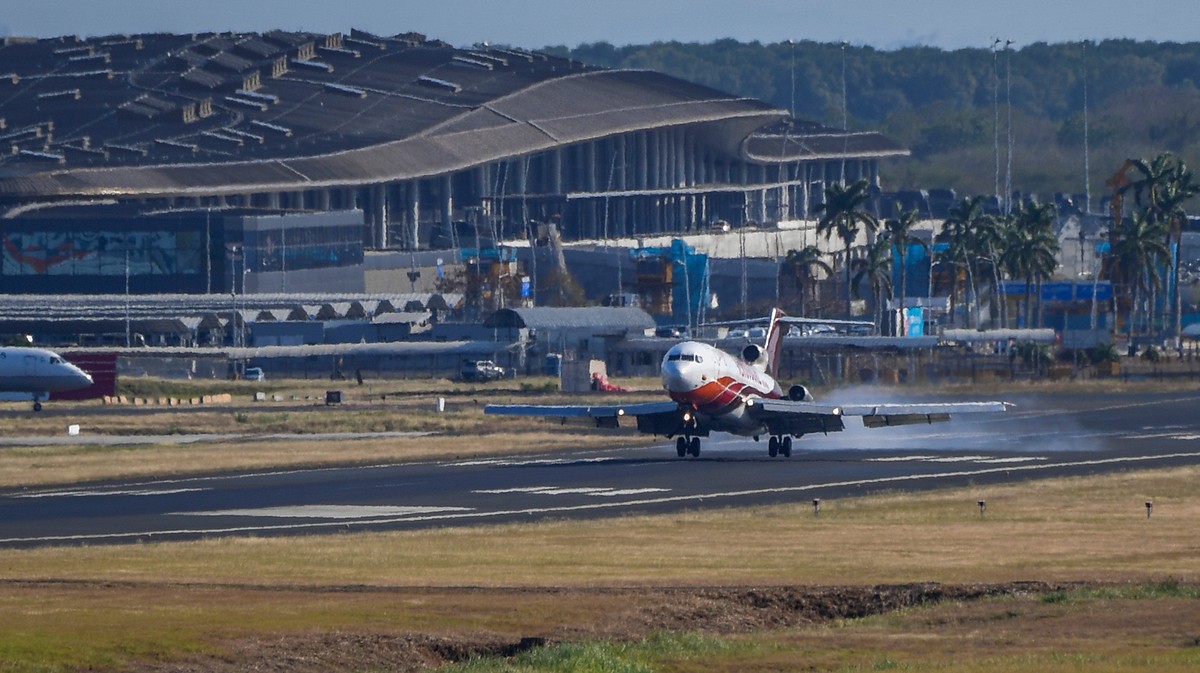 Panamanian police arrested a suspect Friday in the theft of more than a million U.S. dollars that were bound for the United States to be destroyed.

The robbery took place at a cargo hanger of the international shipping company DHL located at Panama City’s international airport in October. Armed men arrived in a pick-up truck with an airport security logo on it at around 2 a.m. on October 6, threatened security guards and stole four bags of cash bound for the U.S., according to the police. Authorities later discovered the abandoned pick-up, but the robbers had escaped.

U.S. dollars are widely used in Panama as a secondary currency and hold a direct 1-1 conversion rate with the local Panamanian Balboa. The cash was reportedly in poor condition, and was being sent to the U.S. to be taken out of circulation.

Panama City’s Tocumen International Airport is one of the busiest in Latin America and a central hub for passengers transferring for flights between North and South America. Airport authorities released a statement after the robbery assuring travellers that there was no risk at the airport, since the robbery took place in the cargo terminal.

After the October 6 robbery, authorities initiated an investigation called Operation “Emperador”—Emperor. The arrest Friday morning was the first related to the theft, but the security guards who were robbed said several people were involved in the heist.

On October 29, Panamanian authorities released surveillance images of one of the alleged thieves and offered a $10,000 reward. It’s unclear if the man arrested Friday is the man from the wanted poster. Authorities did not name the man in custody, but did say that he had been connected to a rape case last year. He also had previously spent 10 years in prison for theft.

The arrest took place in the district of Penonome, about two hours from Panama City. One of Panama’s top prosecutors, Julio Villarreal, gave a brief press conference to announce the arrest and said tips from the local community led police to the suspect.

Villarreal also stated that investigators believe that the arrested man had additional accomplices. Police discovered a replica of a handgun during the arrest which they said would be considered as evidence in the case.