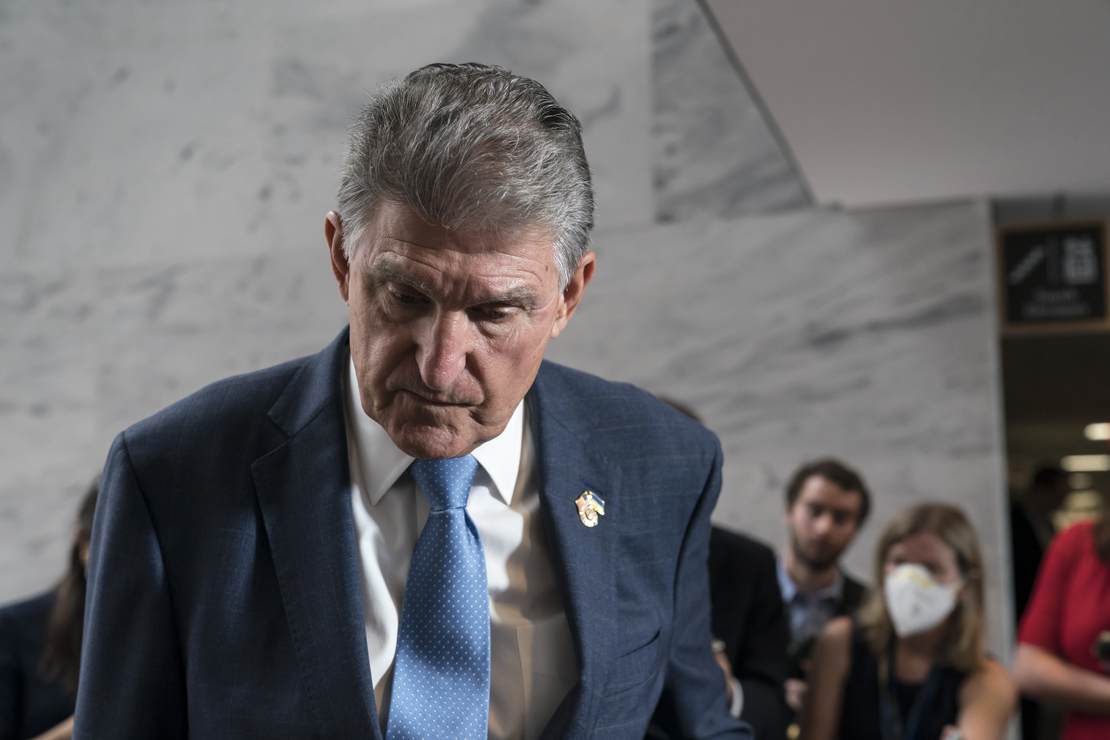 It’s too damn early for 2024 Senate polls, I hear you cry. And you’re right, but bear with me, because this has a current-events hook that Joe Manchin should have seen coming.

Apparently, his constituents did, at least according to this new poll out from WMOV in Jackson County, West Virginia, conducted shortly after Manchin’s deal with Chuck Schumer on the so-called “Inflation Reduction Act.” To call West Virginians unimpressed is to engage in understatement:

A new poll released Wednesday by Jackson County radio station WMOV 1360 AM and Oregon-based Triton Polling and Research found that U.S. Sen. Joe Manchin is vulnerable after his support for the Inflation Reduction Act.

And that has bad portents for Manchin in 2024, if he decides to try for another term in office. He barely won in 2018, with its mild blue-wave momentum, with a 48% plurality against Patrick Morrisey (no relation) in a three-way race. Now Manchin can’t get to 40% against any of three potential contenders, including Morrisey:

If the election were held today, Republican Attorney General Patrick Morrisey would beat Manchin 49.5% to 36.2%, with 9.4% choosing to support a different candidate and 4.9% unsure. Morrisey challenged Manchin for the U.S. Senate in 2018, losing by three points. Manchin received 49.6% of the vote, while Morrisey received 46.3%.

In a match-up between Manchin and Mooney, Mooney would beat Manchin 44.9% to 37.9%, with 12.2% preferring a different candidate and 4.9% unsure. Mooney defeated 1st District Rep. David McKinley, R-.W.Va., in the May Republican primary for the new northern 2nd District after West Virginia lost a congressional district. Mooney faces Democratic challenger Barry Wendell in November.

Gov. Jim Justice would beat Manchin 46.5% to 32% if the U.S. Senate election was held today. Some of Manchin’s top political operatives recruited Justice to run for governor as a Democrat in 2016. He defeated former Republican Senate President Bill Cole and took office in 2017, switching to Republican later that year. Justice also fired Manchin’s wife, former first lady Gayle Manchin, as cabinet secretary for the now-renamed Department of Arts, Culture, and History.

Democrats have nearly disappeared from public office in West Virginia, so these numbers aren’t a big surprise. The trendlines were well in place by 2018, but Manchin overcame those with a friendly midterm wind at his back, plus his long history and favorability. Even so, Manchin’s status has crumbled quickly at home, likely as a result of abetting Joe Biden and Chuck Schumer on massive spending.

Manchin bet that his hardball negotiations with Schumer on energy policy would boost his standing at home. Instead, it looks as though Schumer and the rest of the Senate Democrats played him for a sucker (via Scott Johnson at Power Line):

The permitting reform is a side-deal Schumer struck with Manchin in late July to pass a climate, tax and health care bill known as the Inflation Reduction Act (IRA), which is projected to help reduce that nation’s carbon emissions by 40 percent by 2030.

Manchin offered his support for the bill in July after winning significant concessions, and his vote allowed Democrats to pass a major achievement for President Biden.

Schumer made clear Wednesday that he doesn’t plan to backtrack on his promise.

“Permitting reform is part of the IRA and we will get it done,” Schumer said Wednesday. “Our intention is to add it to the CR.”

But that plan is running into opposition from progressive House Democrats and outside environmental groups. There’s also a chance that several Senate Democrats may balk at the deal with Manchin, now that they no longer need his vote to pass a budget reconciliation bill.

Rep. Raúl Grijalva’s (D-Ariz.) office told The Hill on Wednesday that 50 lawmakers had signed onto his letter calling for a separate vote on the permitting reform provisions instead of putting them in the continuing resolution.

Emphasis mine. Count Bernie Sanders among the enthusiastic renegers:

NEW — @SenSanders says he will vote against the government funding bill if it has @Sen_JoeManchin’s permit reform legislation.

Manchin needed to deliver on those energy concessions to keep his credibility in West Virginia. If he gets stiffed, voters in his state won’t be angry on his behalf — they’ll be angry that Manchin let himself get suckered by Schumer, Biden, and the rest of the Democrats in Washington. Not even a party flip would save Manchin if that happens — and this poll suggests that the time has long passed for that exit strategy already.